The “Swift, Certain, and Appropriate” Approach to Criminal Justice in Utah 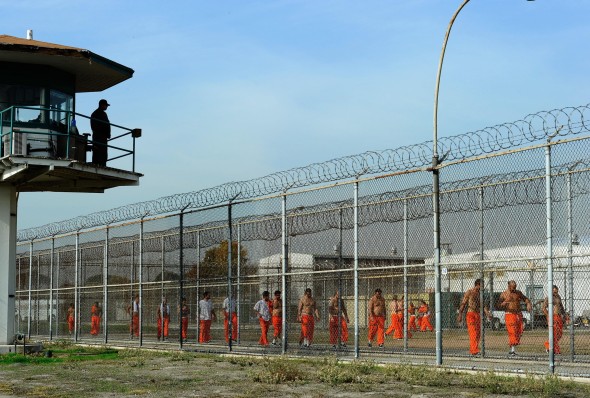 Utah’s Governor Gary Herbert, U.S. Senator Orrin Hatch, and U.S. Senator Mike Lee participated in the opening remarks and keynote address. As Senator Hatch noted, Utah’s reforms implement evidence-based changes not based merely on theory. Many strides have been made on the criminal justice front in Utah, which according to Senator Hatch, is attributed to the fact that crimes are better prosecuted at the state level than the federal system. Consequently, he believes areas still in need of reform at the federal level concern over-criminalization, over-federalization of crimes, and a deficiency of a mens rea element within criminal law.

When asked why the criminal justice reform issue was so necessary to tackle, Gordon stated that he knew there was a better way to address the rise in prisoner population than continuing the construction of more prisons. For Representative Hutchings, the need was particularly concerning because the system’s efforts for rehabilitation seemed to be failing at the reintegration level. While criminals were taken off the street, serving prison terms, and obtaining the necessary approval for release back into society, they were returning to prison in droves.

Of particular distress was the fact that those returning to prison were not re-entering the system for new crimes, but rather for violating rules pertaining to their previous criminal incidents such as probation violations. Cook’s motivation for reform was due to a revelation that the system was actually failing and the community was relying solely on incarceration to solve very deep-rooted problems.

Representative Hutchings indicated that the approach Utah has taken with regard to criminal justice reform has been a “swift, certain, and appropriate” one. This idea contradicts the emphasis on longer sentences and crime enhancements that were not going to make the necessary changes. The approach introduced the use of a matrix for local and state law enforcement. The matrix allows agents to consistently apply rewards and sanctions across the state and prevents a lottery-system sort of response to crime and criminals committing those crimes.

As a result, the new system improves individuals’ lives, such as affording repeated offenders committing non-violent crimes the ability to maintain their jobs without the threat of being thrown into prison immediately depending on the particular offense. To Gordon, the matrix is a graduated system of responses to help keep people in their respective communities by responding appropriately to individuals. The concept behind the matrix is to correct good behavior, since the old system encouraged offenders to eventually give up attempts at a regular life.

Overall, Utah’s focus centers on the concept that reform is, as Representative Hutchings stated, “not about the crime but about the individual.”