8 Ways Government is Waging a War Against Young People 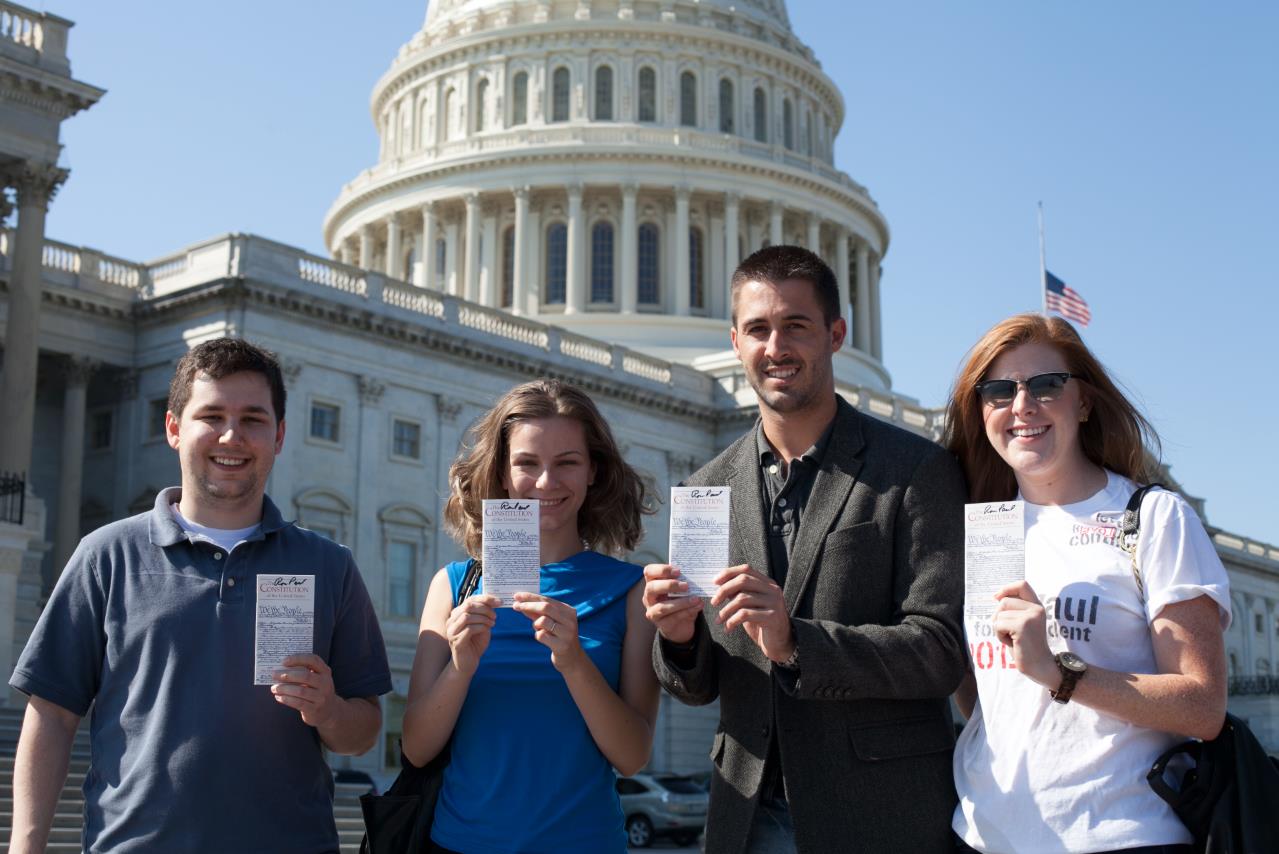 The U.S. youth unemployment rate is 16.3 percent, nearly 10 percent higher than the unemployment rate overall. All of the excessive regulations coming out of Washington are preventing employers from hiring new workers.

2. ObamaCare is a Bad Deal for Young People

Young and relatively healthy people will pay for old and unhealthy people in the Obamacare exchanges. If you’re a single adult with no kids, you’ll save at least $500 by not opting into the exchange and paying the government fine instead. Yes, you'll be fined if you do not buy health insurance. Doesn't matter if you don't want it or can't afford it.

As a result of ObamaCare, many young people are losing their health insurance, getting their work hours cut, or can't find a job. Surveys show that one-third of small businesses have held off hiring a new employee because they are uncertain about how the complicated law will be enforced.

4. Young People Won’t Receive Social Security—Despite Being Forced to Pay into the System

Working young people are forced to pay into Social Security through payroll taxes. Yet, most young people are pessimistic about their chances of ever receiving a dime of Social Security. A Cato Institute survey found "that 18- to 30-year-olds think it is more likely they will see a UFO (43 percent) than a Social Security check (28 percent) during their lifetime." And rightfully so. According to the Heritage Foundation, "in 2033, the Social Security trust fund will be exhausted, and the program will be able to pay only three-fourths of scheduled benefits." It's simply unfair to require young people--who are often struggling to stay afloat-- to pay into a broke system that will not live up to its promises.

5. Student Loan Debt is At An All Time High

The average debt load for the class of 2012 was a whopping $29,400. How are students supposed to pay off their student loan debt if they cannot find a job after graduation?

6. The Federal Reserve is Making Everything More Expensive

Want to know why the prices of goods have risen noticeably in recent years? The Federal Reserve is largely to blame. The Fed has "printed" money like there's no tomorrow. As a result, the value of the dollar has declined and prices have increased. People with low disposable incomes are especially hurt by the hike in prices.

7. Record Number of Young Adults Are Living At Home With Their Parents

A Pew Research Center poll found that 21.6 million young adults in America were living with their parents in 2012. Around 36 percent of 18- to 31-year-olds have either moved back in with their parents or never left home. Many move back home with their parents because of the lack of job opportunities and/or they cannot afford to live on their own. The stalled economy also means that a record number of young Americans are putting off marriage and having children.

8. The Government is Limiting Opportunities for Young Entrepreneurs

A Young Invincibles poll finds that 54 percent of millennials want to start their own business or have already started one. That percentage is even higher among minority youths. Around 64 percent of Latinos and 63 percent of African-Americans declaring their interest in starting a business. Yet, the government is discouraging entrepreneurship by imposing costly regulations and red tape.

This post is spot on! The sad part is how clueless many young people are that they have been duped to believe the GOP is all at fault....they aren't. The future for younger Americans is pretty bleak and the Obama administration has sold them a bunch of lies.

Amazing how transparent and obvious why a post like this would be made. Do you really want any of us under the age of 35 to believe that there's more than 5 young people in the US who vote for the GOP, let alone really think the Tea Party is actually legit?

Of course we know why this post was made. Simply because the GOP has no appeal to young voters, minorities, or much if anyone else. So why not write a post about "young people" as if they care about anything the party that dumped us into the recession to start with?

The author never indicated that the Democrats are at fault any where in this article aside from being unjustly forced to pay for healthcare. Nor did she put forth GOP policy as an answer to all the wrongs and injustices of government. The article seems to point out the absurdities and injustices that Government has imposed on young people.

Uncovering Misconduct at the EPA

On Wednesday, the House Committee on Oversight and Government Reform held a hearing to examine employee misconduct at the EPA. Misconduct has continued at the EPA despite repeated reform efforts and multiple hearings. Chairman Jason Chaffetz (R-Utah) opened the hearing by calling the EPA “one of the most toxic places in the federal government to work.” That is a big claim, and one that should alarm conservatives and libertarians who consciously worry about corruption, protectionism, and bureaucracy in the federal government.

Millennials make up only 24 percent of ObamaCare sign ups, still far below expectations

Before the initial ObamaCare open enrollment period, the Obama administration emphasized the need for millennials -- young people between the ages of 18 and 34 -- to sign up for health plans available on the exchanges. Health insurance companies need diversity in their risk pools to offset costs, because older and sicker people tend to utilize their coverage more often than the young and healthy.

Young people who have, under the threat of a punitive tax, purchased health insurance coverage on the individual market have seen their premiums skyrocket under ObamaCare. While premiums have increased substantially for everyone, a new study shows that millennials have seen larger increases than their older counterparts: