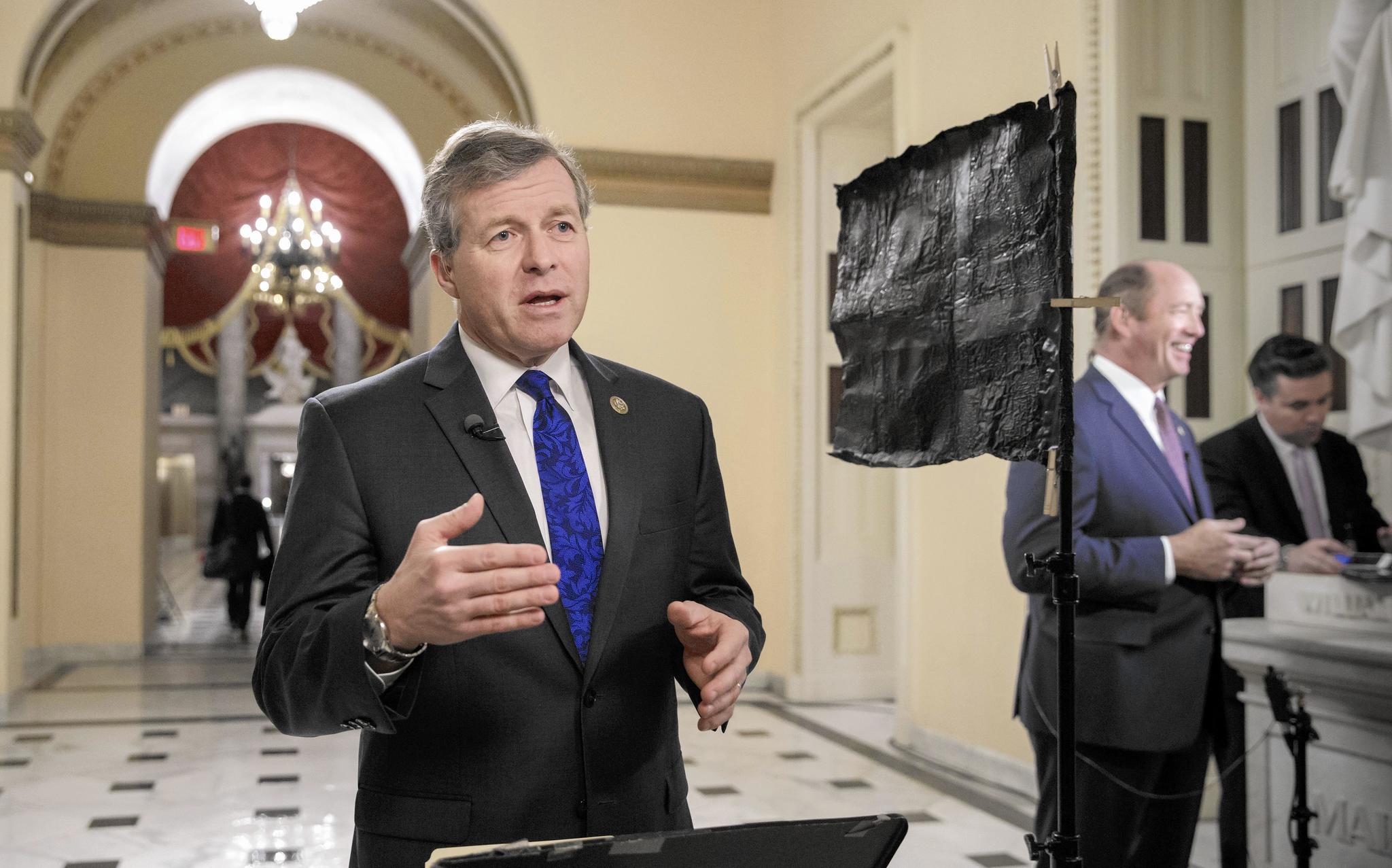 Rep. Charlie Dent (R-Pa.) is one of the leaders of the Tuesday Group, a caucus of Republican moderates

In recent days, moderates in the House Republicans Conference, known as the Tuesday Group, have balked at proposals from the House Freedom Caucus to repeal or modify certain parts of Title I of ObamaCare. This particular section of the 2010 includes the requirement for health insurance companies to cover individuals with pre-existing conditions (guaranteed issue), community rating, the essential health benefits, and much more. Together, Title I represents the core regulatory structure of ObamaCare, which, as the Heritage Foundation recently noted, is responsible for 44 percent to 68 percent of health insurance premium increases the nongroup market has seen.

The House Freedom Caucus has largely focused on the essential health benefits and community rating mandates, the latter of which is a major cost-driver. Few have made a serious push to repeal or modify guaranteed issue. Still, despite the substantial premium increases that are a product of Title I, members of the Tuesday Group refuse to address these cost-drivers in the American Health Care Act, H.R. 1628, which was pulled from the floor in dramatic fashion on March 24, nearly two weeks ago.

Since taking control of the House in January 2011, Republicans have, however, passed at least four bills that would have fully repealed ObamaCare, including all of Title I, most recently in January 2015. Most of the Tuesday Group -- including many of its most vocal members, Reps. Charlie Dent (R-Pa.), Adam Kinzinger (R-Ill.), and Chris Collins (R-N.Y.) -- voted for these bills. (Collins didn't join the House until January 2013.)

In most virtually every instance, the language was straightforward, as noted below. Now, some Republicans may have rested comfortably knowing that they could vote for a bill that would have died in the Senate. After all, Democrats had control of the Senate until January 2015, and none of the bills on which the House voted carried the privilege of a reconciliation bill, which bypasses a filibuster in the Senate. Even if a bill did manage to pass the Senate, President Barack Obama, who occupied the Oval Office at the time, would have vetoed it.

The thought, however, is infuriating. Those very same Tuesday Group members who voted to repeal ObamaCare in its entirety, have ostensibly perpetrated a fraud. When it matters, Tuesday Group members are trying to protect elements of ObamaCare, including the essential health benefits and community rating, that they have already voted to repeal on multiple occasions. Moreover, there were a few votes that defunded the law and its implementation.

January 19, 2011 - Repeal - H.R. 2: Effective as of the enactment of Public Law 111–148, such Act is repealed, and the provisions of law amended or repealed by such Act are restored or revived as if such Act had not been enacted.

Every Republican in the House voted for the Repealing the Job-Killing Health Care Law Act, H.R. 2, and it passed by a 245 to 189 vote. While there is not a publicly available list of Tuesday Group members, many of its current members, including Reps. Dent and Kinzinger, voted for this bill, which fully repealed ObamaCare, including Title I.

This amendment, offered by Rep. Steve King (R-Iowa), passed the House by a 241 to 187 vote. The amendment would have defunded ObamaCare, though it did not repeal it. Here again, every member of the House Republican Conference voted for the amendment.

This language to defund ObamaCare was included in H.R. 1473, a continuing resolution to fund the federal government. It passed by a vote of 240 to 185, with every House Republican voting for it.

The Repeal of Obamacare Act, H.R. 6079, passed the House by a 244 to 185 vote. The bill repealed ObamaCare in its entirety, including Title I. One would be shocked to learn that every House Republican, including members of the Tuesday Group, voted for it.

May 16, 2013 - Repeal - H.R. 45: Effective as of the enactment of the Patient Protection and Affordable Care Act (Public Law 111–148), such Act is repealed, and the provisions of law amended or repealed by such Act are restored or revived as if such Act had not been enacted.

Oh, look. It's another bill that repealed every word of ObamaCare, including Title I. Every House Republican voted for it, and it passed by a vote of 229 to 195.

September 20, 2013 - Defund - H.J.Res. 59: Notwithstanding any other provision of law, no Federal funds shall be made available to carry out any provisions of the Patient Protection and Affordable Care Act (Public Law 111–148) or title I and subtitle B of title II of the Health Care and Education Reconciliation Act of 2010 (Public Law 111–152), or of the amendments made by either such Act.

Though the language to defund ObamaCare was eventually stripped out of this continuing resolution, initially, it passed the House by a 230 to 189 vote. What about the members of the Tuesday Group? Well, the all voted for it. Only one Republican, then-Rep. Scott Rigell (R-Va.) voted against it. His vote, by the way, had nothing to do with ObamaCare. He was frustrated by funding the government through continuing resolutions.

January 28, 2015 - Repeal - H.R. 596: Effective on the date that is 180 days after the date of the enactment of this Act, the Patient Protection and Affordable Care Act (Public Law 111–148) is repealed, and the provisions of law amended or repealed by such Act are restored or revived as if such Act had not been enacted.

This was the first time Republicans tried to repeal ObamaCare while holding complete control of Congress, though their grasp on the Senate wasn't enough to overcome a filibuster. Still, House Republicans passed H.R. 596 by a vote of 239 to 186. This time, however, three Republicans voted against a bill that repealed the 2010 law. Those members were Reps. Robert Dold (R-Ill.), John Katko (R-N.Y.), and Bruce Poliquin (R-Maine), each of whom has been identified as Republican moderates. Reps. Dent, Collins, and Kinzinger all voted for it, along with other Tuesday Group members.

The Restoring Americans' Healthcare Reconciliation Act, H.R. 3762, which passed both chambers and was vetoed by President Obama is not included above because it was a partial repeal. Though this bill repealed ObamaCare's tax and cost-sharing subsidies, most of its taxes, and Medicaid expansion, it didn't touch Title I and can't be considered full repeal.

Unfortunately, Tuesday Group members are recanting their previous votes and seeking to protect certain elements of ObamaCare, those that also happen to be the ones driving up the cost of health insurance coverage on the nongroup market. Sadly, it appears that House Republican leaders are doing more to acquiesce to the demands of the Tuesday Group than the House Freedom Caucus. The difference between these two groups is the House Freedom Caucus believes that Congress should follow through on its promises and repeal ObamaCare, while the members of the Tuesday Group don't think their previous votes matter.