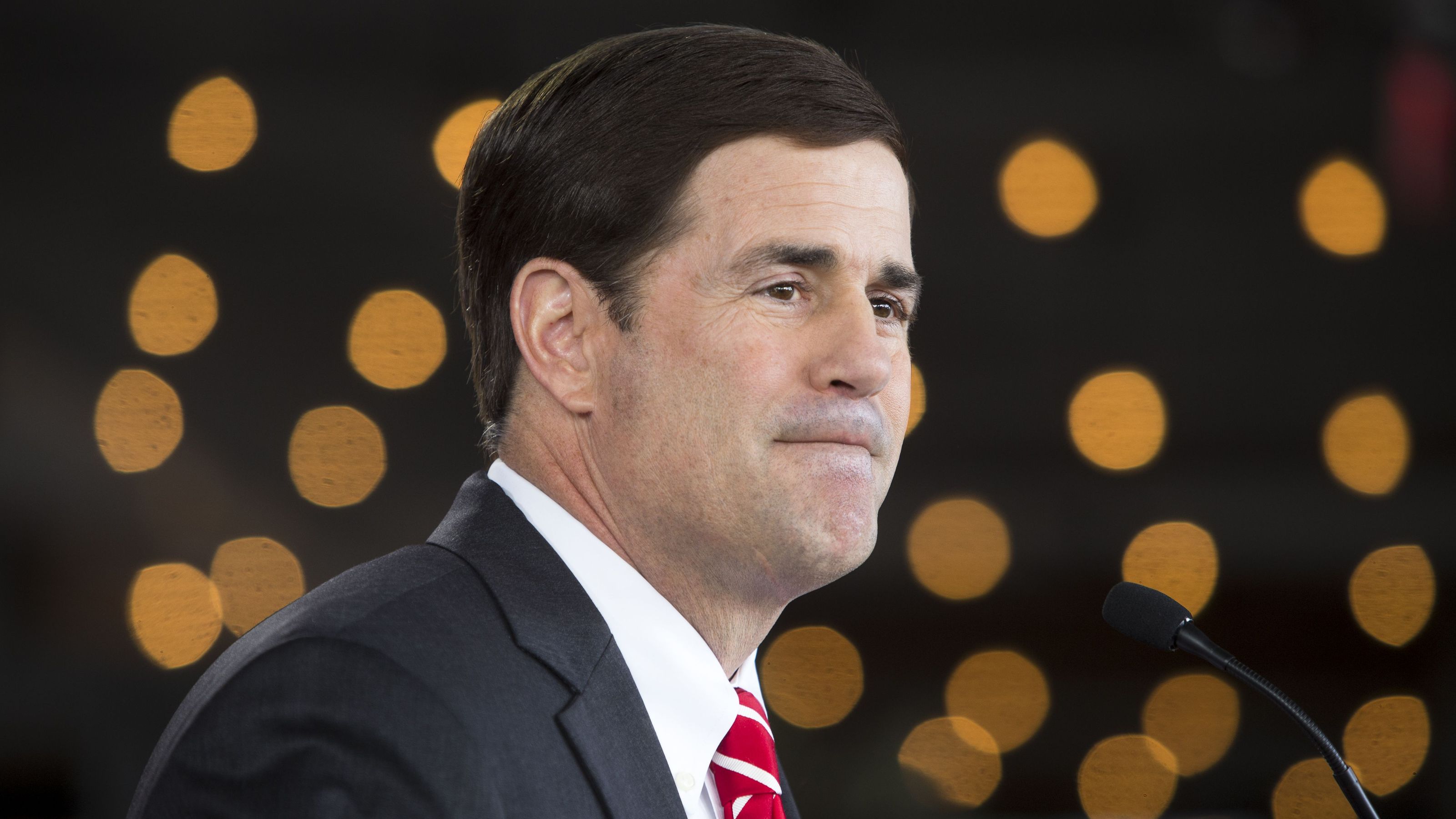 Ducey also took a page from conservative states like Texas and Georgia by urging state lawmakers to enact proven justice reforms that rehabilitate offenders and reduce recidivism. Between FY 2001 and FY 2015, Arizona saw its average daily prison population by nearly 59 percent, according to the Arizona Department of Corrections, from approximately 26,600 inmates to more than 42,100 inmates. Recidivism -- the percentage of offenders who are re-arrested after release from prison  -- remains stubbornly high, hovering above 38 percent. In FY 2015, the Arizona Department of Corrections had a budget of nearly $1.1 billion, which includes administrative costs.

To alleviate the strain on Arizona's budget and manage its exploding prison population, the Grand Canyon State needs to get should get smart on crime. Before his address, Ducey acknowledged that a new approach is needed, telling a local paper that "if you're serious about reversing the direction in terms of prison population, you need to look at how we're handling some of these issues."

He also explained how addiction and further exposure to the prison system, rather than treating the problem, create a bigger problem. "[A]fter someone is released from prison and they go on parole, oftentimes they can find themselves back in prison due to technical violations," said Ducey. "So how do we deal with those people, especially if it's a result of addiction, so that we're not taking someone we're mad at and turning them into someone we're scared of."

In his address, Ducey focused on treatment as a way to reduce recidivism. "[W]e must find help for those who want it. So I’m bringing together a team of leading substance abuse experts, recovering addicts, and providers to find the best treatments and reduce barriers to care," Ducey told lawmakers. "And, if we’re serious about reducing recidivism – and reversing the growth of our prison population, let’s begin by building on the model already working in Pima County: a community corrections center, providing tough love and on-site drug treatment and counseling."

"It’s time we bring this to the state’s largest county, where the most people are transitioning back to life in our community. Let’s give them a second chance so they stay clean and never end up back in prison," he added.

Other conservative states -- including Texas and Georgia -- have implemented common-sense reforms that focus on drug treatment and rehabilitation as alternatives to incarceration. For those who do serve time, these states have created education and work training programs to help offenders learn skills and re-entry programs to help them adjust to life when they return to society. As a result, they have saved money, reduced recidivism, and continued to see returns on public safety.

Ducey is on the right track by offering these conservative-minded justice reforms. Arizona legislators should look at the successes from other conservative states, and welcome them to help ease the burden on taxpayers and make their communities safer.