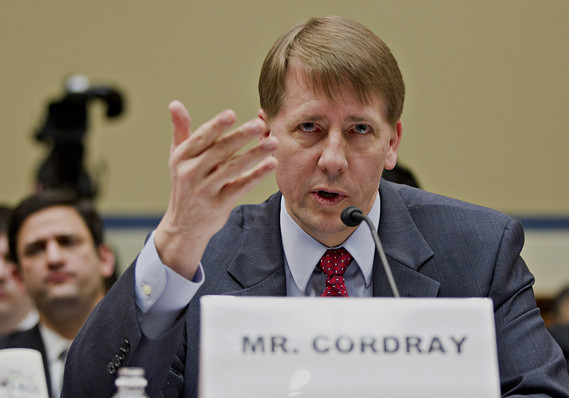 The CFPB, created by the 2010 Dodd-Frank Wall Street Reform Act, was intentionally created to be unaccountable to the American people and their elected representatives in several ways:

Together, this all means that the director of the CFPB acts as judge, jury, and executioner with virtually no oversight of his decisions or actions.

While the DC Circuit declined to address all of these accountability issues, it did recognize the obvious unconstitutionality of having a single individual wielding federal power without any check and has ordered that it be remedied. The ideal answer to this situation would be to shut down the CFPB until Congress could redesign or eliminate it. The court refused to go that far, instead ordering that the most egregious provisions of Dodd-Frank which left the director of the CFPB answerable to no one shall have no effect.

While this is a small step, it represents an important principle. The federal regulatory state has over time sought to insulate itself from accountability for its regulatory adventures. The CFPB was an extreme new prototype for this unaccountability. In rebuking this unconstitutional structure and requiring that the CFPB at bare minimum be answerable to the president, the court has made clear that the bureaucracy must remain subordinate to elected representatives of the people.

That basic principle is constitutional common sense., but that is not how the bureaucrats think. Far too often the bureaucracy treats elected representatives as obstacles to be overcome. Taming the bureaucracy, ensuring that it remains answerable to the people, is the only way to have any chance of protecting our liberties from the expansion of the regulatory state.

I like this amazing blog here this is the very nice so need to follow here http://bejeweled3.co are the many players exited to play free online bejeweled 3 games so have to create the best score.