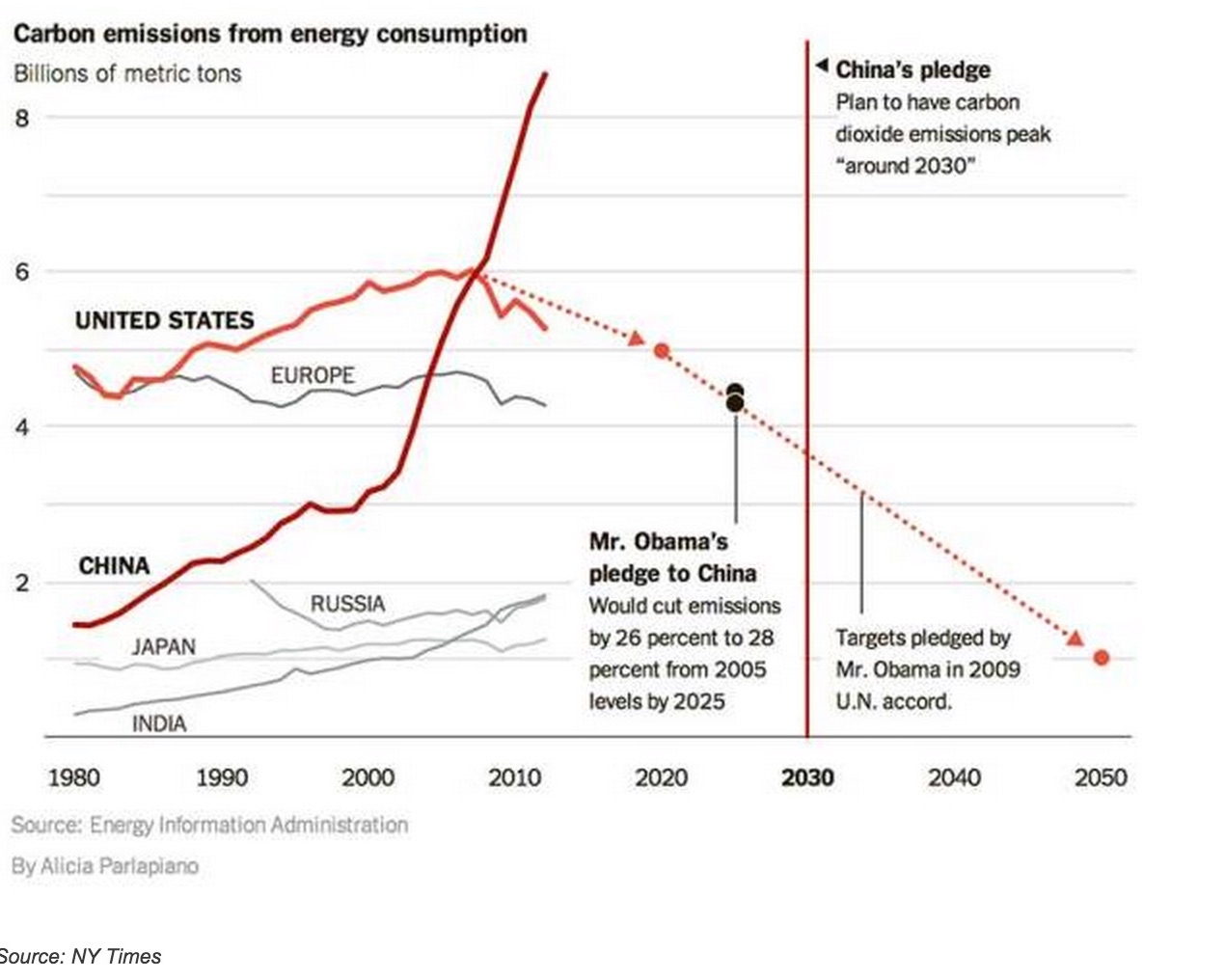 In less than a month following Obama’s much hailed climate change agreement with China, the communist country just embarrassed the president by rejecting international efforts to look over its carbon dioxide cutting plans.

Last month the U.S. and China agreed to reduce carbon dioxide emissions. According to the deal, the U.S. would cut its emissions by at least 26 percent of its 2005 amount by 2025 and China would cap its carbon dioxide emissions at the amount it released in 2030. China also said by 2030 it would generate 20 percent of its energy from non-fossil fuel sources.

Left-wing politicians and environmentalists trumpeted the international agreement as a huge step to address climate change.

Now the realities of dealing with China are becoming known. It’s laughable to think the Chinese are going to be fans of “sunlight” and transparency.

Chinese delegates to the United Nations global warming summit in Peru have rejected a U.S.-led attempt to scrutinize the country’s plans to limit carbon dioxide emissions, despite having promised President Barack Obama to cut emissions in the coming decades.

Bloomberg reports that Chinese delegates sought to “delete provisions in a draft text that would have paved the way for other countries and non-governmental organisations to submit questions about its carbon-reduction plans.”

Top U.S. climate envoy Todd Stern said that national plans to fight global warming should be subject to scrutiny from other countries, adding that “the sunshine is intended to prod countries to be as ambitious as possible” in cutting greenhouse gas emissions.

The reductions in emissions are not cost-free.

Citigroup estimated that the coal and oil industries would experience a huge drop in revenues for the fossil fuel industries that would be most impacted by limits in carbon dioxide emissions.

As reported in CleanTechnica:

Citi’s global commodities team say the most tangible impact of the US-China climate deal will be a $US1.3 trillion revenue hit for Big Oil between now and 2030, and a $US1.6 trillion hit against Big Coal.

That is the loss in revenue compared with commonly used baseline assumptions, just for those countries – as oil demand growth rates slow as engines become more efficient and many go for electric vehicles, and renewable are used in place of coal.

But the impact could be greater if the world moves towards an agreement in Paris next year that sets it on a path to limit average global warming to 2C.

The decline in oil and coal use would translate into significant job losses and rising energy prices.

Hopefully, China’s actions will be enough to kill this deal which commits the U.S. to cut first and China later – if ever.