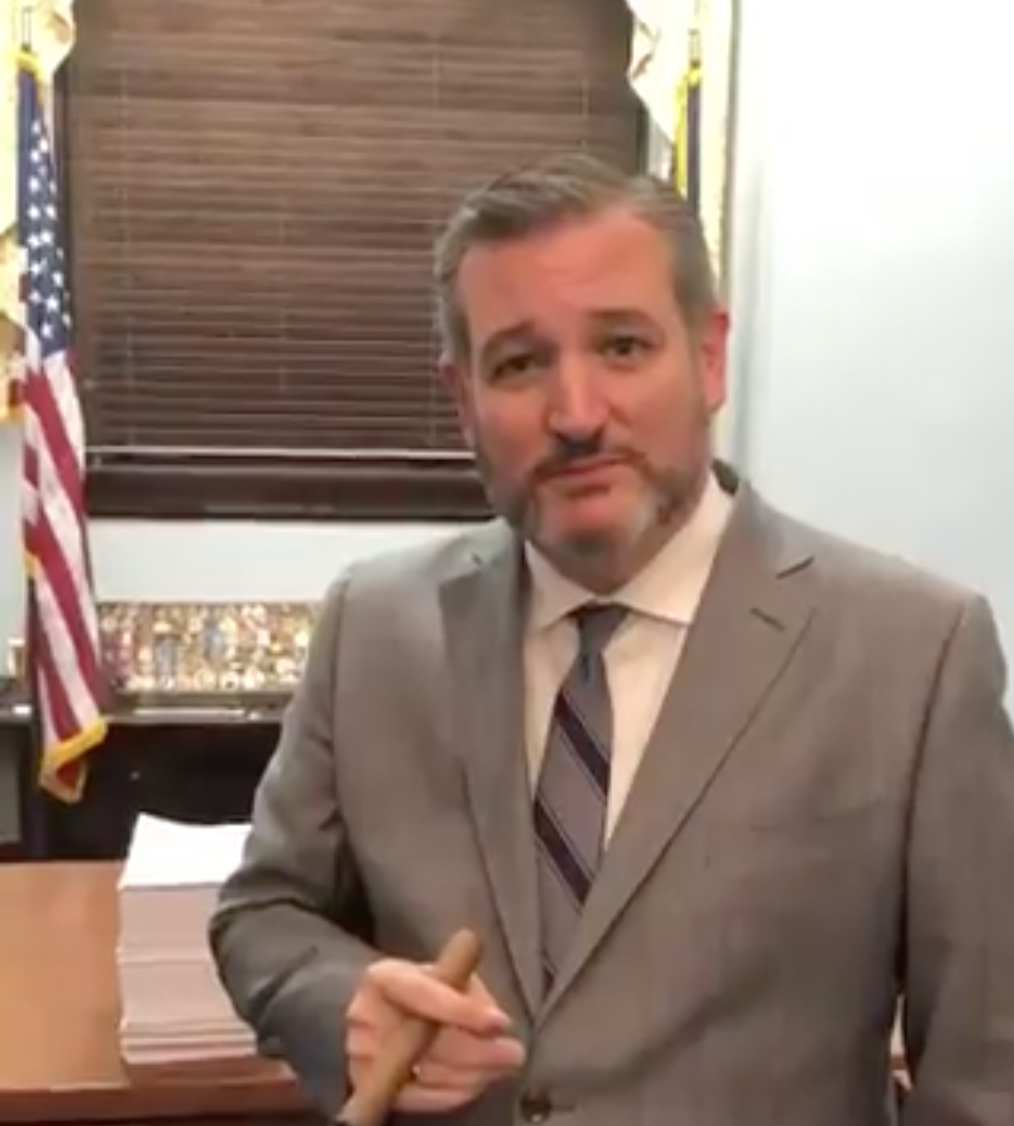 Sen. Ted Cruz (R-Texas) blasted congressional leadership for spending too much money, as well as including other legislation that was unrelated to appropriations.

The spending bill the Senate is voting on tomorrow is lobbyist boondoggle that belongs in an ashtray. pic.twitter.com/fa9euZLMYQ

Sen. Cruz has exposed the collusions by Republican and Democrat Senate leaders to increase spending, and also to do very major and contentious legislation without debate. Cruz called this collusion corrupt that particularly rewarded the lobbyists. Below is one of the many major policies that are extended by the legislation.

The Export-Import Bank is extended for seven years. In 2015 there was support for terminating the Bank. In a blog, I explained how a 1930’s government program to assist small businesses that could not obtain credit at American banks was commandeered by very large businesses and had become very expensive to the American taxpayers. How expensive? According to Veronique de Rugy of the Mercatus Center, between 2007 and 2013 the Bank subsidized:

Obviously, these corporations can borrow money at banks in the United States and throughout the world. Again, Sen. Cruz is correct Congress is enriching the lobbyists.

Pursuant to our Constitution, the problem is Congress, which has the sole” power of the purse.” Only Congress can authorize spending. President Trump can’t dictate that an additional $1.4 trillion be spent. He can veto the legislation, but a veto can become law by the Reconsideration of both Houses of Congress with two-thirds voting for the spending in their respective Houses. Recognizing that Congress had the votes to override a veto, President Trump signed the bills and they have become the law.

Needless-to-say this is a very complicated process. Harmfully, the budget process is frequently not completed because Congress neglects to follow the law and complete the process. Thus, Congress passes continuing resolutions and omnibus spending bills, which lead to a $1.4 trillion “piece of garbage.”

This is gross incompetence by Congress. For sure Boeing, General Electric and all the other firms receiving Export-Import Bank subsidies have firm budget processes that are strictly adhered to throughout their fiscal time periods. Otherwise, if they were as neglectful as Congress, these firms would be bankrupt and not exist.

Congress, do your duty. Develop real budgets and make sure they are followed by the agencies. The division of power and limited government of our Republic have blessed We the People with freedom, peace, and prosperity. Congress, you have the “power of the purse.” Fix the process of budgeting and make the agencies perform to set monetary, ethical, and prescribed objectives.

I am so tired about this Congress. What they are doing? How is it possible? 4 years ago it was crazy fantasy to imagine things are going like now! When I was in university, US history was mine main course.. When we consider all our presidents, you should gone crazy.