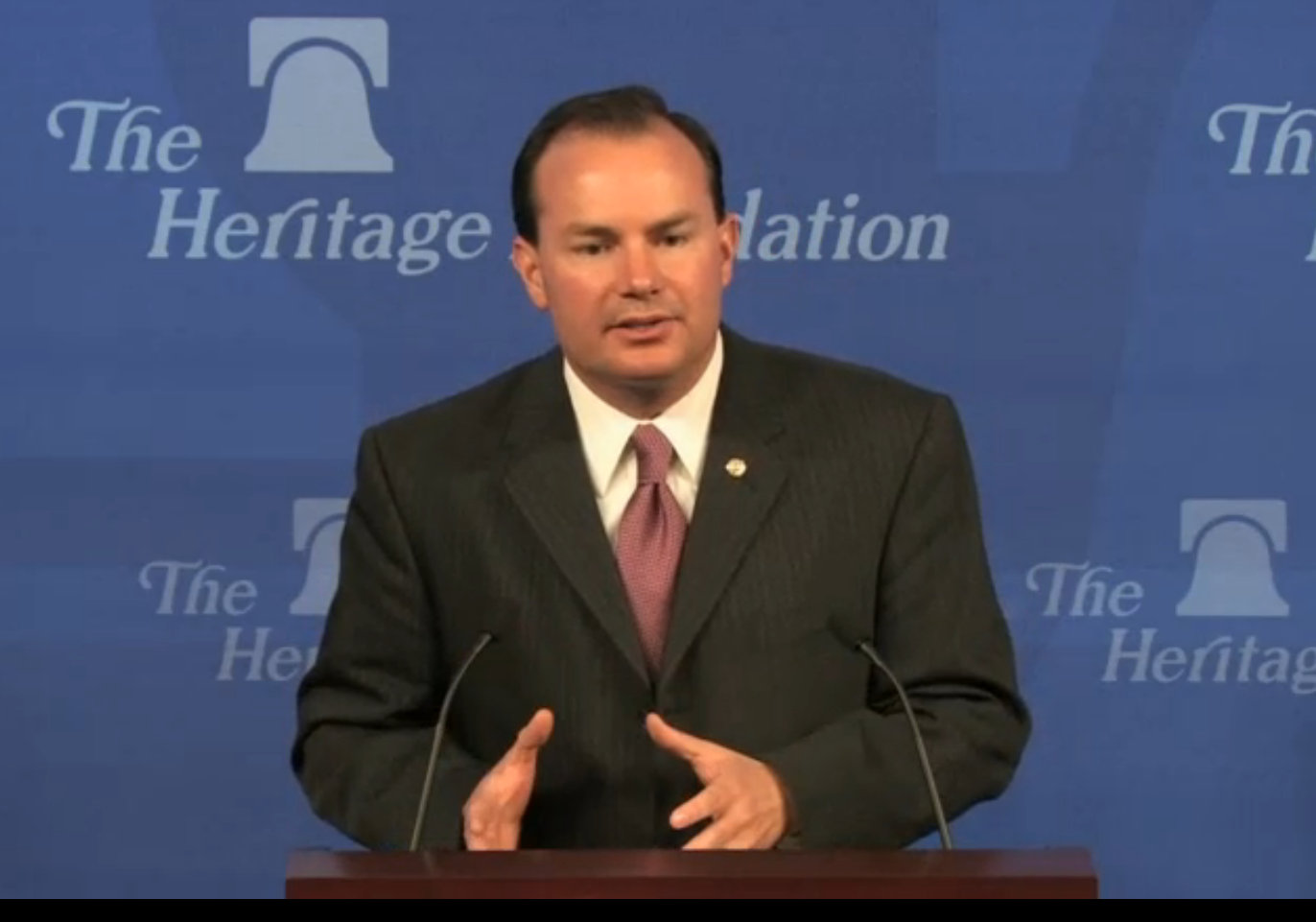 Senator Lee shared his earliest memory regarding the need for reform with the criminal law system, dating back to 2004 while working for the U.S. Attorney’s office in Utah. His exposure to mandatory minimums made a lasting effect on him: “I witnessed judges forced by federal law to impose punishments that did not fit the crime – first-time offenders sometimes being locked up for longer than murderers or rapists.”

According to Senator Lee, the system “wasn’t just wasting money – it was wasting lives.”

Senator Lee’s commitment to reform began upon arrival to the Senate, at a time when genuine progress for reform was slow. Today, however, Senator Lee, along with several senate members, is standing behind the Sentencing Reform and Corrections Act, a bipartisan bill that intends to bring a series of reforms to the federal prison system, including rehabilitative programs aimed at reducing recidivism.

Quoting criminal law scholar Stephanos Bibas – “just because liberals are wrong does not mean the status quo is right,” – Senator Lee stressed how disagreement with the left’s motive does not mean criminal reform should be scrapped altogether. To Senator Lee, reform is “about basing our laws, our court procedures, and our prison systems on a clear-eyed understanding of human nature – of man’s predilection toward sin and his capacity for redemption.”

Senator Lee pointed out problems such as the isolation of offenders from families and the fact that we have industrialized and bureaucratized our criminal system. For this reason, our high recidivism rate is not as surprising a reality.

One final point to consider, Senator Lee highlighted the importance of forgiveness. “Forgiving is not the same thing as excusing. And it’s not incompatible with punishment,” Senator Lee stated. By forgiving individuals, we are treating the offender as a morally responsible individual who must be held accountable for his or her choice. Morality aside, society and general human nature depend on the availability of second chances to maintain access to a pursuit of happiness.

Alongside all points made throughout his speech, the Senator put emphasis on the following thought to capture his entire purpose for speaking at the event: “criminal justice reform doesn’t call on conservatives to compromise our principles, but to fight for them.” To Senator Lee, criminal justice reform represents “principled conservatism” at its best.

“Unjust, Cruel, and Even Irrational”: Stacking Charges Under 924(c)

“I think the stacking issue is a problem...I would support reform of the stacking provisions somewhat like you have it in the bill today.” - Sen. Jeff Sessions (R-Ala.), on the Sentencing Reform and Corrections Act, October 22, 2015