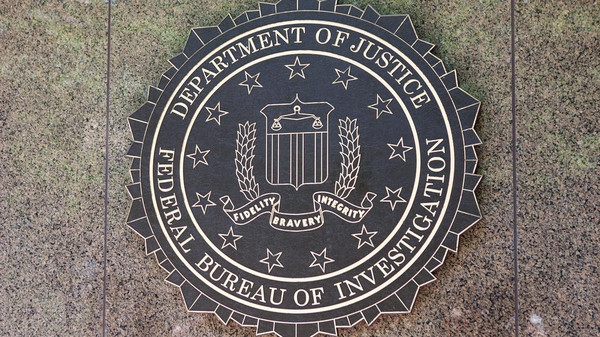 A challenge to the FBI’s use of National Security Letters (NSL) to obtain information on customers from service providers was heard in the 9th Circuit Court of Appeals on Wednesday.

In the PATRIOT Act era, the FBI has stepped up the use of NSLs to compel companies to hand over communication data or financial records for the purpose of national security. However, NSLs are issued without court approval and come with a gag order that prohibits publicizing the NSL in any way.

Even before the Snowden leaks occurred, the Electronic Frontier Foundation, on behalf of a disclosed NSL recipient, challenged the authority and constitutionality of the received request and gag order. District Judge Susan Illston heard the case and ruled in March 2013 that nondisclosure statutes, which prohibit recipients of NSLs from disclosing the FBI’s efforts to obtain information and give the FBI unilateral power to determine which recipients are allowed to speak about the issued NSL, violate the First Amendment.

Now, the Court of Appeals takes up this impactful case.

As Judge Illston pointed out, while it’s not difficult to imagine a scenario where an NSL recipient is barred from disclosing information on the NSL:

“The problem, however, is that the statute does nothing to account for the fact that when no such national security concerns exist, thousands of recipients of NSLs are nonetheless prohibited from speaking out about the mere fact of their recipient of an NSL, rendering the statute impermissibly overbroad and not narrowly tailored.”

Of course, this implicates that not only are recipients prevented from speaking about the fact they received such an order, but also from participating in the public debate on NSLs, surveillance and national security efforts from personal experience. In essence, these gag orders, which are included on 97% of the over 300,000 NSLs issued, are a form of prior restraint and content-based restriction on speech.

This issue has drawn the attention of many public figures who are speaking out against these infringements on the right of free speech. UCLA law professor Eugene Volokh in his amicus brief states, "The gag order says you not only have to turn over the information, but you can't complain about it."

Further, four lawmakers: Reps. Zoe Lofgren, Thomas Massie, Jared Polis and Anna Eshoo, filed an amicus brief in support of the EFF’s challenge. In addition to recognizing that these statutes limit Congress’ ability to provide oversight to the FBI:

“Only one investigative tool gives the FBI carte blanche to issue national security legal process under its own authority and unilaterally impose a permanent secrecy requirement on the recipient: the national security letter. NSLs are a truly unusual form of legal process because they leave exceptional discretion in the FBI’s hands. As the President’s Review Group has noted, there is “no principled reason” why the FBI should have this extraordinary latitude when it has other, less problematic forms of national security-related process at its disposal.”

This challenge is especially relevant considering the FBI’s potential for abuse of this power, including the fact that the FBI accidentally spied on numerous Americans due to simple typos.

While a case as significant as this will have the chance of eventually reaching the Supreme Court, a ruling against the FBI would be a major win for privacy rights activists. As the law stands, these statutes in question restrict speech on specific content: content of government conduct, no less, thus restricting the public’s ability to review government actions. The developments of this case will provide a substantial impact on the debate over national security pinned against fundamental rights.

On behalf of our activist community, I urge you to contact your representatives and ask him or her to vote NO on the Empowering Financial Institutions to Fight Human Trafficking Act, H.R. 6729. The bill is intended to give a “safe harbor” to nonprofits for reporting suspicions of human trafficking or related money laundering in order to combat human trafficking, which is undoubtedly a noble and important effort.