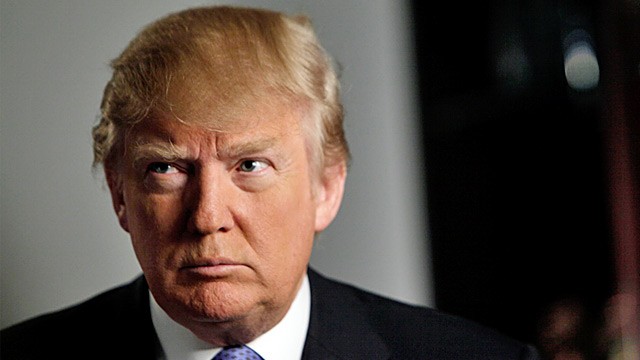 As much of a serial tax hiker as President Obama may be, he is probably envious of a little-known tax proposal put forward by Donald Trump in 1999, when he was flirting with a bid for the White House with the Reform Party. Trump shuttered his campaign not long after launching it, but not before he gave an interview to ABC News in November 1999 in which he outlined his tax plan.

"Well, basically, this would be a one-time tax, 14.25 percent against people with a net worth of over $10 million. It would pay off in its entirety the national debt of $5.7 trillion, and you'd save $200 billion a year," Trump said. "So taxes for the middle class would go way down, the estate and inheritance tax totally wiped out, and the Social Security system would be saved."

At the time, according to the Congressional Budget Office, the public's share of the national debt held by the public was $3.6 trillion, or just under 40 percent of gross domestic product (GDP). (For perspective, the CBO, in June 2015, pegged the public's share at approximately $13.1 trillion, or 73 percent of GDP.) Congress, controlled by Republicans, had produced balanced budgets in 1998 and 1999. The long-term outlook was positive, before the era of fiscal profligacy ushered in by President George W. Bush and President Obama.

The proposal, which would have raised $5.7 trillion, would have been the largest tax increase in American history. The journalist discussing the issue with Trump noted that people who have a net-worth of $10 million or more are not necessarily liquid, meaning that they did not have enough cash lying around to pay the tax.

"Some people would be able to sell [assets] off easily [and] pay the tax," Trump replied, noting that the tax would be enforced over ten years. He also claimed that those who were subjected to the tax would get their money back because of the "booming economy." The idea may have been attractive, but, at the time, deficits and debt, while important issues, were managed. Long-term problems, such as Medicare and Social Security, still remained.

Still, the effects of Trump's tax proposal -- again, what would have been the largest tax hike in American history -- would have had severe consequences, far from the boom he claimed it would create. "While everyone loves an easy fix, this proposal was poor tax policy," wrote Brandon Lecoq of the Tax Foundation. "Assets are mostly illiquid, meaning people own property, businesses, cars, gold, and other valuables that aren’t in money form. This one-time tax would require many millionaires to sell off physical assets in a very short period of time. Even if this were possible, liquidating $5.7 trillion worth of assets would be catastrophic for the economy."

Lecoq noted that the tax is retroactive, which is terrible policy. "Citizens deserve sound tax policy, which includes stability and no retroactivity," he explained. "One-time revenue raisers are proposed frequently, but they are unfair and cause people to change their behavior in response to an unpredictable policy environment."

Since launching his campaign in June, Trump has not offered detailed tax plan, though he has said that he wants to simplify the tax code and raise taxes on wealthy Americans. He has also shown a willingness to raise or impose new tariffs on goods imported into the United States. Tariffs, of course, are passed along to consumers and can wreak havoc on the economy.

After nearly a decade of slow economic growth, Americans have learned that tax hikes and economic intervention do not work as those who peddle these ideas so often claim. It is understandable that people, frustrated by politicians who do not listen to them, are looking for something different, but they should be careful that the same stale ideas are not simply just being repackaged under a different brand.