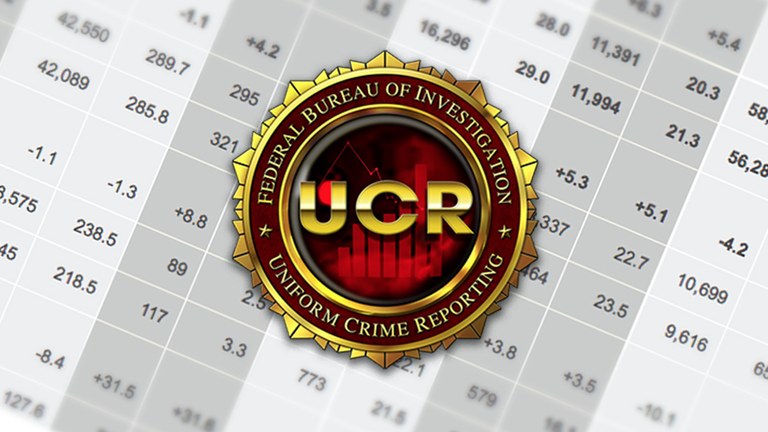 Last week, the Federal Bureau of Investigation (FBI) released the 2017 iteration of Crime in the United States. The report is a collection of data from more than 18,000 law enforcement agencies around the country. The data include the raw number of crimes committed and the crime rates per 100,000 inhabitants for states, counties, and cities.

Although crime rates are down significantly since the early 1990s, crime routinely remains near the top of Americans’ concerns. Of course, cable and local news frequently focus on instances of crime in their daily reporting, and politicians use crime as a theme in their campaigns, often mistakenly pushing tougher sentencing laws as their “solution” in the process. 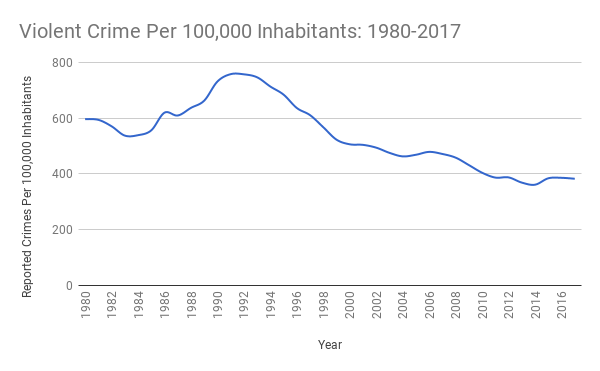 Why did the violent crime rate rise? No one can say with any certainty. Experts have pointed out that crime rate increases in certain jurisdictions are usually driven by local factors and is generally concentrated in specific neighborhoods.

The homicide rate in 2017 was 5.3 reported incidents per 100,000 inhabitants. Although that figure represents a statistically insignificant decrease from 2016, the homicide rate is comparable to 2008 levels and dramatically lower than the peak rate of 10.2 in 1980. The recent increase in homicides are, as mentioned above, concentrated. For example, six cities -- Chicago, Las Vegas, Louisville, Memphis, and Phoenix -- were responsible for 76 percent of the increase in homicides in major cities. 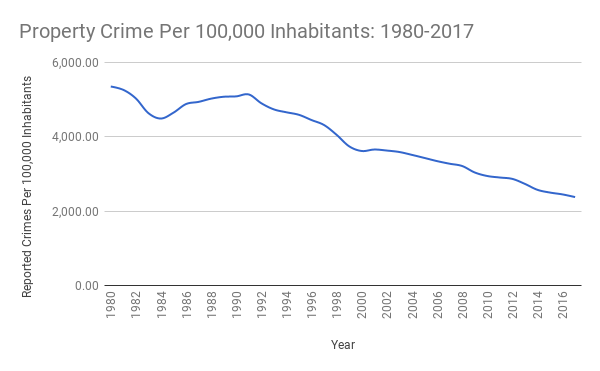 Across the board, crime rates are the lowest they’ve been since the late 1960s or early 1970s and are generally far below levels seen in the 1980s and early 1990s. A preliminary analysis of crime in 2018 recently released by the Brennan Center shows that the downward trajectory is expected to continue. Indeed, Americans are much safer walking down the street now than they were two or three decades ago.

Of course, opponents of criminal justice reform will try to tell you differently. They’ll say, as we’ve seen them argue, that violent crime is surging. Simply put, that’s a lie. But fear is an often-used tool of those who are desperate. We have to push back against politicians and talking heads who try to ignore that crime has fallen and appears to be going down once again.

Justice Reform Gets a Boost from the Director of the FBI

During a Senate Judiciary Committee hearing on Wednesday, FBI Director James Comey signaled support for Sentencing Reform and Corrections Act, calling the bill "reasonable." The legislation, which would expand the existing federal "safety valve" exception to mandatory minimum sentences, was approved by the committee in October and is awaiting action before the full Senate, which could happen in early 2016. In early November, FreedomWorks released a letter of support for the bill.

The national violent crime rate continued to decline in 2014, according to data released on Monday by the Federal Bureau of Investigation. The decline is part of trend dating back to the 1990's and researchers at the Brennan Center for Justice have attributed it to various socio-economic factors, including "growth in income and an aging population."