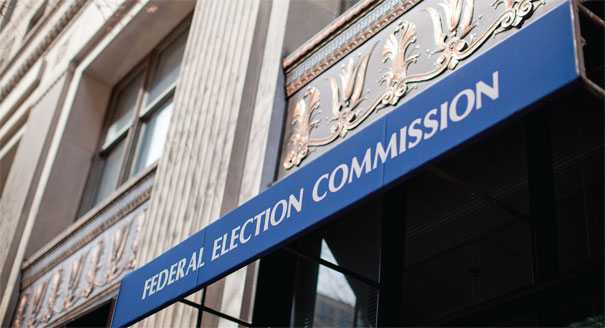 There is no more powerful of a tool in today's political discourse than the Internet. It has decentralized the flow of information by allowing Americans to do their own research on the issues concerning them and their families as well as comparing candidates who are running for local, state, and federal office. Democrats on the Federal Election Commission (FEC), however, are looking to, for the first time, regulate online political speech.

On Friday, FEC Vice Chair Ann Ravel, an appointee of President Barack Obama, announced a power play to regulate Internet-only campaign ads and videos, which aren't currently subject to reporting requirements. Ravel made the announcement after the FEC deadlocked in a 3-to-3 vote in a case concerning an organization, Checks and Balances for Economic Growth, that produced two videos, one against President Obama and the other against Sen. Sherrod Brown (D-OH), and posted them on YouTube, exempting the organization from campaign finance disclousures. Organizations that pay to promote videos online are, under current regulations, subject to reporting requirements.

In a 2006 rule, the FEC agreed to leave Internet-based political discourse free from regulation because it's "a unique and evolving mode of mass communication and political speech that is distinct from other media in a manner that warrants a restrained regulatory approach."

"The Internet’s accessibility, low cost, and interactive features make it a popular choice for sending and receiving information. Unlike other forms of mass communication, the Internet has minimal barriers to entry, including its low cost and widespread accessibility," the FEC further stated in its transmission of the rule to Congress. "Whereas the general public can communicate through television or radio broadcasts and most other forms of mass communication only by paying substantial advertising fees, the vast majority of the general public who choose to communicate through the Internet can afford to do so."

But, by voting against the organization, FEC Democrats, including Ravel, were trying to the undo the exemptions in place on Internet-based political discourse. "Some of my colleagues seem to believe that the same political message that would require disclosure if run on television should be categorically exempt from the same requirements when placed on the Internet alone," Ravel said in a statement. "As a matter of policy, this simply does not make sense."

"In the past, the Commission has specifically exempted certain types of Internet communications from campaign finance regulations. In doing so, the Commission turned a blind eye to the Internet's growing force in the political arena. The Commission's paramount concern may have been not to inhibit a technology that was well-suited for mass-communication by individual citizens. But the Commission failed to take into account clear indicators that the Internet would become a major source of political advertising — dominated by the same political organizations that dominate traditional media," she continued. "Since its inception, this effort to protect individual bloggers and online commentators has been stretched to cover slickly-produced ads aired solely on the Internet but paid for by the same organizations and the same large contributors as the actual ads aired on TV."

Republicans on the FEC, including Chairman Lee Goodman, warned that Ravel's plan to regulate political speech could have wide-ranging implications. Goodman contends that the regulations that Ravel, who plans to hold hearings on her plan next year, wants to put in place could lead to censorship of political blogs and parody videos. "I cannot imagine a regulatory regime that would put government censors on the Internet daily, culling YouTube video posts for violations of law — nothing short of a Chinese censorship board," he said, according to The Washington Times.

"Over eight years ago, this Commission unanimously acknowledged that '[t]he Internet has changed the way in which individuals engage in political activity by expanding the opportunities for them to participate in campaigns and grassroots activities.' Recognizing the Internet as a 'unique and evolving mode of mass communication and political speech…distinct from other media,' the Commission declared it would take a 'restrained regulatory approach' with respect to online political activity," the Republican FEC commissioners said in a joint statement. "Since then, this freedom has gained wide acceptance, as evidenced by the hundreds of thousands of political videos, websites, blogs, and other social media posted on the Internet without so much as an inquiry by the Commission."

"Regrettably, the 3-to-3 vote in this matter suggests a desire to retreat from these important protections for online political speech — a shift in course that could threaten the continued development of the Internet’s virtual free marketplace of political ideas and democratic debate," they added.

What is it about liberty that drives bureaucrats crazy? Only in the mind of a statist can the exchange of information in the marketplace of ideas grounded in the First Amendment's protection of free speech be considered a bad or nefarious concept deserving of policing by heavy-handed government censors.

Welcome to FreedomWorks Foundation’s fifteenth regulatory review of 2019! Our Regulatory Action Center proudly updates you with our favorite tidbits from the swamp. We want to smash barriers between bureaucracy and the American people by delivering regulatory news straight to FreedomWorks activists. Check back in two weeks for the next edition.