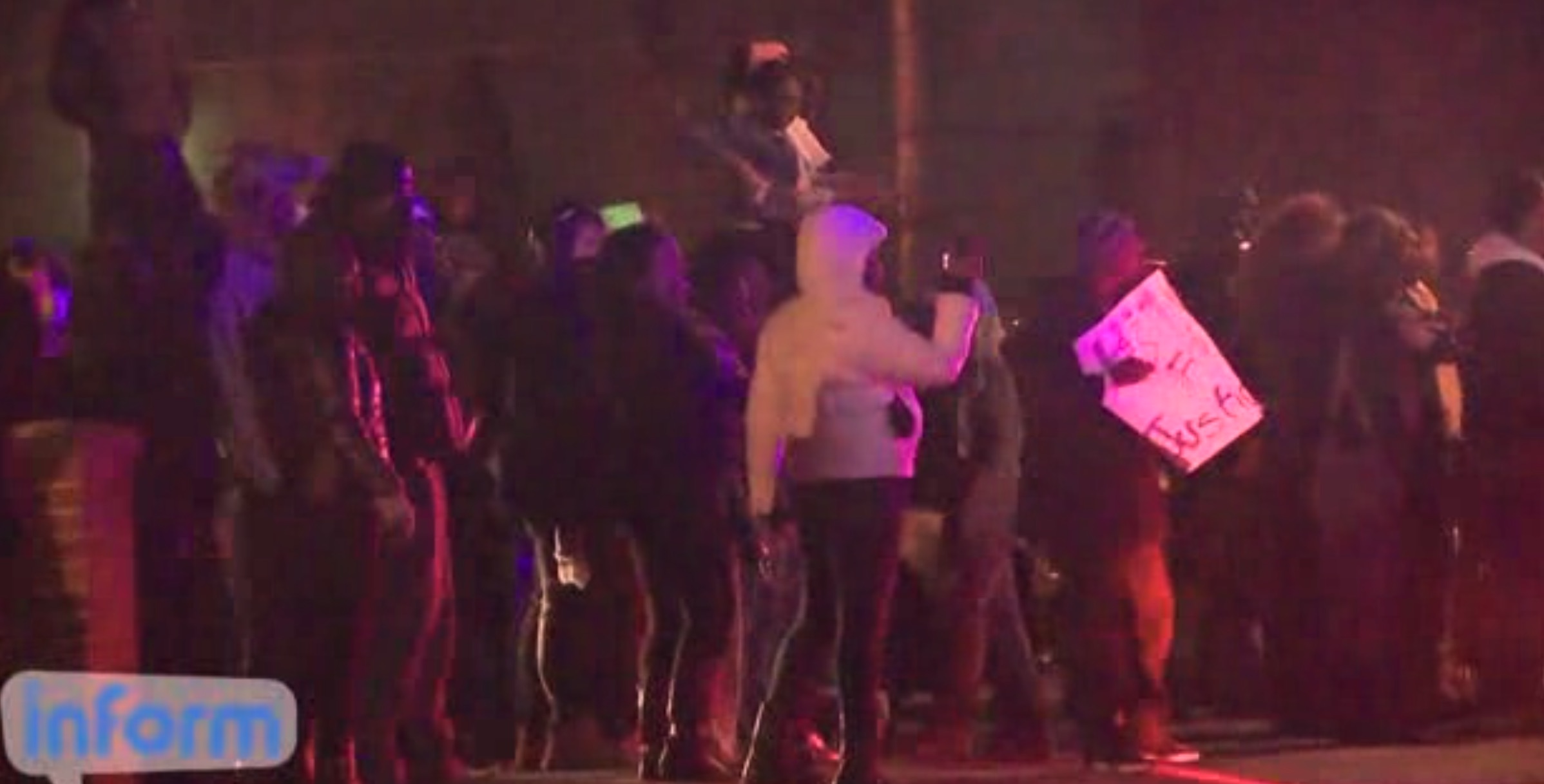 Mob rule reigned after Robert McCulloch, the prosecuting attorney for St. Louis County, announced that police officer Darren Wilson will not be indicted for the shooting death of Michael Brown.

In Ferguson, Missouri, the location of the shooting, violence erupted. Rioters looted stores, an estimated 25 buildings were set on fire, and gunfire was reported on the streets.

Mob reaction was not restricted to the site of the shooting. In Oakland, California, protesters shut down streets and blocked traffic on Interstate 580. New York City was also subjected to mob action. Police Commissioner William Bratton was hit with red paint and three New York City bridges were blocked by protesters.

The tone of this mob overreaction to the grand jury’s decision was set in August just after the shooting, and indeed much earlier, by President Obama and Attorney General Eric Holder.

As this case shows, color-coded justice reigns when it suits the political agenda of liberal black politicians and activists. Ironically, under this system, whites are the real victims and black perpetuators are innocent.

The seeds for black outrage in Ferguson were planted just after Brown’s shooting when the media propagated the message that Brown was “executed” by Officer Wilson while he was trying to surrender with his hands up.

If you want to defeat the 'race baiters' THEN PRODUCE JUSTICE.... there's NOTHING just about a cop who walks away unpunished after gunning down -- firing repeatedly FROM A SAFE DISTANCE, aiming deadly -- a suspect who THE COP KNEW HAD NO GUN......

As for the Grand Jury, the crooked prosecution just reduced them to idiots by dumping reams of garbage testimony by shocked and prejudiced 'observers' and DEFLECTED THEM AND THE IDIOT MEDIA FROM THE PHYSICAL EVIDENCE --- the spent shells, the blood, the distance from the body, the parked cruisers location, the sequence of the struggle that PROVED IMMEDIATELY THAT THE KID HAD NO GUN yet the cop shot to kill.......

Physical evidence, LOGIC and measurement all show what intelligent work can accomplish, like the battle between the independent coroner and the sheriff's office in Brown County Ohio where the coroner has shown that the sheriff's thugs murdered an inmate and are trying to call is suicide...

where the next of kin have relayed the evidence (photos of the body and measurements and logic) to try to reach the public so that the party-related prosecutor, who has already delayed and tried to blame the coroner, is playing unknowable games behind closed doors at the Grand Jury room........

public outrage is not unjustified when there is a pattern, and that pattern is damning of the system and those not protesting proportionately, and empowering to 'baiters'........

Deneen Borelli Calls Out Clintons and Sharpton on Hannity

Let’s face it, the Clintons are carrying more baggage than a cargo plane and Hillary’s email scandal is only part of the twisted Clinton history.