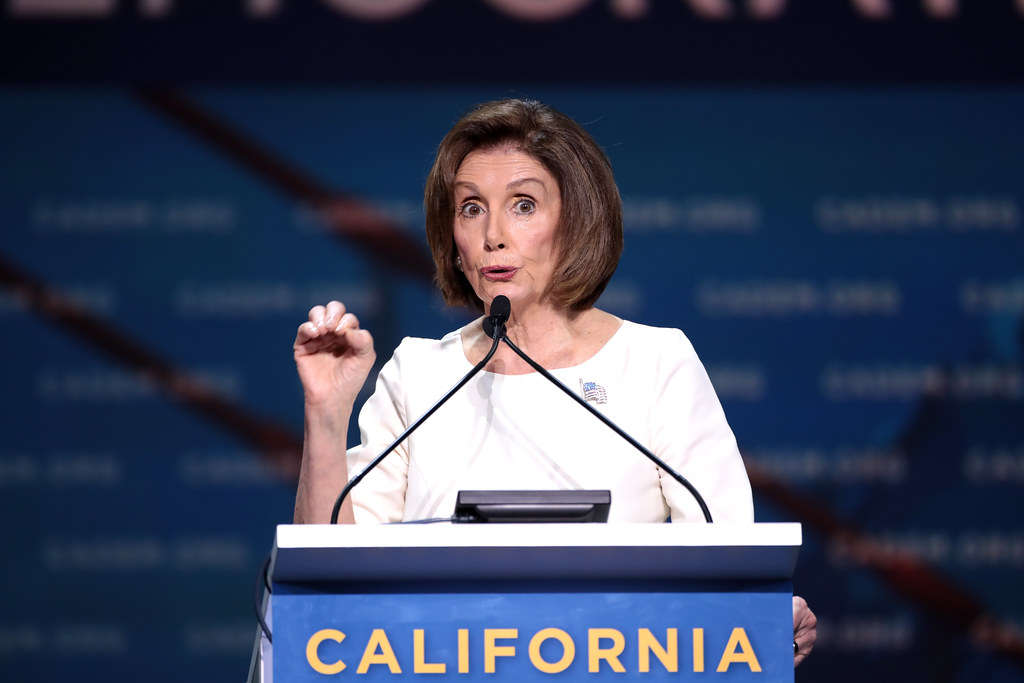 To do this, the resolution cites Article I, Section 5, Clause 2 of the Constitution which states, “Each House may determine the Rules of its Proceedings, punish its Members for disorderly Behavior, and, with the Concurrence of two thirds, expel a Member.”

Ever since she was first elected to be Speaker of the House of Representatives the first time in 2007, Nancy Pelosi has done little but mire our legislative process in cloak-and-dagger tactics. She has ruled the House with an iron fist, denying the Republican minority even the most basic rights, often withholding information and deliberately preventing the minority from participating during both committee hearings and floor debates.

Although Speaker Pelosi often likes to speak of tolerance and fairness, she has consistently violated her own principles for the sole purpose of political gain. For far too long, Speaker Pelosi has run the House of Representatives without a shred of dignity and this resolution would finally hold her to account for her actions.

As incontrovertible proof of Pelosi’s ruthless tactics to stifle genuine debate, one need only look closely at the process by which the House originally passed Obamacare. Famous for saying “We have to pass the bill so that you can find out what is in it,” Pelosi was terrified of actual legislative deliberation around the Affordable Care Act, and so she effectively rammed the bill through without any input from the minority party.

Nancy Pelosi highlights exactly why theorists like John Stuart Mill warned of the tyranny of the majority.

Now, Speaker Pelosi has engaged the House in a fishing expedition with the sole intent of overturning the results of the 2016 Presidential Election. Ever since being sworn into the 116th Congress, Pelosi has led her caucus under the false presumption that President Donald Trump is an illegitimate president. She even engaged her committee chairs to ignore real, substantive policy and, instead, focus on impeachment. On this basis alone -- stalling legislative activity for the sake of political theater -- Pelosi deserves to be removed from office.

This resolution is simply the formal espousement of something House Republicans have known all along: Nancy Pelosi is an unfair Speaker and partisan hack who has no justification for keeping her gavel. For these reasons, FreedomWorks is proud to support Rep. Abraham’s resolution to remove Speaker Pelosi from the House of Representatives, H.Res. 620.