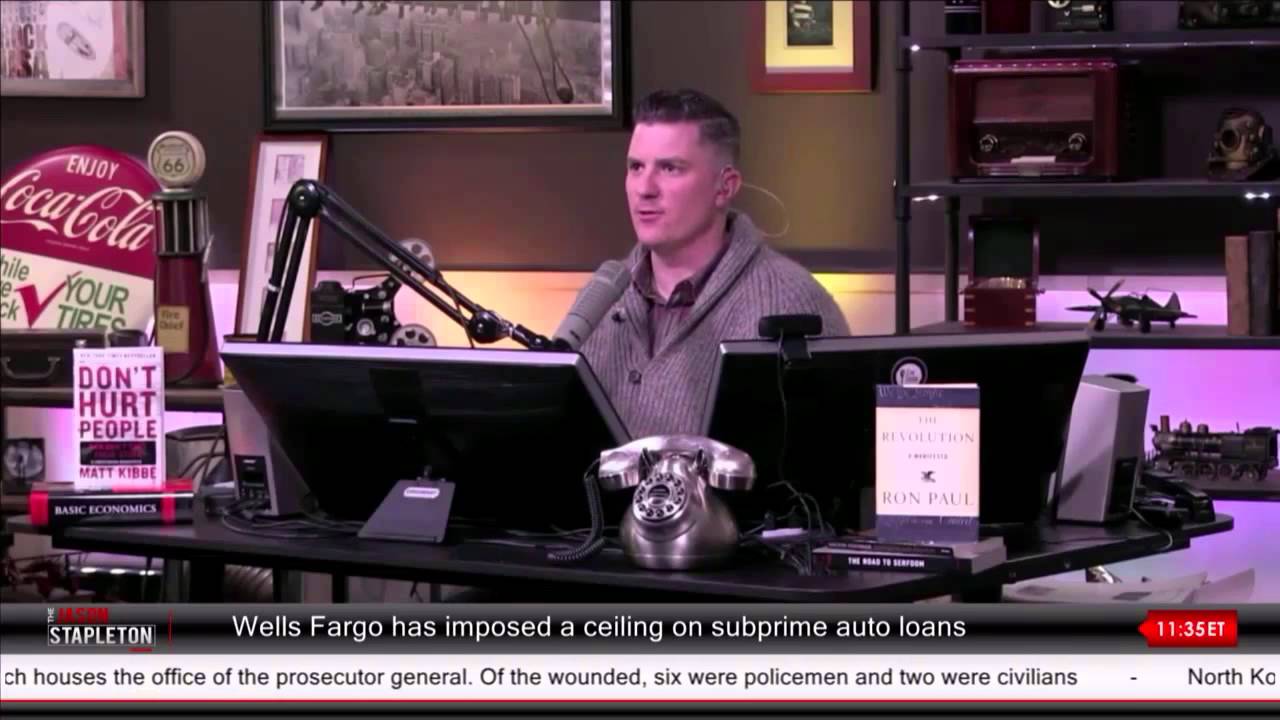 Recently I got to chat with my friend Jason Stapleton, host of the popular online show the Jason Stapleton Program, and founder and CEO of TradeEmpowered. Jason took the time to answer some important questions and shed light on the crisis regarding entitlement reform, and how the millennial generation is getting scammed out of a prosperous future.

Remso: Back in 2013 alone, the generation that turned 65 received $327 thousand dollars more in lifetime government benefits than they paid in federal taxes. On the other hand, children born in the next ten to twenty years will have a lifetime deficit on this basis of $421 thousand dollars. How are we supposed to be a free people if we are slaves to debt the moment we breathe air?

Jason: That’s a fair question. I think too often we fall victim to the lies politicians tell. That’s what Social Security is. It’s a promise the politicians made that they never intended to keep. The idea of the “lock box” for your benefits never materialized. It became a giant fund government used to draw on. “The debtor is always slave to the lender” so to speak. The more we borrow the deeper in debt and more enslaved we make our children. So to answer your question directly, we cannot be a free people as long as we are slaves to an ever increasing national debt.

Remso: What needs to come first in order to push for serious entitlement reform?

Jason: I think the first thing that needs to happen is we need more liberty-minded people in local office. These days we’re all focused on the national election and each year we hope that by electing the right congressman or president that it’ll put us on a path to recovery. But that’s not where the healing begins. It starts in your local city council. Your school board, your county sheriff or city mayor. The more liberty-minded people we put in positions of power at the state and local level the greater our chances for real entitlement reform.

How incredible would it be for a state to simply say, “We’re done paying these outrageous entitlements for medicare and medicaid? You don’t need the federal government to change, you just need the states to refuse to comply. That only happens if your state representatives feel like they have the support of the cities and towns in their districts. It starts with a foundation built on local leadership. That’s how we change Washington.

Remso: How can young people solve this problem if men like Bernie Sanders are seen as a viable option for governing and Rand Paul is silenced?

Jason: I think Bernie's message will always resonate with people who have nothing. There will always be a group of people looking to benefit for the labor and human capital of their neighbors. It doesn’t help that the youth of today have been coddled and sweet talked their entire lives. That type of upbringing brings with it a sense of entitlement, something Bernie Sanders knows how to capitalize on.

In terms of Rand, I think the reason more young people didn’t move toward Rand had more to do with his messaging than his message. One thing I’ve learned in my years in business is that messaging is everything. Not just to your prospects but to your employees and team as well. Knowing why you’re there and presenting people with a compelling future is what separates good messages from bad ones. I don’t want to be to critical of Rand because I like him but I think his team did a poor job of giving people a vision of the future they could get behind.

Remso: Senators such as presidential candidate Ted Cruz have discussed an opt out for millennials from social security while keeping the promise of the program to those that have paid a lifetime into it. What are your thoughts? Should the program be scrapped entirely?

Jason: It’s a funny thing about contracts. They need to be honored. Those who have paid into Social Security deserve to have their agreements honored. But the worst thing you can do is continue to perpetrate a lie promising young people they’ll have a check waiting for them when they retire. We need to give power back to the individual and that starts with giving him control of his own money. You should have the right to plan for your future as you see fit. The government is not your mommy or your daddy. It’s not government's responsibility to make sure you’re provided for in old age. I am in favor of any plan that allows an individual to keep more of what they justly earned.

Remso: It's easy to say we should raise the age for retirement as a short term solution, but what do you say to the blue collar class that can't take a proposed ten year extension?

Jason: Well, I think it’s wrong to break a contract. If I hire you to do a job and tell you on X day I’m going to pay you X amount of money you expect to be paid. I don’t get to show up on payday and say, “Sorry, I’ve been really irresponsible with my money and I can’t pay you. You’re going to have to work a bit longer.” Don’t get me wrong, I don’t agree with Social Security and I wish our government had never made promises it couldn’t keep, but the solution should not be to punish those who have worked their entire lives under the assumption their contract was good.

Remso: What entitlement program do you think is the most divisive, and which one do you consider the two parties could take on together bipartisanly?

Jason: Oh I don’t know... Progressives cling to every entitlement program they have. In most cases the fight is over how much to expand the program, not whether to cut it. And it’s not like the Republicans are dying to cut entitlements. They know who votes. It’s not the young Bernie Sanders college crowd. It’s the 68 year old retiree who loves his Medicare part D. So in my estimation there isn’t much the current congress can do to reduce entitlement spending. I think the best we can hope for is a slowdown in the rate of growth.

Remso: None of this can be done without comprehensive tax reform at some point. What tax plan (progressive, consumption, flat) do you think would help most Americans?

Jason: Well if not getting taxed is not an option then I would choose a form of oppression that punished everyone equally. So a flat tax or a consumption tax could both be used. I like the idea of people feeling the tax. Taxes on goods and services are taxes you feel. You see the sticker price of $14.95 and when the cashier swipes your item it rings up $16.44. You put a 15 or 20% tax on everything you buy and people are going to realize real quick how much they are actually paying in taxes. One of the best ways to reduce tax burdens it to make people aware of just how much their being fleeced.

Remso: What is your message to millennials?

Jason: My message to millennials is the same message I give to retirees. If you want a better life for yourself your friends, your neighbors and your children you need to support and advocate for principles that have created the most wealth, opportunity and prosperity in history. The principles of limited government, individualism, peace, tolerance and free markets. To millennials specifically, if you want an economy flush with job opportunities and a wealth of employers vying for your skills you must turn away from the socialist/progressive ideas being preached by men like Bernie Sanders. Those ideas, far from leading people to prosperity have always lead to starvation and death. The message is liberty. Always liberty.

Social Security funds are set to dry up by the year 2034. In an election cycle with a focus on foreign affairs, national security, and the economy and jobs, Social Security reform has largely remained off the radar. As a millennial paying into this program fully knowing I will never receive its benefits if the system continues its course, I decided to dig a little deeper into the candidates’ positions on this topic.