Georgia legislators want to run Uber and Lyft off the road 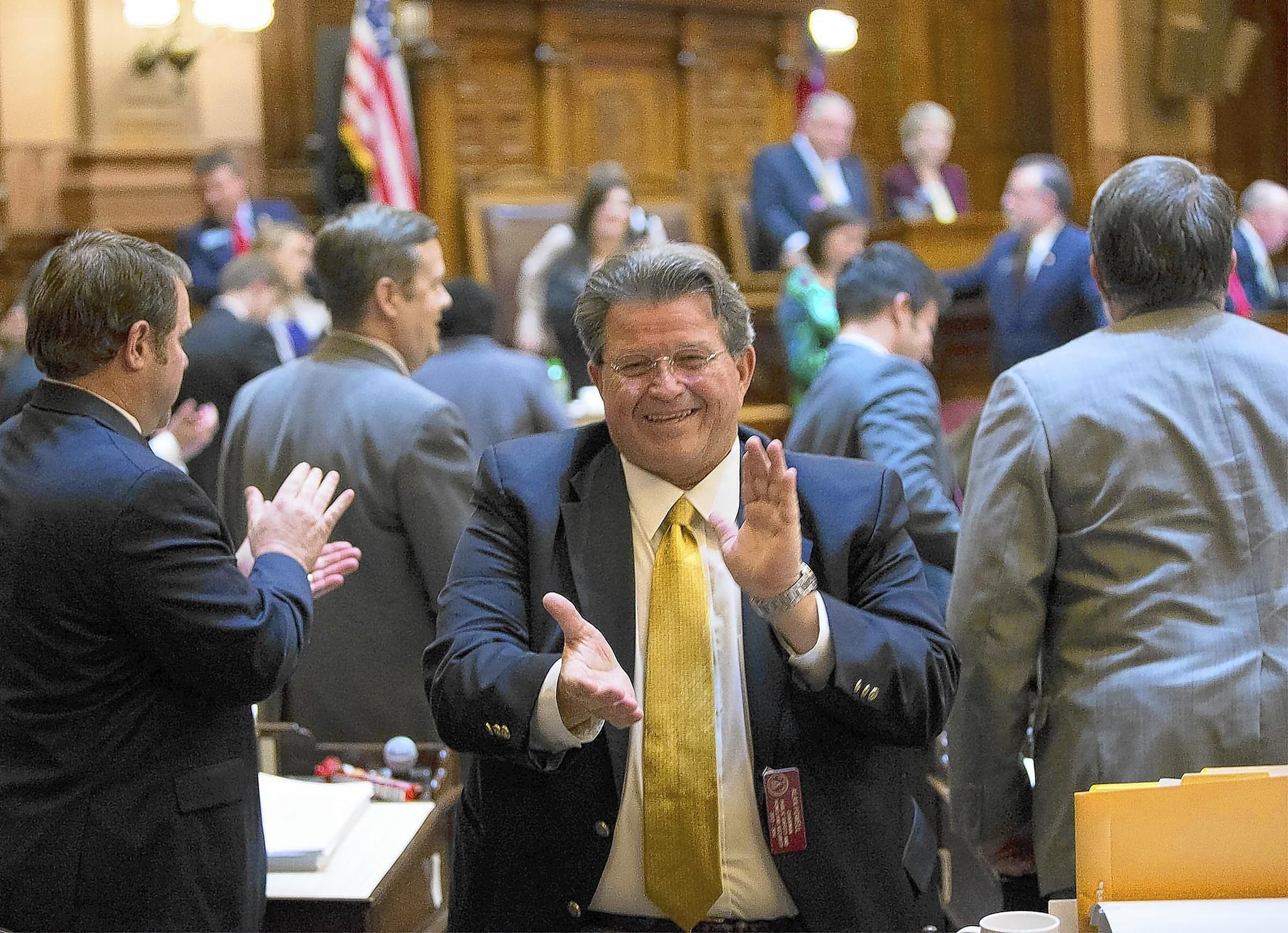 Alan Powell is trying to run ridesharing services out of Georgia

A Georgia lawmaker, state Rep. Alan Powell (R-Hartwell), has filed legislation that would, if passed, make it extraordinarily difficult for Uber, Lyft, and other ridesharing services to operate in the Peach State.

This is a replay of a fight that has taken place in states and municipalities across the United States. Busybody lawmakers often claim that they're acting out of concern for public safety, but, more likely than not, they're beholden to the antiquated taxicab industry looking to regulate ridesharing services to insulate themselves from competition.

Though a much less concerning version of the bill cleared the Georgia House's Public Safety and Homeland Security Committee, which Powell chairs, it was never brought to the floor a vote, largely due to outcry from Georgia residents who support transportation freedom. Instead, the Georgia House passed HR 1805, which created the For Hire Transportation Services Study Committee. This study committee, again, chaired by Powell, released its so-called "findings" and recommended regulations on ridesharing services in December.

Powell, who, in September, received a $2,500 campaign contribution from the Atlanta Taxicab Association, is back at it again. He's proposed several pieces of legislation aimed at ridesharing services. Among these bills is HB 224, which, according to the Atlanta-based InsiderAdvantage, "would essentially prevent the wildly popular Uber and Lyft car services from operating in the state." The bill is cosponsored by state Reps. Emory Dunahoo (R-Gainesville), John Carson (R-Marietta), Dale Rutledge (R-McDonough), Bill Hitchens (R-Rincon), and Rick Jasperse (R-Jasper).

This would bring a heavy cost for ridesharing services. In Atlanta, for example, the market value of one of the 1,600 taxicab medallions issued by the city is in the ballpark of $65,000, according to Creative Loafing. As of January 2014, all but 46 of the city's medallions had been issued and regulators were holding those due to "an overabundance of taxis in Atlanta."

Thankfully, not every Georgia legislator shares Powell's desire to push ridesharing services out of the state. State Rep. Buzz Brockway (R-Lawrenceville) has urged his colleagues to level the playing field through deregulation. "I maintain policies like the medallion system in Atlanta and other places harm low and moderate income people by preventing them from entering a business that could lift them out of poverty and raise their standard of living," Brockway wrote in September. "Toss out the medallion system and let taxi drivers, Uber drivers, Lyft drivers and whatever other rideshare companies’ drivers who want to, compete for business."

State Sen. Josh McKoon (R-Columbus) blasted HB 224 in a Facebook post. "I am very disturbed that legislation has recently been introduced in the General Assembly to stifle ride sharing technology like Uber and Lyft in Georgia," he wrote. "Conservatives should want to make sure regulation allows free and open competition. If companies develop better ways to deliver services, we should not punish them by changing the legal environment to run them out of our state!"

Services like Uber and Lyft give riders more choice in transportation. They're safe, clean, and efficient, which is why there was such an overwhelming response against regulating them in the past. Peach State lawmakers should embrace new innovations, not eschew them through excessive, overbearing regulations that only serve to protect an antiquated industry fearful of competition.

UnitedHealth Group made good on its threat to pull out of ObamaCare markets. The nation's largest health insurance company will pull out of the Arkansas and Georgia ObamaCare markets in 2017. The insurer has not publicly stated why it is leaving the exchanges, but past statements offer some insight into the decision. In short, unbalanced risk pools -- those with older and sicker consumers and a high utilization of coverage -- have led to losses.