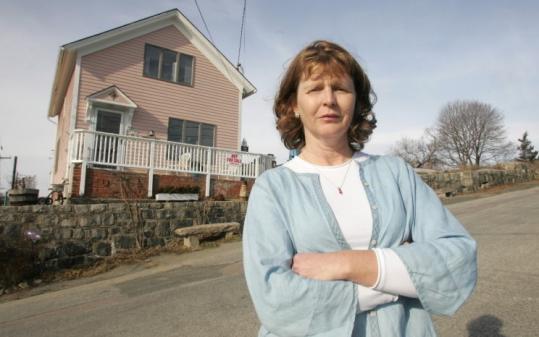 In June 2005, the Supreme Court effectively gutted the Takings Clause of the Fifth Amendment, ruling in Kelo v. New London that governments could take private property not just for public use but also for private purposes. This case involved Susette Kelo and other homeowners who resided in New London, Connecticut's Fort Trumbull neighborhood who were fighting the local government for its use of eminent domain for economic development purposes -- the theft of property from private owners to another.

Property rights are the very foundation of economic liberty and have a special protection carved out in the Fifth Amendment, which states: "[N]or shall private property be taken for public use, without just compensation." The term "public use" had been viewed to mean something very specific. It allowed, for example, the use of eminent domain for the construction of a road or a school.

Though there are endless examples of eminent domain abuse, it isn't a widely discussed issue. Perhaps one of the most well-known instances of the issue receiving much attention happened in the 1991 conformation of Clarence Thomas to the Supreme Court. During a hearing before the Senate Judiciary Committee, then-Sen. Joe Biden (D-DE) held up a copy of Richard Epstein's 1985 book Takings: Private Property and the Power of Eminent Domain, denounced it, and declared that anyone who believed in the protection of private property wasn't fit to serve of the Supreme Court.

At issue in Kelo was New London's use of eminent domain to take private property from Kelo and her neighbors for economic development. The New London Development Corporation, an entity comprised of unelected officials, wanted to capitalize on a new Pfizer research facility and designed a plan to use the tracts of land on which Kelo and her neighbors home sat as part of a complex with office space, a conference center, and hotel to compliment the drug maker's facility.

In the majority opinion, written by Justice John Paul Stevens, the Supreme Court redefined "public use" to include the taking of private property for economic development, relying in part on past cases, Berman v. Parker (1954) and Hawaii Housing Authority v. Midkiff (1984). "Promoting economic development is a traditional and long accepted governmental function," Stevens wrote, "and there is no principled way of distinguishing it from the other public purposes the Court has recognized."

The dissents in the cases, one authored by Justice Sandra Day O'Connor and the other by Justice Thomas, offer brilliant defenses of private property rights. O'Connor likened the decision to Robin Hood in reverse -- robbing from the poor to give to the rich. "Any property may now be taken for the benefit of another private party, but the fallout from this decision will not be random," she explained. "The beneficiaries are likely to be those citizens with disproportionate influence and power in the political process, including large corporations and development firms."

Thomas, however, not only rejected the majority opinion, but also criticized the heart of the decision, writing, "This deferential shift in phraseology enables the Court to hold, against all common sense, that a costly urban-renewal project whose stated purpose is a vague promise of new jobs and increased tax revenue, but which is also suspiciously agreeable to the Pfizer Corporation, is for a 'public use.'"

Thomas' skepticism over the supposed economic benefits turned out to be prophetic. The land on which Kelo and her neighbors' homes sat is still vacant and undeveloped. And, in an instance of beautiful irony, Pfizer left New London for greener pastures, taking with it 1,400 jobs.

Kelo is, of course, one example of promises of economic development and an enhanced tax base not quite panning out. But does it work in other places? The Mercatus Center at George Mason University has the answer. Mercatus has released a report that looks at the use of eminent domain for economic development purposes and its impact on tax revenue.

Building on previous academic studies, the authors, Carrie B. Kerekes and Dean Stansel, find that Kelo-style takings haven't translated into a larger tax bases for state and local governments.

Even if tax bases were enhanced through eminent domain, it's not worth the cost of undermining private property rights. Thankfully, a majority of states have enacted laws -- either constitutional amendments or statutory changes -- that protect private property against Kelo-style abuses.

Eminent domain and local property taxes only go to prove that one can never really own a piece of property. At least with eminent domain one is financially reimbursed somewhat for what is confiscated (I hate to use that word because it implies that what was taken was actually the property of the offended person or entity). When the county takes your property if nothing is left after the tax bill has been paid you get exactly that, nothing.
Therefore, property ownership is but an illusion in this country.