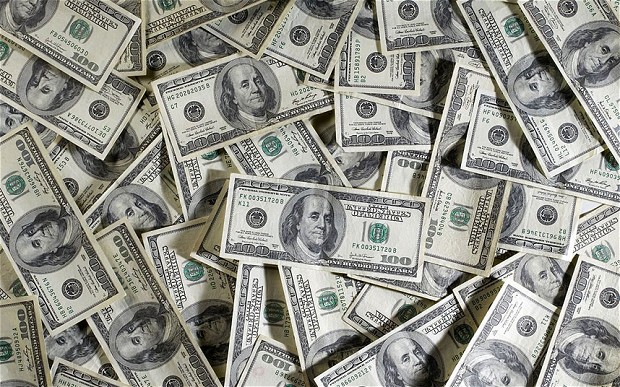 Oklahoma state Sen. Kyle Loveless (R-Oklahoma City) introduced legislation near the end of the 2015 session hoping that it would begin a conversation about reform of the Sooner State's terrible civil asset forfeiture reform. His legislation, SB 838, the Personal Asset Protection Act, offers significant protections for innocent, law-abiding citizens. It would restore due process by requiring a criminal conviction before property connected with a crime can be seized by the government and would also direct the proceeds from forfeitures to the state's general fund.

Substantive reform in Oklahoma is long overdue. According to a recent report from FreedomWorks, Civil Asset Forfeiture: Grading the States, Oklahoma earned a "D-" for its current civil asset forfeiture laws. The government need only meet a very low standard of proof to subject property to forfeiture. The presumption of innocence, a foundational legal principle in the United States, is thrown out the window. The property owner, who does not need to be charged with a crime, must prove that the seized items are innocent to get their property back. Additionally, a perverse profit motive exists. The seizing law enforcement agency can keep 100 percent of the proceeds from forfeiture.

"The issue with the current law is that the owner is presumed guilty until they can prove their innocence," Loveless told the media after introducing the bill. "In America, we are proud of our tradition of innocent until proven guilty. Unfortunately, that’s not the case with civil asset forfeiture. Under current law, the state simply needs to establish a mere suspicion that the property is involved in illegal activity, and the owner doesn’t have to be charged with a crime."

Loveless is not alone. Several Republican members of Oklahoma's delegation to Congress, including Reps. Jim Bridenstine and Tom Cole, have co-sponsored the House version of the Fifth Amendment Integrity Restoration (FAIR) Act, H.R. 540, which would reform federal civil asset forfeiture laws to protect law-abiding Americans and their property. In January, FreedomWorks released a letter of support for the FAIR Act.

Unfortunately, but predictable, SB 838 has been met with fierce and unreasoned opposition from state and local law enforcement. This opposition is, perhaps, best personified by the hyperbolic statements of Canadian County Sheriff Randall Edwards. "This is without a doubt the single worst, most damning, most asinine and devastating bill I have ever seen for this state and local law enforcement," Edwards wrote in May. "Words can’t adequately express how this bill poses a serious and imminent threat to public safety and most directly the war on drugs in this state and nation. It’s completely asinine."

Edwards' central complaint is that SB 838 eliminates the profit motive often behind seizures of property, including property of people who are never charged with a crime. The bill, he seethed, takes "proceeds from asset forfeitures away from local law enforcement, who make the majority of the seizures, and gives it to the state." These proceeds are often used to pad budgets or purchase desired, but not necessarily needed, equipment. But audits conducted by the Oklahoma State Auditor and Inspector between 2009 and 2014, according to a report from Oklahoma Watch, reveal that seized property and proceeds from forfeitures have been misused, misspent or are missing.

Misuse of civil asset forfeiture funds is not limited to Oklahoma. Law enforcement in other states have used proceeds to purchase unnecessary items, such as a Zamboni, travel expenditures, parties, booze and a margarita machine, and vacations. Some of revelations in the Oklahoma Watch report, however, deserve similar scrutiny.

"Audits done by the Oklahoma State Auditor and Inspector's Office from 2009 to 2014 show many district attorneys' districts did not have written formal policies governing seized property," Oklahoma Watch explained. "Also, in many cases, local law enforcement agencies did not keep an inventory of seized items."

Some particularly egregious examples of misallocation or misappropriation of seized assets include a Beaver County assistant district attorney living rent-free in a house that had been obtained through forfeiture. The "forfeiture house," as it is called in the 2009 audit, was forfeited to the state in October 2004 and ordered to be sold. The assistant district attorney lived in the house from July 2005 through 2009.

"These conditions resulted in expenditures that were not for the enforcement of controlled dangerous substances laws, drug abuse prevention and drug abuse education, tax liabilities to both the employee and employer, and the court ordered judgment to sell the property and house was not followed," the state auditor's report noted. The report also found expenses related to utilities and repairs to the house were paid out of the district attorney's supervision fee account. The auditor recommended that those expenses be reimbursed from the district attorney's forfeiture fund.

Another example is $5,000 of forfeiture proceeds that were spent to help pay off a Washington and Nowata counties' assistant district attorney's student loans. "While this expenditure is allowable by the 'Financial Reimbursement for Educational Expenses Act of 2007' of the Oklahoma Statutes," the audit explained, "it should not have been expended through the Property Forfeiture account which has a restricted purpose."

The district attorney defended the use of the funds, according to the report, claiming that because the assistant district attorney prosecutes a large number of low-level and juvenile drug cases, it should be an allowable expense. The problem, as the auditor explained in the report, is the source of the funds, not the expense. The Oklahoma District Attorney Counsel reimbursed the funds to end the controversy.

There are several other examples in Oklahoma Watch's report, including the disbursement of seized cash before it was forfeited to the state and expenses for retirement plaques, a retirement party, and doughnuts. There are also instances of poor accounting of seized and forfeited assets, such as seized firearms that went missing and money listed as forfeited despite never having a case filed in court. Additionally, the McCarville Report, another Oklahoma blog, has details on several dozen examples of abuse.

Law enforcement should be funded to the extent to which it needs to be to perform its primary task of protecting and serving Oklahoma communities, and no one is arguing otherwise. But the funding responsibility should fall on the state legislature and local governments. It should not come from the perverse profit motive created by civil asset forfeiture, which, far too often, involves proceeds from property wrongfully taken from innocent people.