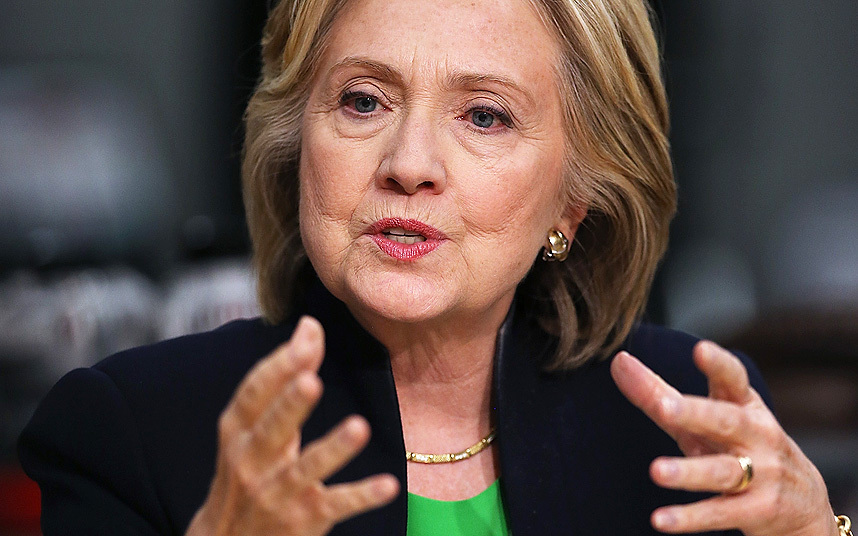 In a campaign tour of Iowa, Hillary Clinton said, “We need to fix our dysfunctional political system and get unaccountable money out of it once and for all, even if that takes a constitutional amendment.” Mrs. Clinton is repeating the “progressive” mantra to reverse the Citizens United case, which found a 2002 Federal law unconstitutional. Former Federal Election Commissioner (FEC), Donald F. McGahn II, explains in the Wall Street Journal:

Citizens United, the justices were actually debating a simple issue: Whether a movie critical of then-Sen. Hillary Clinton could be aired on pay-per-view television. Under the Bipartisan Campaign Finance Reform Act of 2002, such activity was banned within 30 days of a primary election. The justices struck down this prohibition, ruling that “the First Amendment protects political speech.” Chief Justice John Roberts was even more blunt, arguing that such bans subvert “the vibrant public discourse that is at the foundation of our democracy.”

The Bipartisan Campaign Finance Reform Act of 2002 was a devious attempt by Republicans and Democrats (and voted for by Senator Clinton) to stop independent, outside groups from speaking for or against political candidates. Chief Justice Roberts was correct; Congress intended to stop a “vibrant public discourse that is at the foundation of our democracy.” Fortunately, the Supreme Court, vested with judicial review, declared that Congress and President Bush II violated the First Amendment.

Of course, this does not prevent Congress and a President from conspiring to control and limit political speech. In fact, President Obama was so outraged over the Supreme Court decision that he confronted the Justices in a State of the Union speech excoriating the evils of corporate money: "the floodgates for special interests—including foreign corporations—to spend without limit in our elections." First, the President is wrong about foreign corporations. Federal law - 2 U.S.C. § 441(e) - prohibits foreign corporations from contributing to elections, and Citizens United did not alter that law. Additionally, Citizens United did not change Federal and State laws that limit the amount a person or other entities may give to candidates.

Again, can an individual or a group of people produce and dispense opinions and facts about candidates? Or as Chief Justice Roberts wrote, does our Constitution protect “the vibrant public discourse that is at the foundation of our democracy?” In the majority opinion, Justice Kennedy wrote, "If the First Amendment has any force, it prohibits Congress from fining or jailing citizens, or associations of citizens, for simply engaging in political speech."

Hence, following the President’s lead, Democrats have chanted on and on about “dark” money and the need for an amendment. In 2013, Senator Tom Udall (D-NM) proposed an amendment to limit political speech allowing Congress to regulate and limit fundraising and spending on Federal and State candidates. The law would prohibit the Supreme Court from declaring any legislation limiting and controlling unconstitutional spending. In other words, eviscerating the essence of the First Amendment – freedom from coercive government:

Last year, over 50 Senators, all Democrats, voted for Udall’s proposed amendment. Now, Hillary Clinton supports the power of Congress and State legislators to determine who can donate to a political candidate, how much a candidate can spend, and when the money can be spent. Senator Udall's amendment also “advance(s) the fundamental principle of political equality for all.” So, besides making a new amendment for political speech, it could easily lead to equity of content, value and whatever politicians and their regulators concoct. In other words, it will eviscerate the First Amendment and let elected politicians determine who can contribute, how much, and what can be stated for or against them. Once elected, a politician would almost be totally assured of holding office for life.

Thankfully, the First Amendment still exists and the Supreme Court still has the power to declare Congress and the President violated our Constitution.

Hillary Clinton took responsibility for not responding after months and months of cries for help in Libya. They were warmed it was not safe. The British left, they were photographed and bombed, and still did not leave.

On the evening of September 11, 2012, Christopher Stevens, was killed by Islamic terrorists in Benghazi, Libya. He was the first US ambassador killed in the line of duty since 1979.

I would still like to know who gave the stand down order while our embassy was being attacked, perhaps the e-mails would have shed some light, if Hillary did not erase them. I read a rumor it was Obama’s top advisor Valerie Jarrett who born in Iran. Libya has become a breeding ground for Daesh (ISIS) thanks to Hillary. Is this a person one can trust to be Commander and Chief?

The Clinton Foundation collected contributions, between $1 million and $10 million, from Kuwait and the United Arab Emirates, and about $25 million from Saudi Arabia.