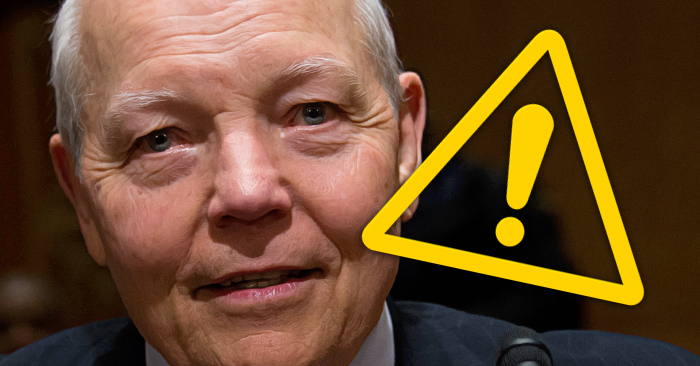 “John Koskinen must be held accountable for his actions and those of the agency he oversees. Three years ago, Americans learned that the IRS targeted conservative groups simply for their beliefs,” commented FreedomWorks CEO Adam Brandon before the first part of the hearing on May 24. “Congress has tried to get to the bottom of this scandal. Rather than comply with congressional subpoenas and tell the truth about what happened and why, Koskinen has been a roadblock.”

Partisan tension in the room was high as conservatives battled Democrats who repeatedly attempted to divert the hearing.

Of course, this hearing came on the same day that Democrats in the House staged a politically fueled protest designed to bolster donations and chip away at the right to due process, or a “sit-in” on the House floor. The same antagonism that characterized the protest hung heavy in the room as Democrats complained that the hearing was a waste of time.

Rep. Jerrold Nadler (D-N.Y.) sneered at Republicans, asserting that “Congress has a lot to do” and suggesting that they focus instead on “more substantial” issues like gun control. Rep. Hank Johnson (D-GA) went as far as to mock conservatives in the room, comparing them to a “dog chasing its tail.”

Thankfully, principled conservatives in the House stood strong in defense of political speech and highlighted the abhorrent acts of Commissioner Koskinen. Rep. Jim Jordan (R-Ohio) and Rep. Jason Chaffetz (R-Utah) made it clear that Koskinen acted willfully to undermine the First Amendment while Rep. Steve King (R-Iowa) questioned the balance of power and wondered what would happen if the Legislature attempted to expand its authority like the Executive and the Judicial branches.

Former assistant U.S. attorney Andrew McCarthy, a witness at the hearing, testified that if Congress won't impeach and can’t use the power of the purse out of fear of a government shutdown, then we “are greenlighting misconduct.” It is imperative that Congress be able to exercise oversight. We must work to restore the Constitutional balance of power.

Others in the room entertained a debate about what constitutes an impeachable offense.

Ultimately, the IRS targeted groups for their political affiliation in an effort to suppress political speech. That falls on Koskinen as the Commissioner whether he was grossly negligent, turning a blind eye, or knowingly involved. All Americans, not just conservatives, deserve to see action against Koskinen. Otherwise, a precedent is created that justifies corruption and protects government officials who fail the people.

Koskinen is the people’s employee; it’s time to pursue impeachment and fire him.