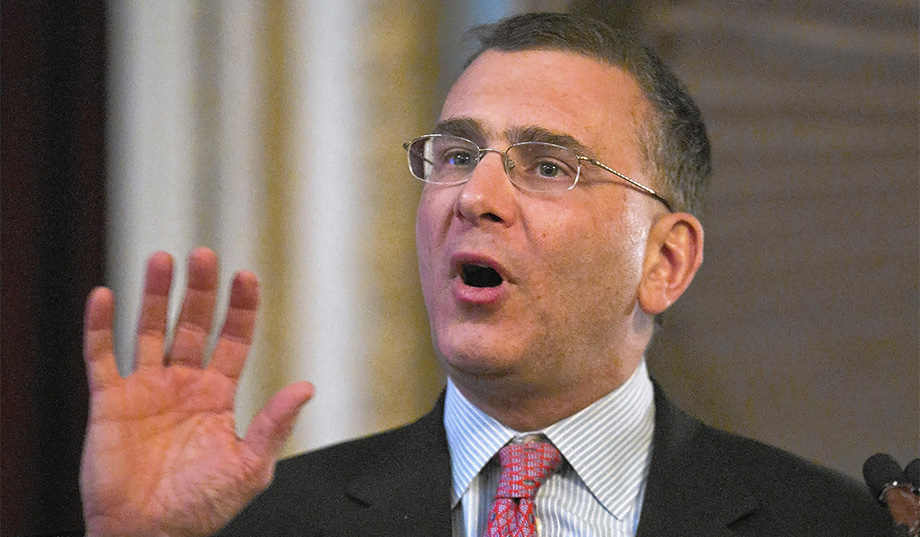 One of the big arguments for ObamaCare is that the law has mechanisms in place that control healthcare costs, or at least that's what Americans have been told countless times by President Barack Obama and others. They've seized on recent reports of the slowdown in healthcare spending, frequently asserting that the 2010 law is responsible. In reality, the looming effects of the Great Recession is the main reason why healthcare spending has risen at a slower pace.

Jonathan Gruber, the MIT economist who helped craft ObamaCare, is among those who've talked about the law's cost controls, which is, he says, "what people want to hear about." In March 2010, just days before President Obama signed it into law, Gruber said that ObamaCare takes a "spaghetti approach" with cost controls by "[t]hrow[ing] a bunch of stuff against the wall and see what sticks."

This hardly inspires confidence, considering that the cost controls have been so frequently mentioned by supporters of the law. But, in October 2009 lecture unearthed by The Daily Caller, Gruber not only admitted that ObamaCare has "no cost controls," he openly touted it.

"There’s a real debate about what is affordable, and there’s no right answer here," Gruber said in his lecture at Syracuse University. "The problem is it starts to go hand in hand with the [individual] mandate; you can’t mandate insurance that’s not affordable. This is going to be a major issue," he noted before diving into the exorbitant price tags of the House and Senate proposals.

"We have tried on average every 17.9 years for the last 50 years to have a major health reform, and every time it’s been killed because the people who would get hurt by cost controls have opposed it," said Gruber. "So what’s different this time? Why are we closer than we’ve ever been before? Because there are no cost controls in these proposals. Because this bill’s about coverage. Which is good! Why should we hold 48 million uninsured people hostage to the fact that we don’t yet know how to control costs in a politically acceptable way? Let’s get the people covered and then let’s do cost control."

Yeah, "do[ing] cost control" is easier said than done. As mentioned on Monday, Congress routinely ignores Medicare reimbursement rate cuts designed to keep the program fiscally sustainable. But the sort of cost control Gruber envisions isn't "politically acceptable," as he puts it, largely because it would mean "telling patients they can’t have something they want," which, he said, is "[t]he real substance of cost control."

"Basically the notion would be to move to a level where everyone has a solid basic insurance level of coverage," said Gruber. "Above that people pay on their own, without tax-subsidized dollars, to buy a higher level of coverage."

It's true that patients would be more cautious about procedures and treatments, medically necessary or not, if they were picking up more or all of the cost. But ObamaCare goes about this exactly the wrong way. The law -- with its mandates, taxes, and regulations -- drives up healthcare costs. The better way to go about this is a consumer-centered healthcare plan that reduces costs and empowers patients rather than one-size-fits-all dictates from insufferable central planners like Jonathan Gruber and bureaucrats in Washington.

Can we make this idiot accountable, and get our money back for his "consulting" fraud against the populous?