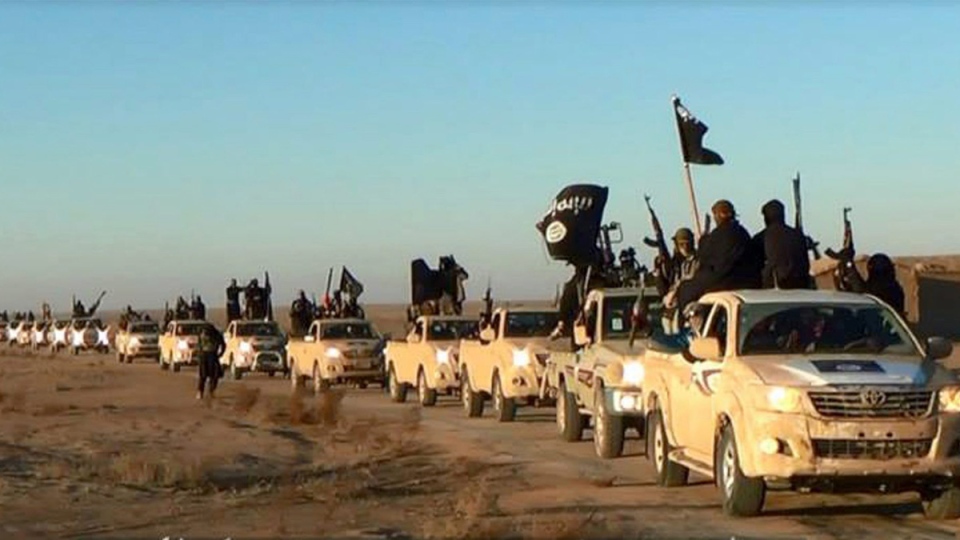 To some people, government appears as a vast reservoir of power which inspires them to dream of what use might be made of it. They have favorite projects of various dimensions which they sincerely believe are for the benefit of mankind. They are thus disposed to recognize government—an instrument of passion, the art of politics to inflame and direct desire. - Michael Oakeshott, English political philosopher 1901-1990

Earlier this year, President Obama dismissed the potential threat imposed by fanatical killers in Iraq and Syria. These marauding killers have executed, raped, tortured and brutalized thousands of people that have faiths different than their Sunni sect. Now, the group controls large parts of Iraq and Syria called ISIS and have arms (many of which are American weapons given to the Iraqi army), money (looted from banks) and oil (in abundance). In January, when asked about the rise and threat of the ISIS, President Obama dismissed the threat as jayvees.

Obama said, "The analogy we use around here sometimes, and I think is accurate, is if a jayvee team puts on Lakers uniforms that doesn’t make them Kobe Bryant.” While that may be true, what if the JV team has AK 47s and kills for their religion? Then, what do we do? Kobe’s skills are defenseless against a group of armed killers. Tragically, this is what is occurring in the Middle East.

President Obama was attempting to “talk away” a political and military threat, which was contrary to a few of his favored projects. One of which was his vision and intent to bring peace and good will between the Muslims and the West, specifically the United States. Yes, peace between the Muslim world and the West is an absolute necessity for civilization on Earth.

Unfortunately, Mr. Obama failed to realize no person has the historical and cultural knowledge, discernment, and management skills to achieve the desired peaceful co-existence. It has yet to happen. Instead, Mr. Obama arrogantly proclaimed to be a unique and a great orator of superior intellect. According to his actions, he seems to think he comprehends what other people don’t begin to understand and appreciate. As President of the United States, he feels he can find the path between warring ideologies and believes that through the power of his words he can change the world.

As Michael Oakeshott, a British political philosopher, wrote many years before Mr. Obama was a political force:

To some people, government appears as a vast reservoir of power which inspires them to dream of what use might be made of it. They have favorite projects of various dimensions which they sincerely believe are for the benefit of mankind. They are thus disposed to recognize government—an instrument of passion, the art of politics to inflame and direct desire.

As President, Mr. Obama used government as an instrument of passion and his art of politics to inflame and direct desire. His first major rapprochement speech to the Muslin world was in Cairo, Egypt when he proposed "a new beginning:"

I have come here to seek a new beginning between the United States and Muslims around the world; one based upon mutual interest and mutual respect; and one based upon the truth that America and Islam are not exclusive, and need not be in competition. Instead, they overlap, and share common principles - principles of justice and progress; tolerance and the dignity of all human beings.

Unfortunately, the Obama Administration was incapable of dealing with how many countries and cultures are in revolt in the Middle East. We supported dictators, in Egypt, Tunisia, Jordan, Syria, Bahrain, Yemen and Saudi Arabia; many of which oppressed their youth. President Obama unilaterally removed Gaddafi in Libya, which resulted in deadly chaos, and belatedly dethroned Mubarak in Egypt. Then allowed the democratically elected Muslim brotherhood to be removed by the army. Obama’s actions do not match the hope and change he extolled for the Muslim world.

Part of the problem is Obama failed to see the reality of the Middle East's situation and ignored what wasn't part of HIS agenda. Obama and his administration were "disposed to recognize government—an instrument of passion, the art of politics to inflame and direct desire," but were not ready for the Arab Spring. The same is true with the "jayvees" and the thousands of people killed in Iraq, Syria, and now ISIS. He ignored the fact the jayvees brought AK-47s to a "basketball game" and, horrifically, thousands of innocent people continue to be killed in Iraq and Syria.

Simply, he ignored the ISIS; it wasn’t part of his agenda to inflame and direct desire. As former Pakistani finance minister Shahid Javed Burki said, "...in resetting the button, President Obama needs to move forward from rhetoric to real politics."

FreedomWorks Statement in Response to U.S. Withdrawal From Syria

Democracy and Power 112: Fidelity to Leadership To be elected, a politician must please his or her constituents. However, to be a powerful legislative force, a politician must be an obedient member of a party – Democrat or Republican.