Keep the IRS’ Hands off our Data 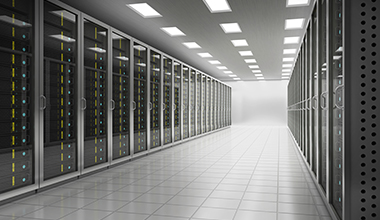 Your data, soon to be in the hands of the IRS

In the storm of justifiable outrage over the IRS’ targeting of conservatives, the willful obstruction of Lois Lerner, the incompetence/dishonesty of lost emails, and the IRS’ multiple attempts to pass a regulation that would severely limit the ability of non-profits to engage in political speech, it’s easy to forget that this is the same agency that has been tasked with the enforcement of ObamaCare and the tools it has been given to accomplish this insidious mission.

I refer, of course, to ObamaCare’s Federal Services Date Hub, a program whose very name conjures of images of some kind of totalitarian science fiction techno-future dystopia. Think I exaggerate? Read on.

The Data Hub is a massive information sharing network that allows the IRS access to information from the Social Security Administration, the Department of Homeland Security, the Veterans Health Administration, the Department of Defense, the Office of Personnel Management and the Peace Corps, what amounts to an immense body of personal data on everyone who has signed up for ObamaCare on a health insurance exchange.

What sort of personal data are we talking about here? Everything from telephone numbers and addresses to tax data, social security numbers, health insurance records, immigration status, and prison records will be on display for any government bureaucrat - or enterprising hacker, for that matter - to see. Privacy, at least as far as the government is concerned, will be a thing of the past.

Are we really so naive as to think that this power will not be abused, even after all the corruption and subterfuge we have seen from these agencies?

Murray Rothbard recognized the danger and power of the government’s collection of statistical data in his 1961 essay, “Statistics: Achilles’s Heel of Government.”

“Statistics are the eyes and ears of the bureaucrat, the politician, the socialistic reformer. Only by statistics can they know, or at least have any idea about, what is going on in the economy.”

He goes then goes on to posit a solution, with characteristic clarity and lucidity:

“Cut off those eyes and ears, destroy those crucial guidelines to knowledge, and the whole threat of government intervention is almost completely eliminated.”

The ObamaCare Data Hub makes government eyes the equivalent of the Hubble Telescope. It gives bureaucratic ears the world’s most powerful hearing aid. It vastly expands the government’s access to information on the private lives of individual citizens.

This is the kind of power the IRS will be given if it is allowed to enforce the ObamaCare mandates. They are proposing to hand over the data of every American to an agency that can’t keep track of its own emails or refrain from illegal partisanship.

We can’t let them get away with it. If we are to preserve our rights as individuals, if we want to maintain our privacy within our own homes, if we mean to withhold even one shred of power from unelected bureaucrats, we have get the IRS out of our health care today.

Get the IRS out of your Health Care
Tags IRS, ObamaCare, Data Hub
Log in or register to post comments.
Related Posts
""
"http:\/\/www.freedomworks.org\/content\/freedomworks-foundation-statement-end-irs-open-public-comment-period-donor-reporting?social=facebook_share"
""
http://fw-d7-freedomworks-org.s3.amazonaws.com/styles/thumbnail/s3/field/image/iStock_IRS_Full.jpg?itok=uSVI52Kt
Press Release