The "Keep Your Doctor" Lie Gets Even Worse 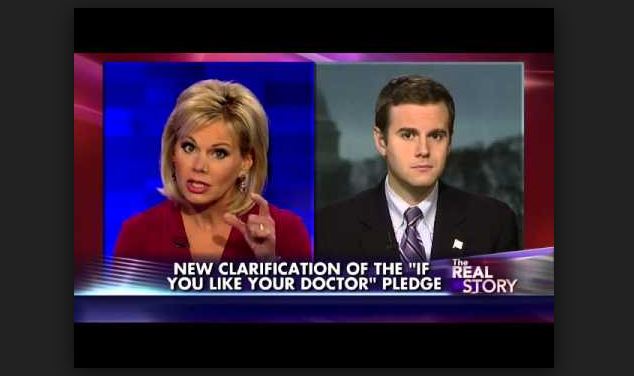 Selling America on being able to keep their plan and their doctor became Politifact's Lie of the Year in 2013.

As White House spokesman Tommy Vietor would say, 'Dude, that was a year ago.'

So why dredge up something that Americans already know was a lie? While the lie might be old news, people trying to "keep their doctor" are still fighting through the disappointment, and the pain is all too new.

A recent report from the Associated Press indicates that consumers purchasing Obamacare plans "are finding their access limited across all price ranges.”

That limited access is equating to consumer frustration over losing their doctors. It is a dilemma "undercuts President Obama’s 2009 pledge" that patients would be able to keep their doctor.

There is something though, that consumers can do to keep their doctor - cough up more cash.

Via the New York Times:

“In the midst of all the turmoil in health care these days, one thing is becoming clear: No matter what kind of health plan consumers choose, they will find fewer doctors and hospitals in their network — or pay much more for the privilege of going to any provider they want.”

Many of the plans provided by the newly created state insurance exchanges include what are referred to as 'narrow networks.' While these networks vary in size, many Obamacare plans "exclude at least some large hospitals or doctors’ groups." This, according to Marcus Merz, the chief executive of PreferredOne, is a good thing. Open access and broad networks are an idea that people have become too accustomed to, according to Merz. "We have to break people away from the choice habit that everyone has."

Meanwhile, the AP spoke to some consumers who didn't take kindly to having their habit of choice, and their health insurance, broken.

Michelle Pool purchased an Obamacare plan on the California state exchange. Prior to doing so, she researched her options and had determined that under the new plan she would be able to keep her longtime primary care doctor. Keeping her physician would be essential as a 60-year-old diabetic who had had a hip replacement and back surgery. So she committed to a new gold plan thinking she was getting a good deal.

Like a bait and switch from a used car salesman, Pool had been duped. It was only after her insurance card came in the mail that she realized her doctor wasn't taking the new insurance. "I’m extremely discouraged," she said. "I’m stuck.”

James Potts was another victim of the "keep your doctor" scheme. Potts purchased a plan provided by the same company he had previously until his original plan was canceled under the Affordable Care Act. Thinking the doctors would remain the same under his new plan proved to be a mistake. After getting sick, Potts contacted the three facilities near his home and found that none of them would accept the plan, including his primary care doctor. Potts called his purchase "a waste of money" and said he couldn't even "find doctors that would talk to me."

Americans were sold a bill of goods when they were repeatedly promised they could keep their plan and their doctor. Now when they are finding out the reality behind President Obama's pitch, they are told they need to break the choice habit. If they don't like it, they can hand over more cash in an already struggling economy.

The President's lies cost the American people their plans, their doctors, and their hard-earned money. And it will only get worse.

This bill is just a disaster all the way around. And how can this government purport to manage the entire population's healthcare, when it is doing so horrendous a job managing our broken military personnel's healthcare that some are dying waiting to get treated? How many people have to die before enough rage is leveled at Obamacare to force its repeal?