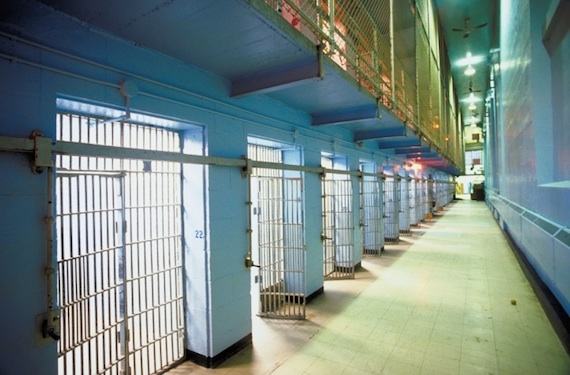 It turns out that fewer prisoners doesn't mean more criminals.

The United States has one of the highest incarceration rates in the world, as well as the largest prison population anywhere on Earth. With all those people locked away, one would hope that the streets would be pretty safe for the rest of us. Yet in many parts of the country, crime rates remain high, leading some to question whether putting so many people in prison is actually making us any safer.

Overcriminalization of non-violent crimes is clogging up the system, making it harder for law enforcement and judicial authorities to appropriately deal with criminals who are truly dangerous. Still, the suggestion that we should strive for lower incarceration rates worries some people. Won’t letting people out of prison just result in more criminals on the streets?

While this concern is understandable and intuitive, an analysis of incarceration and crime statistics across the states does not support it. A recent study from Pew Charitable Trusts found that, contrary to expectations, many states that have worked to reduce their incarceration rates have seen an accompanying decrease in crime.

It is important not to overstate this relationship. News outlets, in search of catchy headlines, are often all too quick to draw sensational conclusions from relatively nuanced studies. A dedication to objectivity, fairness, and truth demands that we resist these temptations towards exaggeration.

The conclusion to be drawn from the numbers is not that less incarceration leads to less crime - the data does not support that claim. Neither can we claim that there is a causal relationship between incarceration and crime rates. The causes of crime are extremely complex and cannot be captured in a single variable.

But the important takeaway from this study is that there appears to be no systematic relationship between crime and incarceration. This means that fears that sentencing and prison reform will lead to more crime are unfounded. It also means that we cannot expect to reduce crime in any meaningful way simply by indiscriminately throwing more people in prison.

A final takeaway from the data is that nearly every state, regardless of its incarceration rates, saw net reductions in crime between 2008 and 2013. This revelation should serve as a sobering dose of optimism for those who feel that things have never been worse.

The justice system punishes too many people unjustly, and violates too many of our constitutional rights. This study should help ease some concerns about the reforms that are badly needed to make America a safer, freer place to live.