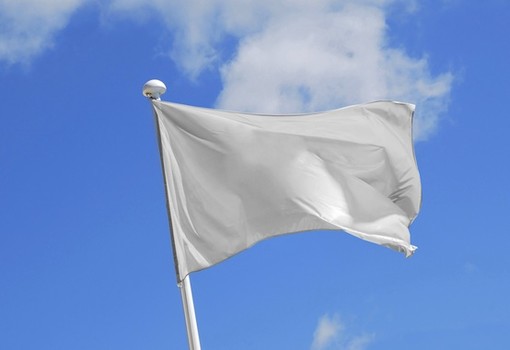 McConnell is already waving the white flag on spending.

In order to effectively negotiate, it’s important to come to the table from a position of strength. You have to make the other side believe that you will fight for your priorities and not take no for an answer. Most importantly, you should never let your opponent know that you’re prepared to cave at the drop of a hat, even if you are.

Senate Majority Leader Mitch McConnell has already made this cardinal mistake in the government funding battle scheduled for later this year.

Harry Reid and members of his party have already been promising to oppose spending bills that do not increase spending and break the budget caps established by the Budget Control Act, setting the stage for a grueling fight to determine whether Republicans squander their majority or actually try to rein in the size and scope of government. Neither side is going to want to budge, so it becomes a battle of wills, where we see who is more committed to fighting for their principles.

At least, that’s the way it should have been. Instead, Mitch McConnell said in a press conference: “I can tell you without fear of contradiction there will be no government shutdown.” A government shutdown would have been the result if neither Republicans nor Democrats gave ground on their spending priorities. By explicitly stating that he will not allow that to happen, McConnell is admitting that Republicans will cave in to Democrats before the fight even begins.

This is negotiation suicide. Now, the Democrats have a guarantee that they can get their way by threatening a government shutdown, knowing that Republican leadership lacks the spine to stand up to them. What reason do they have to even come to the negotiating table in good faith anymore?

The American people are fed up with politicians who make big campaign promises, but then immediately fold as soon as the task of legislating gets hard. In the 2014 midterms, we were repeatedly assured that all we needed was a Republican majority in the Senate to repeal ObamaCare, rein in president’s executive regulations, and restore economic growth and prosperity to America. Now, it’s already August recess, and what has this majority accomplished?

In a similarly uninspiring press conference, Speaker John Boehner lamented the fact that Democratic control of the White House was preventing him from fighting for liberty. If only we elect a Republican president, then Congress can really make a difference. Of course, no one is buying it this time.

McConnell’s early surrender is indicative of his entire leadership style, and is emblematic of everything people hate about politics. If Harry Reid is going to continue to drive the agenda in the Senate, there seems little point in Republicans having a majority at all. The only solution is to elect a Majority Leader with a backbone.