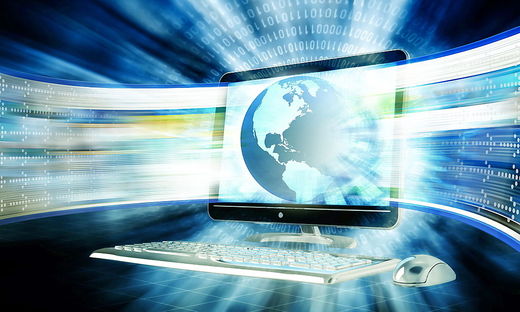 This Thursday, the Senate Commerce Committee unanimously voted in favor of the Mobile Now Act, a bipartisan effort introduced by Senator John Thune, which would open up large amounts of broadband spectrum, currently being used by the government, to commercial and unlicensed use. Proposals like the Mobile Now are exactly the steps the nation should be taking in encouraging rapid innovation in the broadband marketplace.

In particular, the bill mandates that, by 2020, 500 megahertz of radio spectrum, currently used by the government, must be made available for private use. Currently, the government sells access to different parts of the spectrum to various companies, such as cellphone operators, determining which part of the spectrum that company can use its services on.

This release will allow companies to use parts of the spectrum currently being used exclusively by the federal government. The bill also includes further calls to continue research in giving up federal access to spectrum and finding new ways to utilize different parts of the spectrum. Included in the bill are a number of amendments that further encourages innovation and competition. One such amendment would create a contest to encourage private research in developing broadband networks. This contest is particularly valuable in giving the people the power to find innovative solutions while also bypassing inefficient government R&D procedures.

The Mobile Now Act comes at a particularly important time, as more and more consumer products are creating massive amounts of network traffic. In particular, the Internet of Things, a term which applies to the many appliances and products, such as cars, refrigerators, etc., with internet connections, has increased dramatically in recent years. In the graph below, Business Insider has tracked the massive growth of devices connected to the internet, with expectations that these products will increase by the billions in the coming years. Of course, as the number of devices increased, the demands on the networks increase. By opening up this spectrum, Mobile Now will allow producers and consumers to continue to buy into the Internet of Things without straining network capacities.

The Mobile Now proposal will also be instrumental for 5G networks, which are quickly developing and will likely enter the marketplace in the near-future. These 5G networks would allow for much faster transfers of data and response times, which is valuable for both private and commercial use. Of course, these increased services will require more resources to run the networks, so the yield of available spectrum will allow 5G networks to develop and operate more efficiently.

Mobile Now is a valuable proposal that will inspire greater innovation in the wireless marketplace. By transferring control of the spectrum from the government to the people, everyone stands to benefit from better network capabilities.

Play the best and original free minesweeper games,such a great cool game,i am sure you fully enjoyed and felling very well https://myminesweeper.com so,play in you computer and invite your friends and family member.

Section 702’s Expiration Date -- Could it Bring Backdoor Searches to an End?

Section 702 of the Foreign Intelligence Surveillance Amendments Act (FISA) is set to expire on December of 2017, and the debate over Fourth Amendment protections vs. security will be revisited. Intelligence officials have been pushing for its renewal for a year already. The use of Section 702 for spying on Americans created a national uproar when revealed by Edward Snowden, who disclosed classified information about the mass surveillance of Americans by the government.