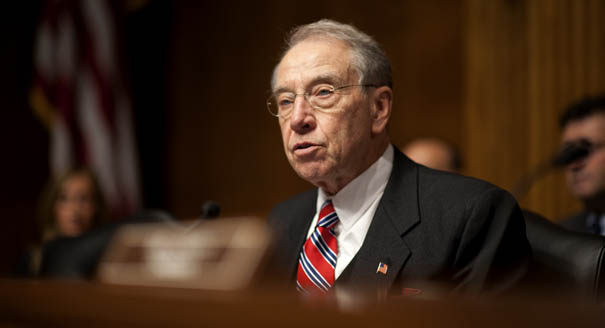 Over the last several years, many states, particularly where Republicans are in control, have looked for ways to get smarter on how they approach corrections. These states, such as Texas and Georgia, have seen tremendous success, and others are taking notice. Congress, however, has been slow to act on justice reform, even as the costs to taxpayers continues to grow due to the bad policies of the past.

One of the worst policies Congress has implemented is mandatory minimum sentences. This policy is little more than big government in the courtroom. It entraps many nonviolent offenders in federal prisons, leading to an unnecessarily inflated number of inmates, and rips families and entire communities apart. Federal mandatory minimum sentences also cost taxpayers billions of dollars, which is why the U.S. Sentencing Commission has urged Congress to expand the "safety valve" exception to include more low-level, nonviolent offenders with little or no criminal history.

Thankfully, members of Congress, Republicans and Democrats alike, see these problems with mandatory minimum sentences and are working to reform this bad policy.

In February, Sens. Mike Lee (R-Utah) and Dick Durbin (D-Ill.) introduced the Smarter Sentencing Act (S. 502), which would reduce mandatory minimum sentences cut in half mandatory minimums for nonviolent drug offenders by half and expand the "safety valve." Cosponsors of the bill are a diverse group that includes Sens. Ted Cruz (R-Texas), Rand Paul (R-Ky.), Cory Booker (D-N.J.), and Sheldon Whitehouse (D-R.I.). FreedomWorks, along with many other organizations from the right and the left, have expressed strong support for the bill.

This has not been an easy sell for Grassley. He spoke against the effort to reform mandatory minimum sentences shortly after the Smarter Sentencing Act was introduced, repeating bad information he was given to back his position. The Iowa Republican, however, is a thoughtful man. He has listened to the calls from his colleagues and advocates for reform on the outside, including 130 religious leaders who have urged him to take action, and family members of nonviolent offenders who have been prosecuted under mandatory minimums.

"We are negotiating at the staff level at this point," Grassley told the National Journal. "It hasn't involved members except previously when I went around to visit with everybody on the committee, and I asked them what their main thing was. The people who were involved in sentencing reform, I informed them that I was interested in writing a bill and wanted to start listening to them."

Grassley has already expressed interest in reforming other aspects of the justice system. He, for example, held a hearing in April on civil asset forfeiture, signaling that he would soon introduce reform legislation to protect innocent property owners from overzealous federal agencies. He has also taken on juvenile justice reform as a cause, recently offering a bill to reauthorize the Juvenile Justice and Delinquency Prevention Act of 1974, which has not been updated since 1992.

Though Grassley is ready to move forward on sentencing reform, the Smarter Sentencing Act, which would bring a cost savings of $3 billion over the next 10 years and nearly $24 billion over 20 years, may not be the bill that comes before the Senate Judiciary Committee. Though Grassley's position has evolved, the bill that could be the product of negotiations may be more of a "good start" than comprehensive reform.

Still, some, like Sen. Jeff Flake (R-Ariz.), are optimistic about Grassley's new approach. "This gives us some momentum. I think it is going to get done," said Flake. "It is overdue."

There is a short window left to act. After August, it will be more difficult to pass any legislation as all eyes will turn to electoral politics. As Flake says, action is overdue. Since Congress first stepped into the courtroom in the 1980s, research has found that mandatory minimum sentences are ineffective and, because of the heavy costs of incarceration for nonviolent offenders, consume resources that should be used to keep the violent criminals off the streets.

Grassley's willingness to take up sentencing reform is certainly great news, but a significant reform, such as the Smarter Sentencing Act, is ideal. Getting big government out of the courtroom by allowing judges to consider a nonviolent offender's personal circumstances and giving them the ability to mete out a punishment that fits the crime would restore fairness in the justice system and ease the cost burden on taxpayers. These should be the goals of the Senate Judiciary Committee as they consider long overdue sentencing reforms.