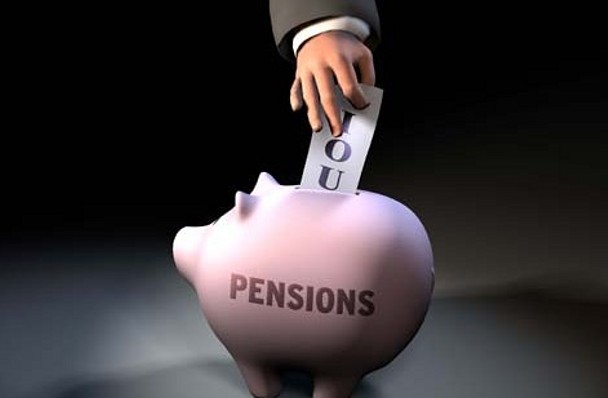 Recently, in the Wall Street Journal, Richard Ravitch, former lieutenant governor of New York and adviser to the bankruptcy judge in Detroit, warns Americans that many of our cities and states have unfunded pensions, which are on track to becoming a financial and political wreck - just like Detroit.

Millennials, if you live in a city or state that has been "cooking the books," you may be unaware you have a debt and a looming tax. Worse if you live in Chicago, you have a double whammy - both your city and state, Chicago and Illinois, are in trouble.

The problems are ingrained in the political structure of popularly-elected politicians. They give goodies, or promises, to active voters and stick the burden on future generations. That means you, Millennial generation. Ravitch and Paul Volcker, an American economist, have studied and written about the problem in a report titled, the Final Report of the State Budget Crisis Task Force. Through their research, Ravitch and Volcker found:

Deceivingly, cities and states are borrowing money to meet their operating deficits. For example, Chicago, in order to pay for operating expenses, has issued a 75-year lease on its parking meters for nearly $1.2 billion. Wow, is right. Eventually, Millennials and other taxpayers must pay this unpaid, tax bill. Plus, the state of Illinois has an unfunded, public pension liability of $100.5 billion. Has your heart stopped beating? Yes, indeed, more unpaid tax bills, and they keep piling up.

Ravitch suggests the Federal government impose honest accounting principles in exchange for the money sent to our states by the Feds. A better ideas is to end defined pension plans and begin converting all government employees to a defined contribution plan; a pension system owned by the worker that cannot be manipulated by politicians. A widely-held, private savings system is essential for a free and prosperous society, and will avoid a terrible, financial and political wreck. Nobel Laureate Freidrich Hayek stated:

The system of private property is the most important guaranty of freedom, not only for those who own property, but scarcely less for thos ewho do not. It is only because the control of the means of production is divided among many people acting independently that nobody has complete power over us, that we as individuals can decide what to do with ourselves. If all the means of production were vested in a single hand, whether it be nominally that of “society” as a whole or that of a dictator, whoever exercises this control has complete power over us.

Until Millennials and subsequent generations recognize what our federal, state and local governments are currently inflicting on them – pension debt and more debt, their freedom and prosperity will diminish. Only when the young embrace and champion property rights and force politicians to create system of private pension will peace and prosperity return to America.

What truly matters to Millennials? The struggle to find a job after college? Student Loans? Youth Unemployment? All these issues have hit our generation extremely hard, and it's time we rise up and engage our elected officials to find solutions to these very important issues.