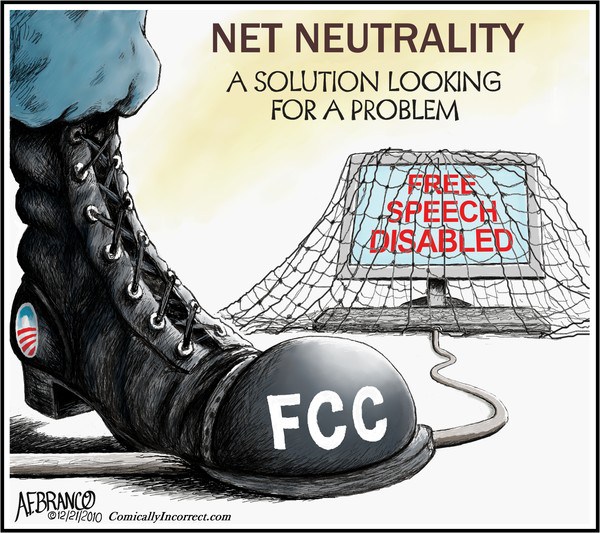 Thankfully, this whole narrative is false. There have been occasional company actions that would violate principles of net neutrality. But these violations occurred prior to the FCC applying expansive Title II regulations to ISPs in 2015. And without this expansion, censorship issues were dutifully resolved through existing consumer protection tools and public pressure.

When a company engages in anti-competitive censorship of website content, it is subject to antitrust regulations enforced by the Federal Trade Commission (FTC). The FTC investigates cases of monopolistic behavior and anti-competitive practices. Moreover, there are additional consumer protections against anti-competitive behavior that already exist within the FCC, such as Section 201 (b) of the Communications Act of 1934, which allows the FCC to evaluate whether actions of communications companies serve a broadly defined public interest.

There are other instances of anti-competitive behavior, all of which were resolved through existing protections and the cacophony of angry consumers. Fears of a content restrictive internet are fantasy.

Apart from censorship of competitors, there are no instances of ISPs censoring websites arbitrarily. This is a problem that simply doesn’t exist. Content based censorship provokes backlash from customers who appreciate such content. Comcast would face a consumer exodus if it blocked the New England Patriots website just because it prefers the Miami Dolphins. No company would intentionally lose business. But even if censorship did occur did, consumers could respond by choosing a different ISP, and there are more options for internet service than ever. Broadband is no longer necessary for internet connection. WiFi, Smartphones, and tablets provide competition for ISPs that previously didn’t exist.

Basically, there is no evidence that Title II reclassification is necessary to prevent censorship. Even during the Obama administration, the FTC agreed that anti-trust law is the best method for ensuring a free and open internet. Instead of solving nonexistent problems, government should stick with what works: light touch regulation for the internet.