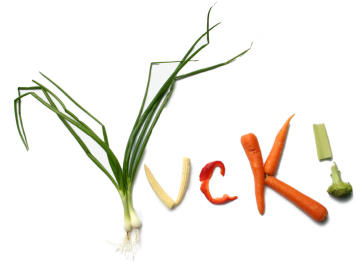 The USDA wants to loosen restrictions on schools that were put in place under the previous administration. Michelle Obama's program "modified requirements for sodium, whole grain, milk, and fruits and vegetables" in school lunches. In other words, the federal government required school districts to increase offerings of these items for kids.

Right off the bat, this is not the job of the federal government. Local school districts should not be micromanaged by Uncle Sam to the point where government bureaucrats dictate what can and cannot go on the cafeteria menu. Just like we saw with the absurd "Common Core" standards, there should be no one-size-fits-all approach to our nation's schools. The districts know better than the federal government what's more efficient for their kids.

Secondly, the Trump administration already rolled back a bulk of Michelle Obama's changes in 2018. Anyone claiming that this present rulemaking will drastically impact kids and schools is misleading. This rule merely provides schools with additional flexibility to reduce the required amount of fruits and vegetables. This is by no means a mandate that they do so. It only gives them the option An option - as we've already mentioned - that localities should have anyway.

Kids - and even a good many adults - don't like vegetables. This shouldn't be shocking news to anyone. Parents often have to force it down their child's throat to get them to eat any. That might be all fine and good, but it is not the government's job to be parents. In fact, it is wasteful for them to do so. A study commissioned by USDA shows that kids throw away almost a quarter of the fruits, fruit juices, milk, and bread the school offers. This number rockets up to nearly one-third when it comes to vegetables.

These foods are going to waste and it is costing local school districts. Until now, school districts had no choice but to eat those costs (no pun intended), because they were forced to provide a certain amount of fruits and vegetables. This Trump administration proposal ensures that the federal government does not impose costs on school districts that could be better utilized elsewhere. Vegetables are quite literally standing in the way of better education.

This rule also allows schools more flexibility in terms of what might be considered a vegetable. This means kids can still get some of the nutrients of vegetables in things they might actually enjoy, rather than getting none of that because they won't eat the distasteful vegetables served to them on their own. Certain pastas made with vegetables would be eligible, as might pizza with certain ingredients. Kids may still require "more wholesome" vegetables elsewhere, but that's a parenting conversation, not a conversation for bureaucratic backrooms in Washington.

The USDA is doing its best to ensure that localities have flexibility and that school children have the opportunity to actually enjoy their lunch, a development that might actually change their outlook on going to school. Instead of trashing classics like pizza and pasta, the wannabe central planners should ensure their own kids eat vegetables and leave the parenting decisions for other children to the actual parents of other children.

If you want to make your voice heard and let the Trump administration know that the federal government is not our nanny, you can support their scaleback of Michelle Obama's cafeteria cartel HERE.