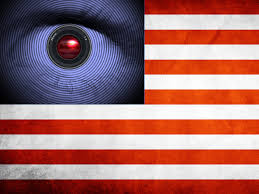 The NSA’s claims their primary purpose is collecting and analyzing of foreign intelligence and counterintelligence value.  The National Security Agency use cryptology to protect the vast array of domestic communications system and to analyze threats to the United States. Of all US intelligence agencies, the NSA is estimated as the most powerful and expensive intelligent agency in the federal government. The NSA has roughly 40,000 employees and is the largest employer in the state of Maryland. Since its inception, the NSA has a deep-seated history of using it capabilities beyond foreign threats to spy domestically upon the American people.

The Era of Watergate

In the Wake of the Watergate Scandal in 1972, the American people became concerned about the abuse of power by government agencies. As Americans eyes were opened to a massive abuse of power by the executive branch, they demanded a new level of accountability. Because of Watergate, “trusted” agencies of government were submitted to rigorous scrutiny.

When allegations surfaced of government agencies such as the NSA abusing powers, the Senate voted to establish an 11-member committee to investigate. The committee, spearheaded by Senator Frank Church (D-Idaho), conducted the investigation along similar lines to the Watergate enquiries. 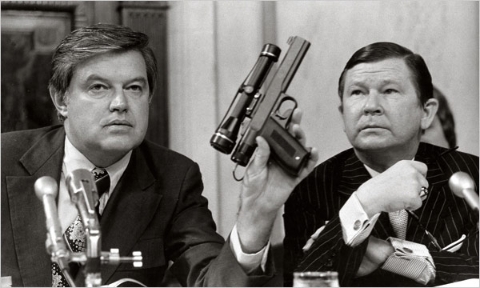 Senator Church summarized the impact, “[The National Security Agency's] capability at any time could be turned around on the American people, and no American would have any privacy left, such is their capability to monitor everything: telephone conversations, telegrams, it doesn’t matter. There would be no place to hide.” Member Frederick Schwarz concluded that the fundamental lesson learned by the committee is "when you start small, you go big...When you start in a way that seems legitimate, it inevitably goes too far."

To address these concerns, Congress enacted the Foreign Intelligence Surveillance Act (FISA). Among other policy reforms, FISA created a secretive court to issue warrants to the NSA “for reasonable” wiretaps and eavesdropping. In 1975, the New York Times explained that FISA established guidelines in which the NSA could only obtain “warrants under FISA that they could not get from an ordinary judge."

After the enactment of FISA, the NSA strictly followed the set parameters. However, that all changed on 9-11. In the aftermath, the agency compromised Fourth Amendment protections in the name of combating terrorism. Former NSA analysts explained, “The individual liberties preserved in the U.S. Constitution were no longer a consideration [at the NSA]."

This occurred because of President Bush’s quick reaction to circumvent the FISA regulations. "Twenty-three days after the Twin Towers fell, President Bush signed off on a secret eavesdropping operation,” reported Pulitzer Prize winning journalist Eric Lichtblau in his book Bush's Law [page 137], “Many of the country's senior national security officials, men and women with highest security clearances in his administration, knew nothing about it." The Bush administration slowly and secretly increased the authority and power of the NSA wiretapping operation in the years following 9-11. 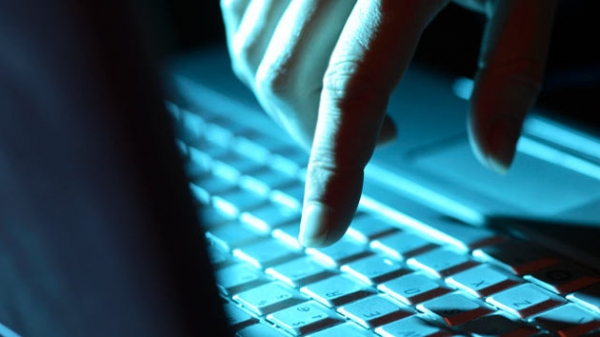 In President Bush’s second term, details of the NSA’s expanded powers began to surface. In 2005, President George Bush revealed the program existed and defended the program for fighting terrorism.

Under the Bush administration, an unprecedented amount of wiretapping and metadata tracking was  unleashed on ordinary citizens. By 2006, the NSA was collecting data to create "the largest database ever assembled in the world," with the goal of compiling "a database of every call ever made," with no exception for American citizens.

In 2008, the Foreign Intelligence Surveillance Act (FISA Act) was amended to formally allow the NSA to eavesdrop on phone calls and emails of ordinary Americans without properly justified warrants. One of the most significant changes to FISA was the clause absolving companies from liability for cooperating with the government by granting access to their private records of customer data.  The era post 9-11 introduced a new era of Big Government.

The Era of Big Brother

The new surveillance powers gave the government power to track U.S. citizens without oversight. The director of national intelligence described the reality, "There's only one entity in the entire universe that has visibility on all Special Access Programs—that's God."

In the spirit of the new era of big brother, the NSA began to construct a massive data center “to intercept, decipher, analyze, and store vast swaths of the world’s communications as they zap down from satellites and zip through the underground and undersea cables of international, foreign, and domestic networks.” This data center uses state of the art technology to track calls, emails and metadata.

In recent years, evidence emerged of the NSA having engaged in “over collection” of domestic communications of Americans. While previous evidence suggested the surveillance was incidental, the NSA’s new wiretapping and spying was described by officials and briefed lawyers as “significant and systemic.”

Evidence of the NSA’s overreach was brought to light in 2013. In early June, the American people learned that the NSA forced Verizon to release all phone records on an “ongoing, daily basis.” Shortly after, the Washington Post reported leaked slides describing the NSA’s PRISM program to tap major companies for extensive email and electronic communication records. Since then, the American public has been demanding answers about the actions of the NSA. 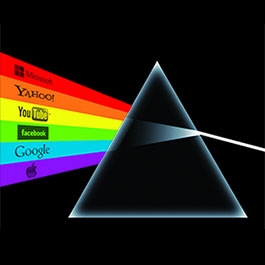 Looking to the Future

The NSA has a history of constitutional usurpations. When Senator Church originally scrutinized the NSA for such abuses, he understood the importance of accountability and oversight. Congress needs more oversight of the NSA. FISA should be restored to fulfill its original oversight purposes. Congress should strictly define ‘reasonable’ search to give full protection of fourth Amendment rights. Additionally, the Electronic Communication Protection Act (ECPA) should be reformed to provide protection against all unreasonable search and seizure online. Now, the American people must decide how they will react to the NSA’s overreach. America must decide between caving to Big Brother NSA or embracing constitutionally protected liberties.

As a former judge that has approved hundreds of search warrants, I strongly urge that Congress begin hearings to dissolve the Foreign Intelligence Surveillance Court (FISC) forthwith.