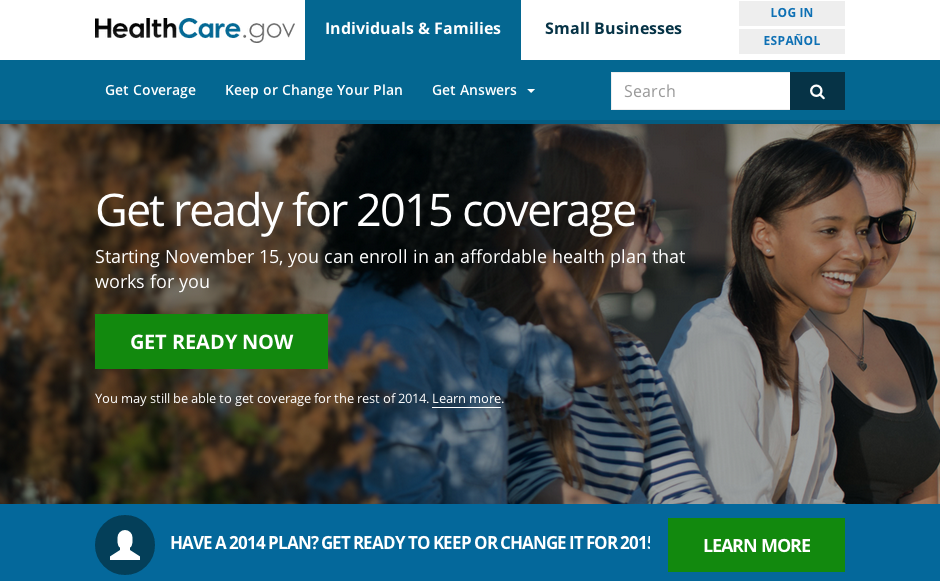 Though Healthcare.gov doesn't open for business until November 15, the spin for the second open enrollment period for ObamaCare has already begun. More than a year after the disastrous rollout of the federal Exchange, which our insurance-salesman-in-chief, President Obama, said users would have a shopping experience similar to Kayak, Orbitz, or Amazon, the administration agencies overseeing the website are already downplaying expectations:

Officials say the site won’t be perfect but will be improved. They refuse to pinpoint how many people they plan to enroll, instead describing general goals of reducing the number of uninsured and providing a positive “customer experience” — not exactly metrics that can be immediately judged.

“What we have said is that the experience will be better,” Health and Human Services Secretary Sylvia Mathews Burwell told reporters on Thursday. “It will not be perfect. We know that, and we know that there will be issues that will be raised as we go on in the process.”

Andy Slavitt, principal deputy administrator for the Centers for Medicare & Medicaid Services and one of the people responsible for HealthCare.gov’s technology, wouldn’t make any projections on how the website would operate when open enrollment begins Nov. 15.

“We are much more comfortable talking about results than expectations,” Slavitt said Wednesday. “We are extremely focused on meeting our milestones. We’re very focused on making sure that everyone has a good customer experience.”

The initial rollout of Healthcare.gov is still a sore spot for the administration. Users reported glitches and errors as well as long wait times to enroll for ObamaCare's pricey health plans. President Obama saw his approval ratings fall and more Americans found him to be untrustworthy.

Early last month, Kevin Counihan, the CEO of Healthcare.gov, sounded less than optimistic about the website's performance. "In some respects, it's going to be more complicated," he told The New York Times. "Part of me thinks that this year is going to make last year look like the good old days."

The functionality of Healthcare.gov is only one part of ObamaCare. Whether the website works as promised or not doesn't change that ObamaCare -- with health insurance premiums expected to rise in many states, limited provider networks, another round of health plan cancellations, and more -- is a dysfunctional law.