ObamaCare Premiums Set to go up by Double Digits 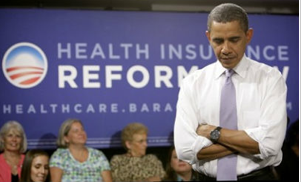 The proposed Obamacare premium rates for 2016 are likely to see many double digit increases from the largest providers. The states with the largest increases, as proposed, are New Mexico (51%), Tennessee (36%), Maryland (30%), and Oregon (25%). The final rates will be lower, but they may very well remain in the double-digits because insurers are seeing their first full year of claims data from ObamaCare’s exchanges, and the pool of insurance consumers on the exchanges are tending to be older and sicker than they were hoping to see.

The U.S. Department of Health and Human Services originally projected that for the exchanges to be financially stable; at least 40% of those enrolling in health care must be ages 18-35. So far, that figure is only 28%. But, as opponents of ObamaCare have been predicting for years, healthier and younger people have little incentive to join the exchanges because ObamaCare passes so much of the cost of more expensive patients onto them.

Since these low-cost patients aren’t coming on board in the necessary numbers, insurers are taking losses on the plans they sell through the exchanges. As Bloomberg’s Megan McArdle points out, the larger insurers can afford to take some losses on these individual plans because the exchanges are a smaller part of their overall portfolio. But in order to keep those losses tolerable, they are going to have to be allowed to increase premiums at a rate much higher than what consumers were led to expect from the “Affordable Care Act”. For example, Tennessee Insurance Commissioner Julie Mix McPeak said that although her team would try and argue down the 36% rate increase requested by BlueCross BlueShield in her state, they generally confirmed the insurers’ claims expenses, making large premium increases likely. Of course, these rate increases are on top of the cost spikes of the past couple of years, where many plans on the individuals markets have already seen double- and even triple-digit premium hikes.

Of course, even for those who have insurance coverage through the exchanges, their cost of care may still be too high. According to a study published by health care nonprofit Families USA one in four adults who purchased insurance under Obamacare skipped necessary medical care because it was still too expensive. High deductibles and copays in some of the less expensive exchange plans have meant that merely being insured isn’t ensuring adequate care for many patients.

This continued financial misery underscores the importance of Congress continuing to fight to replace ObamaCare’s unsustainable structure with principled reforms that incentivize competition, lower costs, and better outcomes for patients.

No one has any responsibility for anything in this administration. No one gets disciplined or fired for anything, no matter how egregious. Our President "promised" that the average family premium would go down $2,500 (not to mention that you could keep your policy and doctor). I work for a small non-profit and our premiums increased from $300/month to $800/month.

Everything about this plan was a lie and, as Jonathan Gruber so candidly told us, the administration knew it and it was specifically directing those lies, in order to sell the plan to an oblivious public, aided by the mindless mainstream media.

My leftie friends called me paranoid and foolish....can't admit they were wrong. Six years out and without a single Republican vote, it will still be our fault - along with President Bush's of course.

Many younger people are unable to sign up for plans even if they wanted to because they fall in the hole of not having enough annual income to qualify for subsidies but also not being eligible for medicaid (and/or not making enough to afford even the lowest cost unsubsidized plans). Most people seem unaware that there is a minimum income threshhold to qualify for a subsidy.

I opted for penalty. Was a beck of a lot cheaper than a year of premiums I paid fir six months of insurance with high deductible and high copay

Insurance prems always rose annually before Obamacare but you are correct that now we are all commanded by law to be victims of for-profit insurance companies or pay a tax penalty. This is why we need single payer or universal. Take the profit motive out of the industry. It was the insurance industry lobbyists that wrote the ACA.

So tell me who gets all the commissions from these health insurance policies then. Every insurance agent I have ever known works on a COMMISSION! My son sells insurance for a commission. Who get the commission on ALL of this insurance? Do we need to audit the companies to see who it is? I Think we need to do that now! Where are the checks being sent to?

I don't give a rats ass. You guys voted for the Muslim Negro PUNK ASS BITCH. He should be JAILED, TRIED, CONVICTED and HUNG by his pencil neck until he is very DEAD. He is useless. A waste of flesh. I won't say human flesh because the Human part is in question. He is not and AMERICAN. You can take that to the bank. HANG THE PUNK. Oh and No Hillary either.