Ocasio-Cortez's Deceit on the Electoral College 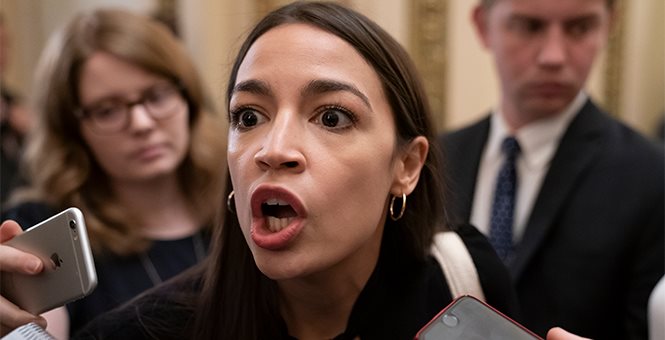 Purposefully, I have lived my adult life in rural Oregon because of the beautiful mountains, forests, and quiet deserts, where along with family and friends I have hiked and boated in remote areas and enjoyed the peace and beauty of rural life.

When Representative Ocasio-Cortez tweets that the Electoral College is “affirmative action” for rural Americans, I take great umbrage. To the contrary, because of the concentration of the voting power vested in big cities and states, the federal government and (in my case) the State of Oregon have dominating and disproportional powers and control over the lives and conditions of rural Americans.

Just one example: In Oregon, the federal government controls over 54 percent of the land. The management of the federal forests (there are many) is deplorable and dangerous. Subject to the political pressures by environmental organizations and their demand for old-growth forests, the forests for many years have not been properly thinned and cleared of debris and dead trees, which has resulted in deadly fires throughout the American West.

Equally devastating, the environmental movement has severely reduced logging on federal land; since 1989 the timber harvest on federal lands has been reduced by 90 percent. Besides convincing Congress and the federal bureaucrats to restrict logging, the environmental organizations have consistently and repeatedly stopped good management and harvesting by perpetual litigation in federal and state courts. Again, the voting power in big cities and states has enormously reduced the jobs and economies of rural America.

Thus, when Representative Ocasio-Cortez, tweeted that the Electoral College is “affirmative action” for rural Americans, she went beyond the repulsive but common political obfuscation to purposeful deceit.