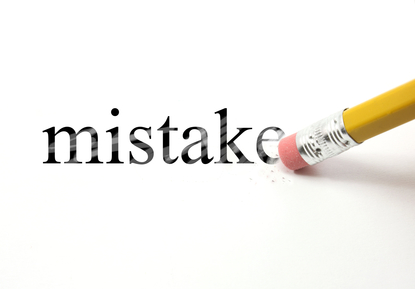 Section 404 of the Controlled Substance Act states that any offender under the age of 21 can apply for an expungement of their record. However, the Renew Act would extend the age from 21 to 25.

In order to be able to apply, the offender must have “not, prior to the commission of such offense, been convicted of violating a Federal or State law relating to controlled substances; and has not previously been the subject of a disposition under this subsection.” This legislation would give young, non-violent offenders another opportunity to live their lives without having their careers destroyed by a prior record.

Objectively, a criminal record can be a serious impediment to an individual's’ livelihood. Individuals who are charged with a misdemeanor are subject to “collateral consequences,” or statutes imposed on offenders following convictions that create barriers “to jobs, housing, benefits and voting.”

The result is that individuals who had been arrested previously can have a hard time finding work later since employers are less likely to hire individuals with a criminal record. Since one’s risk assessment and decisions making capabilities do not fully mature until one is 25, this means that a mistake one makes before that time period is going to haunt them for the rest of their life.

There are of course prominent cases of individuals having a prior problem ruin their life. One of the most prominent is that a conviction for using controlled substances will make one ineligible from joining the military. Meanwhile, a survey released by the Ella Baker Center for Human Rights had 76% of former inmates respond by saying that finding employment was incredibly hard, if not outright impossible. Inability to find work can actually then lead to a return to crime which is even worse for readjusting to society.

The Renew Act is one of the best opportunities to give youths a second chance. It would prevent individuals from having their career destroyed early in life by mistakes they had made and give them the opportunity to go forward. This will be a positive for the economy as well which would see increased productivity which will be of significant benefit to everyone.