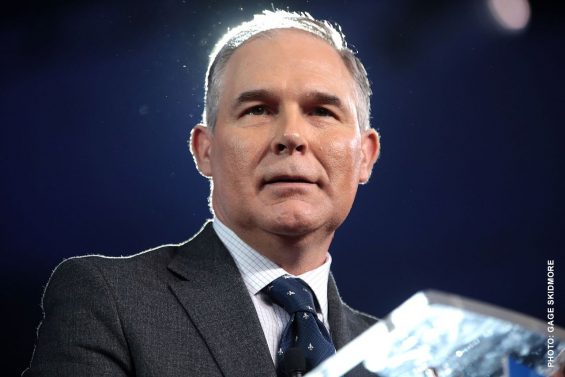 Administrator Pruitt proposed ending the use of secret science on April 24th. The EPA often backs policy decisions with scientific evidence, but some of its most costly rules cite research with undisclosed data. Americans subjected to EPA regulations in the past sometimes couldn’t review the agency’s scientific justifications. Pruitt hopes to end this practice.

Conservative activists rightly decried decisions stilted by hidden data, coining the “secret science” nickname. Research that can’t be critiqued and reviewed by the American public should not dictate decisions over American lives. Yet, the EPA used secret science on massive rulemakings like the Clean Power Plan. Open review of data, research, and science should be the norm of for administrative agencies.

Supporters of secret science say banishing it will reduce availability of quality research for EPA rules, but this is nonsense. Their typical claim is that studies involving public health often involve private information from medical patients that cannot be publicly revealed without infringing patient privacy.

But during the announcement of new rules on secret science, Chairman of the House Science, Space, and Technology Committee Lamar Smith (R-Texas) noted that other government agencies use redaction to protect privacy. Redaction can guarantee public viewing of data without revealing private information. Before third parties submit data to the EPA to inform policy-making decisions, they can scrub protected personal information from records used by the agency.

Most importantly, publicly available data makes for better rulemakings. When the EPA issues rulemakings, the American public is invited to submit comments. Suggestions and input from the public will improve if they access the same data that informs EPA regulators. The result is a better scientific process in policy making.

Plus, there’s always the fact that secret science was an EPA policy founded by now-convicted felon John Beale, who posed as a CIA agent and defrauded taxpayers of roughly $900,000 during his stint at the agency.

But secret science’s legacy went beyond Beale, who was incarcerated in 2013. When the EPA issued the Clean Power Plan in 2015, which was partially based on secret science, it estimated its peak annual cost at $8.4 billion in 2030, with a total of $40 billion in costs over its duration.

With rules this costly, the American people should absolutely see underlying scientific data used by regulations. Administrator Pruitt made the just and ethical call.

I found a lot of interesting information here. A really good post, https://vidmate.onl/download/ very thankful and hopeful that you will write many more posts like this one.

Thanks for sharing.I found a lot of interesting information here. https://notepad.software/ A really good post, very thankful and hopeful that you will write many more posts like this one.