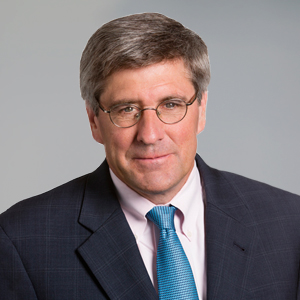 Puerto Rico is in a financial free-fall, and the federal government is actively trying to prevent a total economic meltdown. Recently, legislation was introduced in the House by the Natural Resources Committee to help resolve Puerto Rico’s financial crisis, an effort that is well-intentioned and far superior to any taxpayer bailout of the territory. There are concerns, however, that still need to be addressed before the bill should go forward.

Puerto Rico's financial calamity is very real, very large, and growing worse with each passing week. The debt has now reached more than $70 billion, or just more than 100% of the island’s annual GDP, and Puerto Rico has already started to technically default on some of the scheduled bond repayments, with more defaults expected in the near future. The economy is in shambles, as the labor force participation rate is dipping well below 50% while growth rates have festered in negative numbers over the past decade. What’s more, the island has lost 250,000 residents in the last decade, severely impeding the potential to rebound.

To deal with this crisis, Puerto Rico must make substantial reductions in public spending and hiring. This government downsizing shouldn’t be too difficult, considering Puerto Rico’s exorbitant spending habits.

Even now, there is a culture of government dependency, as welfare alone pays about 50% more than a minimum wage job. Furthermore, the government, letting the public sector balloon to an outrageous size, employs almost one in four workers (230,000 government workers out of 1 million workers). So far, the government has chosen to deal with its economic stagnation not through free market reforms, but by raising sales and energy taxes while continuing to borrow. Clearly, government mismanagement is the underlying source of the crisis.

So what is the proper role of the federal government in resolving this crisis? Any such intervention must be fair to all parties: the residents and taxpayers of Puerto Rico, Puerto Rican bondholders, pensioners and other creditors, and U.S. taxpayers.

Ideally, Congress would not have to intervene in the financial affairs of Puerto Rico at all, and the territory would resolve its dispute with its creditors the way a business in financial trouble would. The territory’s government and the creditors would, in that case, negotiate and agree upon an economic plan that addresses debt restructuring and budgetary reorganization. This almost certainly would mean lowering debt payments (and bondholders taking a haircut) in exchange for systematic fiscal reforms by the government.

But Republican leaders in Congress fear, with some justification, that if they don't intervene soon, inaction will mean that the financial debts will continue to mount, the economic situation facing the island’s residents will gravely worsen, and the problem will reach a crisis stage that forces the federal government to step in as a lender of last resort with tens of billions of dollars in bailout funds. This is a solution favored by many Puerto Ricans, Democrats in Congress, and a number of bondholders. However, this would be the worst and most inequitable solution, and Congress should make it clear that any cash bailout will remain off the table.

In response to this mess, the House bill from the Natural Resources Committee would create a federal financial oversight board that would assume jurisdiction over all financial decisions from the Puerto Rican government, taking control of the government’s spending and taxing authority until the crisis is resolved.

Under this solution, Puerto Rico would enter a stage of de facto bankruptcy, even though current law holds that states and territories are constitutionally barred from seeking Chapter 9 bankruptcy protection.

If Congress chooses this course of action, it must ensure that the various classes of bondholders are treated equitably, adhering to the rule of law and sanctity of contracts. Bondholders owning Puerto Rico’s general obligation bonds carry "full faith and credit" protections and are first in line as claimants on Puerto Rico’s revenues and assets. The legal rights of these bondholders should not be subordinated, for example, to the political power of the government unions, as happened with the bailout of auto companies. This would be an unconstitutional taking of property from the bondholders.

Given the severity of the crisis, in the end, all bondholders are almost assuredly going to get less than face value for their bonds, and the control board will decide the repayment terms. Many of the creditors bought the bonds at a discount to begin with, reflecting that full repayment was unlikely and that the investment was extremely risky in the first place.

If any class of bondholders chooses to opt out of the control board solution, Congress shouldn’t force them to join in. In that case, classes of creditors can renegotiate separately with the Puerto Rican government or take their chances in court – where they may or may not fare better. If Congress appoints a control board, it should make clear in the board’s charter that, in debt restructuring, it must take full and fair account of the payment prioritization of various bondholders.

The control board should also be given authority to renegotiate government union contracts and pension/health benefits. The Puerto Rican pension system has billions of dollars of unfunded liabilities due to government mismanagement and over-promises, so any plan that addresses Puerto Rican debt must also address public pensions. Pensioners shouldn’t receive immunity from negotiations because that would severely impair necessary public services, like schools, roads, and public safety.

Of course, not all reforms have to happen exclusively on the island. Congress should also look at federal regulatory reforms, such as changing the Jones Act and the minimum wage law, in ‎order to bring more commerce and jobs to the island. Given the gravity of the crisis and the special territorial status of the island, other grand reforms can be made to encourage financial growth. In particular, Puerto Rico should be made an enterprise zone with low tax rates, regulatory relief, and exemption from other federal laws that inhibit growth. Without growth, it is doubtful Puerto Rico will ever fully recover from the financial turmoil that reigns today.

Liberal, big-government, welfare-state solutions have failed our fellow citizens in Puerto Rico. This is evident by the continuing flight of people and businesses from the island, creating a welfare state nightmare. Saving Puerto Rico will require market-based solutions and an end to the big-government socialism that has crippled the island territory.