A Rally of Appreciation for Opposing Boehner's Re-Election for Speaker 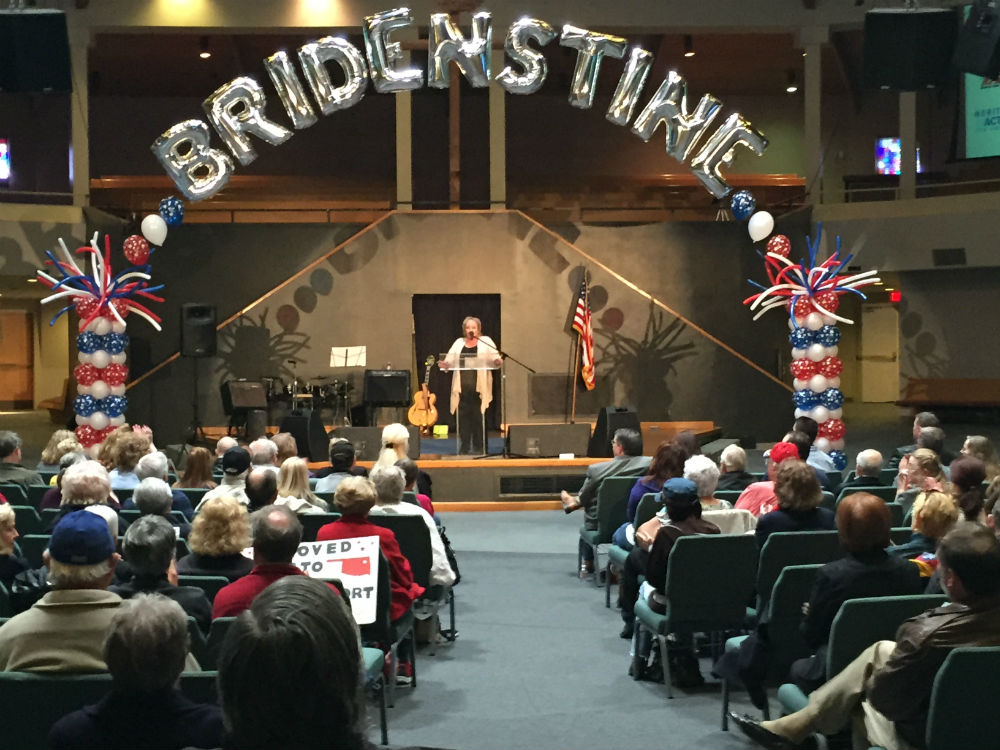 Last Saturday, over 200 conservative activists came together to honor Congressman Jim Bridenstine of Oklahoma for his courageous vote against John Boehner’s re-election for speaker. The event was organized by Tulsa 9/12 Project President, Ronda Vuillemont-Smith. Ronda did an incredible job bringing together activists from across the state to make the event an awesome success.

Why was this event such a big deal?

To be frank, it's hard to do the right thing in Congress. From the moment Members are elected, they face intense lobbying from every special interest group under the sun.

As Congressman Bridenstine explained at the event:

And despite all this pressure, Rep. Bridenstine continues to not only vote right (he has a 98% lifetime score with FreedomWorks), but is a leader in the Liberty Caucus in the House. He was the first Congressman to publicly oppose Boehner, and his leadership caused a break in the dam that resulted in 23 of his colleagues joining him opposing the Speaker.

When a grassroots conservative like Rep. Bridenstine does the right thing, we need to remember to thank them. If we’re going to make freedom work in Washington, its going to be through one tough vote at a time.

Rep. Jim Bridenstine (R-Okla.) was elected to the U.S. House of representatives in 2013 and represents Oklahoma’s First Congressional District. A military veteran, Rep. Bridenstine served nine years as an aviator for the United States Navy and experienced combat in both Iraq and Afghanistan. Today, he continues to serve in the National Guard.