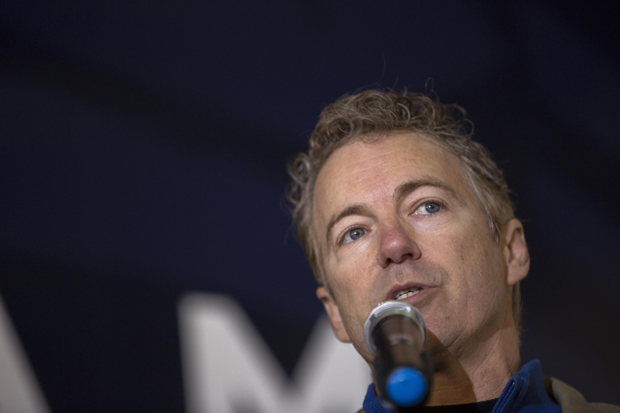 Today, Senator Rand Paul held a press conference to introduce a bipartisan piece of legislation designed to restore the due process protections of the Fifth Amendment. The Fifth Amendment Integrity Restoration (FAIR) Act, would rein in government’s ability to seize private property without clear and convincing evidence that a crime has been committed.

The practice of civil asset forfeiture is one of the most egregious abuses of the justice system, by which state and federal law enforcement agencies can partner to seize private property believed to be involved in a crime. This is a clear violation of the “innocent until proven guilty” principle on which America, along with most other nations in the developed world, has always prided itself. Sometimes the forfeited assets are not returned even if no criminal proceedings ever occur, and to add insult to injury, policy departments have been allowed to retain portions of the money received to spend as they see fit, creating an obvious conflict of interest.

First, it increases the burden of proof on law enforcement, requiring clear and convincing evidence that a crime has been committed, as well as a demonstration that the property in question is actually related to the suspected crime.

Second, it establishes legal hearings within fourteen days of property seizure, specifying that if no probable cause for the forfeiture can be found, the property must be returned.

Third, it requires any seized assets or proceeds from the sale of these assets to be deposited into the General Fund of the Treasury, rather than being made available to law enforcement agents to spend for their own purposes.

The FAIR Act offers Congress a chance to work in a bipartisan way to substantially limit the power of government and restore the protections of the Fifth Amendment to their intended place.

For more information, see FreedomWorks President and CEO Matt Kibbe’s letter of support for the FAIR Act, then call your Congressman and ask him to support this important bill.

They keep forgetting this IS our money. We must get back to government by the people. We aren't racist to say that either! Obama is communist and thats not racist