The Real Threat to American Manufacturing 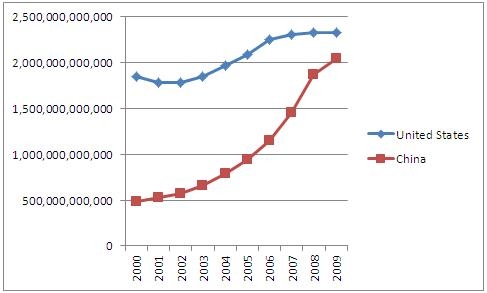 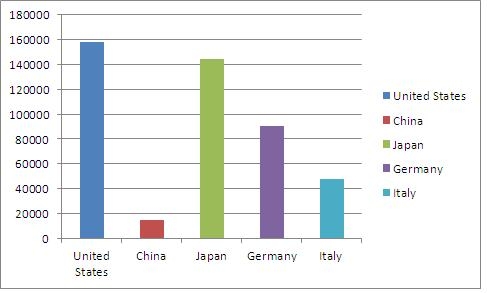 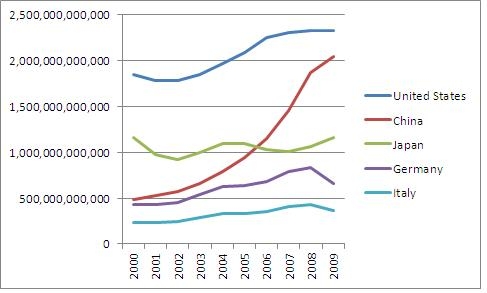 While many point to China as a threat to U.S. manufacturing, the more direct threat may be found closer to home. The real threat to the future of American manufacturing is big government. America may still have a strong manufacturing economy, but it has been hamstrung by regulation and high taxation.  American businesses are subjected to over 80,000 pages of federal rules and regulations. These regulations create huge compliance costs for manufacturers, limiting the money they have available to hire workers and expand. American manufacturing is also crippled by a complex and uncompetitive corporate tax code, which reduces business owners’ incentive to invest in American manufacturing. America’s average combined state and local rate of 40% is the second highest in the developed world. Manufacturing could be a source of new jobs and economic growth. However, government intervention has created enough uncertainty in the future profitability of the manufacturing sector, that businesses are hesitant to invest new money in American manufacturing. According to estimates from the Federal Reserve 23.3% of American industrial capacity is going unused. The Obama administration’s policies of high taxation and regulation have created an environment where businesses are afraid to invest money out of fear that their profits will be taxed and regulated away. Consequently, they are cautiously holding on to their money and capital instead of putting it to use where it can create jobs and economic recovery.

Manufacturing is also hurt by overregulation. Government imposed rules and regulations create large compliance costs that manufacturers must pay. When manufactures must spend more money complying with government rules, they have less money free to hire workers, or invest in new plants and facilities. They also make less profit which means that they have less incentive to risk money in new investments.  Perhaps the most dangerous side- effect of regulation is uncertainty. When the government continues to create new regulations it creates uncertainty for businesses, who do not know what future costs will be imposed on them. Investing money into hiring and expanding is a large risk, and manufacturers who believe that increased regulation might remove their opportunity to earn profits will not be willing to risk their money. Unfortunately the current administration is recklessly pursuing a policy of increased regulation that will be very damaging to the American manufacturing sector. From Obamacare regulations to the sweeping new financial services regulations spawned by Dodd-Frank, to the Environmental Protection Agency, doing business in America is becoming a costly and complicated proposition.

The Patient Protection and Affordable Care Act, better known as Obamacare, will add large costs to American business and manufacturing. The increased per-worker costs that Obamacare is imposing on many businesses limits the amount of workers those businesses can afford to hire. Large manufacturers such as Caterpillar and John Deere have calculated that Obamacare will costs them tens of millions of dollars annually. However, until the law is fully implemented businesses do not know with certainty what their costs will be. They are understandably hesitant to hire new employees or expand their operations.

Similarly, the Dodd-Frank Wall Street Reform Act passed last year adds more regulations that raise the costs of doing business. Like Obamacare, Dodd-Frank is not in fully implemented, meaning that the effects it will have on markets and on business’s long-term expenses aren’t fully known.  Indeed, Congress passed the legislation without knowing what the ultimate regulatory burden will be, instead opting to wait and see what the federal agencies come up with. Dodd-Frank gives substantial new authority to regulatory agencies, which will almost certainly increase the regulatory burden, something already seen in the price controls on debit interchange fees that comprised the Durbin Amendment to Dodd-Frank. Because Dodd-Frank creates future market uncertainty, it is more difficult for businesses to predict what their future costs will be, or what the future market demand for their product will be. Consequently, they are more hesitant to invest money in new manufacturing facilities.

The new environmental regulations that President Obama and the EPA are currently attempting to push through, could be even more dangerous to American manufacturing. The proposed regulations will impose much higher emissions standards, on ground level ozone and other emissions commonly associated with manufacturing. These new standards will be difficult for many manufacturers to meet, and will drive up energy costs. If implemented, the regulations will increase the cost of manufacturing goods in the United States, and drive more manufacturing overseas. Some have estimated that the EPA’s regulatory expansion will cost the American economy as much as $920 billion in the short run and potentially much more down the road.

Boxing Superstar Manny Pacquiao plans on taking his next fight on November 24th to China because of the would-be near 40% federal income tax if the fight took place in the United States.   Americans for Tax Reform r