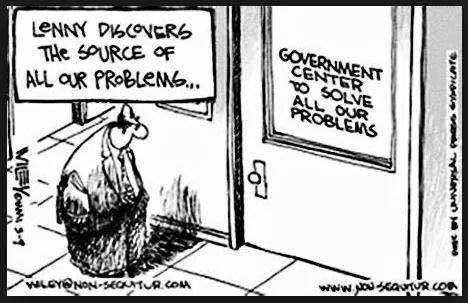 Welcome to FreedomWorks Foundation’s third regulatory review! Our Regulatory Action Center proudly updates you with our favorite tidbits from the swamp. We want to smash barriers between bureaucracy and the American people by delivering regulatory news straight to FreedomWorks activists. Check back in two weeks, Friday, February 24th, for the next edition.

Here’s what we're highlighting this week:

1) Video of the Week: In this video, Towson University economics professor Howard Baetjer challenges the notion that government regulation is the only way to ensure consumers are protected. In this important and must-watch lecture, Baetjer clearly demonstrates how markets regulate themselves without government and often better than government.

3) Measuring Trump's First Regulatory Year: The Mercatus Center at George Mason University has used their revolutionary QuantGov project to precisely measure Trump's first year in terms of regulation and how it stacks up against previous administrations. In short, they conclude the numbers "definitely show a break from historical patterns."

4) Ending Endless Regulatory Reviews: Interior Secretary Ryan Zinke and Trump expedite drilling and mining leases on public lands. Under the new plan, the Bureau of Land Management (BLM) would process lease requests within six months after submission. This move follows an 86% increase in BLM revenue from expanded economic activity on public lands during President Trump’s first year in office. Under previous administrations, agencies were notorious for simply sitting-on applications from various industries as a means of obstructing otherwise lawful activities. Setting firm time limits on the approval process is a critical reform for which FreedomWorks Foundation advocates

5) CEOs Want More Deregulatory Moves From Trump: While many businesses are pleased with President Trump’s deregulatory agenda, there is more to be done. Rule changes for emissions, banking, resource extraction, manufacturing, and technology top the list.

7) The Future of Wireless Requires Less Government: Clemson University economics Professor Thomas Hazlett discusses how government can best facilitate the expansion of 5G wireless internet technology. This technology will revolutionize our economy, but Hazlett argues government must first get out of the way.

9) State Net Regulations Violate Constitution: Associate Director of the Competitive Enterprise Institute's Center for Technology and Innovation, Jessica Melugin, discusses how recent moves in a few states to create their own "net neutrality" regulations are unconstitutional. This is a rare example of actual "interstate commerce."