Freedom lost a friend today in Baroness Margaret Thatcher. Lady Thatcher passed away of a stroke at the age of 87, marking the end of an era that gave us truly fearless leaders. Along with President Ronald Reagan and Pope John Paul II, Thatcher stood strong against communism in the 1980s and championed the policies of prosperity and individual liberty to not only Great Britain, but to the world. 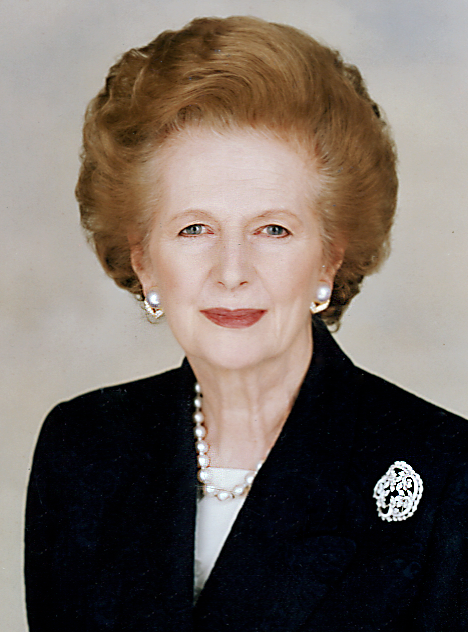 From 1979-1990, Thatcher was at the helm of British government and ushered in their economic recovery. By 1976, the Labour Party had driven Britain into, essentially, bankruptcy. The value of British currency was dropping and the government had to take out a loan with the International Monetary Fund.

By May of 1979, garbage collectors were on strike, leading to piles of trash in the streets. The National Mineworkers of UK had such a stranglehold on fuel supplies that the British government had imposed a 3-day work week on commercial users of electricity. In Liverpool, gravediggers and crematorium workers were willing to let human remains go unburied rather than get back to work. Understandably, Britain was ready for a change and elected Thatcher as Prime Minister, the first woman to lead a western democracy.

Through her beliefs in economic freedom, individual liberty, and the connection between the two, Thatcher led Britain out of this economic tailspin and into prosperity. Personal responsibility, hard work, and free-market democracies were just what the country needed. To let these principles shine, she broke the power of the labor unions, forced the left to give up on nationalized industry, and redefined the role of the welfare state. Thatcher understood that "every regulation represents a restriction of liberty, every regulation has a cost," and wasn’t afraid to fight against them, even amongst members of her own party.

It took time for recovery to come about, but Thatcher refused to bow to the more moderate wing of the Tory party, saying “I am not a consensus politician, I am a conviction politician.”  Standing on these convictions, British businesses boomed and more and more people moved into the middle class.

When Thatcher took office in 1979, the top tax rate was 98% and had a stranglehold on industry. By the time she left in 1990, it had been reduced to 40%. This allowed the wealthiest Britons to invest in the economy, leading to real growth by way of new hires and entrepreneurial endeavors. Real GDP growth increased during this time as well while nationalized industries such as gas, telephone, and airlines were privatized. In short, she proved that conservative principles work.

“The lesson of the economic history of Europe in the 70's and 80's is that central planning and detailed control do not work and that personal endeavour and initiative do...Our aim should not be more and more detailed regulation from the centre: it should be to deregulate and to remove the constraints on trade.”

With undeniable success, even many detractors came to respect her. Labour politician Peter Mandelson said in 2002 that "We are all Thatcherites now." She was so successful, in fact, that she is the only three-term prime minister of Britain in the 20th century.

Thatcher grew up in an apartment above her father’s grocery store.  She learned the value of hard work and dedication from her humble roots, and with her tenacious spirit went on to save Britain from Socialism.  America and the world over has lost an incredible leader. Let us take this opportunity to remember her leadership and fight on.

"To those waiting with bated breath for that favourite media catchphrase, the U-turn, I have only one thing to say: You turn if you want to. The lady's not for turning."

FreedomWorks’ Statement on the State of the Union Address