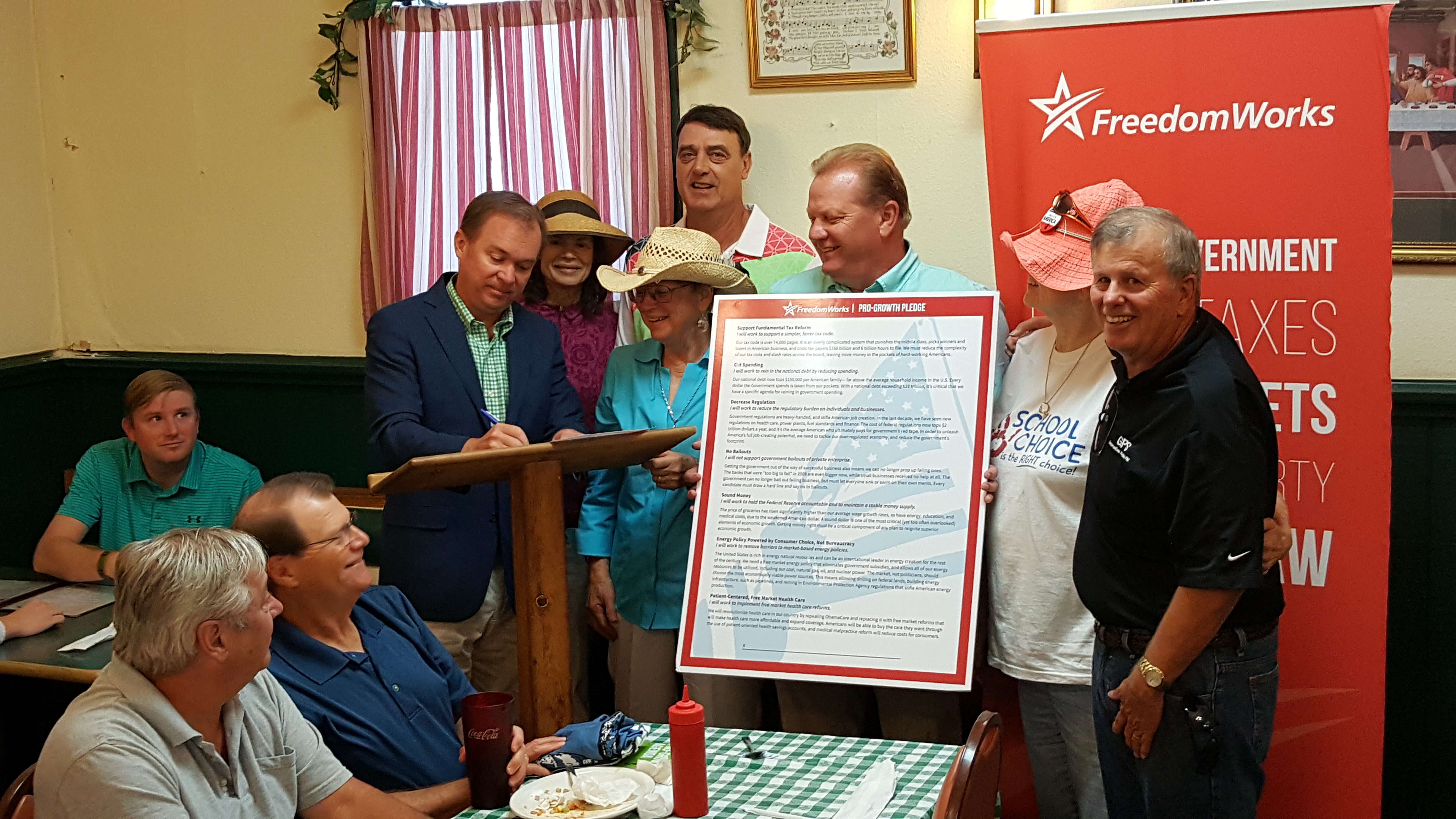 “Economic growth does not come from Washington,” said Rep. Mick Mulvaney (R-S.C.). “Americans are starving for solutions that empower entrepreneurs and promote real economic growth. I believe that we should get Washington out of the way by reducing tax burdens, slashing bureaucratic red tape, and ending crony policies that pick winners and losers in the marketplace.”

Rep. Mulvaney, who has a 94 percent lifetime score on FreedomWorks’ Congressional Scorecard, signed the Pro-Growth Pledge on Tuesday during an event in Rock Hill, South Carolina. FreedomWorks CEO Adam Brandon thanked Rep. Mulvaney for his work in Congress on pro-growth policies and fighting against cronyism.

“In order for our economy to thrive and Americans to see real opportunity and prosperity, we need to get government out of the way. Rep. Mulvaney is one of the few in Congress who understands that, which is why he has worked so hard to roll back regulatory burdens, cut spending and taxes, and eliminate cronyist policies that benefit only the K Street class,” said FreedomWorks CEO Adam Brandon. “We thank him for his leadership in the fight for freedom and for signing the Pro-Growth Pledge.”

Photos of the signing are available upon request.