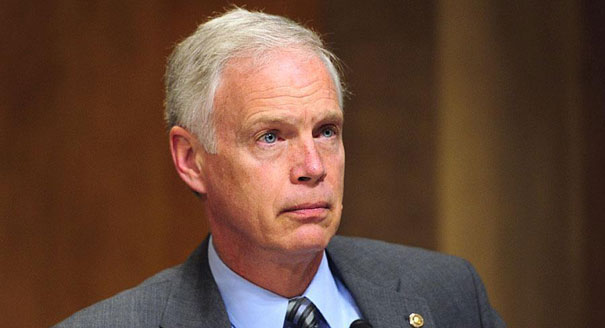 Sen. Ron Johnson (R-Wis.) has emerged as a leader on justice reform

Shortly before adjourning for the August work period, the Senate Homeland Security and Government Affairs Committee held a hearing in which members began a review the United States' justice system and heard testimony from witnesses about the problems facing the federal prison system. The hearing was billed as the first of many to take a look at these issues.

The Federal Bureau of Prisons, which oversees inmates in federal prisons, has seen tremendous population growth over the last few decades. The federal prison population has grown by nearly 800 percent, from nearly 25,000 inmates in 1980 to approximately 210,000 today. As a result, the Bureau of Prisons' budget has grown at twice the rate of the Justice Department. With a $6.445 billion budget, the agency consumes a quarter of the Justice Department's budget.

While several conservative states have implemented programs to reduce the chances of offenders going back to prison, the federal government has fallen far behind. Federal prisons act as little more than warehouses for prisons, offering little in the way of substantive rehabilitative programs. Unfortunately, many who leave federal prison go back to the behavior that landed them in there. As FreedomWorks will discuss in an upcoming publication, conservative states have found a way to disrupt this cycle of crime. As a result these reforms, which focused on rehabilitation as an alternative to incarceration, they have saved taxpayers money and made communities safer.

Justice reform has received a significant amount of attention on Capitol Hill. Several pieces of legislation have been filed to address the problems with the federal prison system -- including long overdue front-end sentencing, rehabilitative programs, and back-end reentry reforms. Though the SAFE Justice Act, introduced by Reps. Jim Sensenbrenner (R-Wis.) and Bobby Scott (D-Va.) is the most promising of these bills. A bill with some modest justice reforms currently being negotiated in the Senate Judiciary Committee appears to be the most likely to gain traction.

Sen. Ron Johnson (R-Wis.), who chairs the Senate Homeland Security and Government Affairs Committee, has shown an interest in justice reform. In June, he introduced legislation to allow the District of Columbia, which is overseen by Congress, to develop programs designed to keep offenders out of prison. Just last month, Johnson met with a group of offenders in his home state, where he heard their stories and desires to turn their lives around.

"Incarceration for drug offenses is often cited as the primary cause for the dramatic rise in incarceration rates over the last 35 years. The data bears out that 50 percent of all current federal inmates have been incarcerated for drug offenses," Johnson said in his prepared statement for the August 4 hearing. "While states and localities have experienced a great deal of success experimenting with drug courts and other alternatives to prison, the federal government has remained relatively rigid, with long prison sentences remaining the standard for many offenses."

"Lengthy sentences for drug crimes have resulted in an aging federal inmate population. Nearly half of all federal prisoners are over the age of 40, and nearly half have sentences greater than ten years. This results in higher health care costs. Last year the Bureau spent $1 billion just treating the medical needs of federal inmates," he said. "Last month I had the privilege of meeting with a small group of formerly incarcerated men in Madison, Wisconsin. What I learned was that these men want to turn their lives around and stay out of prison. They are willing to work hard and become productive members of society. There are many challenges that people face leaving the prison system, and my hope is to raise public awareness about these challenges."

The committee heard testimony from a handful of witnesses, including Bureau of Prisons Director Charles Samuels and Justice Department Inspector General Michael Horowitz. Some of the more compelling testimony came from Piper Kerman, who served 13 months at FCI Danbury due to her involvement in a money laundering and drug trafficking operation. She recounted her experiences in a book, Orange is the New Black: My Year in a Women's Prison, which became the basis for the popular Netflix series, Orange is the New Black.

During her testimony, Kerman focused primarily on women's issues in prison, but the touched on the need to bring programs to federal prisons that would reduce recidivism, or the rate of repeat offenders. "To achieve safety and security in correctional systems and also accomplish the rehabilitation that the American public expects, prisoners must have increased access to meaningful activities and rehabilitation, to work opportunities, and to incentive-based programs including those that can earn sentence reductions," Kerman told the committee. "This is good for institutions as a whole – prisoners, staff and administration – and proves the point of getting good outcomes in correctional systems. It is always a question of strong leadership and recognition that it is human beings that fill our prisons and jails."

Jerome Dillard, another former inmate who now runs a Wisconsin-based nonprofit dedicated to helping offenders reenter society, urged for several reforms, but he emphasized that steps need to be taken to deal with recidivism. "It’s an issue that both political parties agree on; America’s addiction to mass incarceration is not working. It’s costly and does not restore people," Dillard said. "I feel the climate is right and the ground is fertile for real criminal justice reform."

Locking people up for lengthy periods of time has proven to be ineffective. To address crime in a more targeted and efficient way, Congress must bring the proven, data-driven reforms that conservative states have implemented. These reforms reduce the risk of recidivist behavior, which translates into lower crimes and safer communities. Equally important, justice reform, as seen in Texas and Georgia, will save taxpayers money.

Johnson's focus on justice reform is coming the right time. His efforts, as well as those of Sens. Mike Lee (R-Utah) and Rand Paul (R-Ky.) are vital to ensuring that those who break laws serve time, but they come out of prison rehabilitated and ready to become productive members of society.

Support the Guidance Out Of Darkness (GOOD) Act, S. 380

On behalf of FreedomWorks’ activist community, I urge you to contact your senators and ask them to cosponsor the Guidance Out Of Darkness (GOOD) Act, S. 380. Introduced by Sen. Ron Johnson (R-Wis.), the GOOD Act would require federal agencies to post regulatory guidance documents online, making them more accessible to those businesses affected by the guidance and to the American public generally.