So, What About the Jail System? 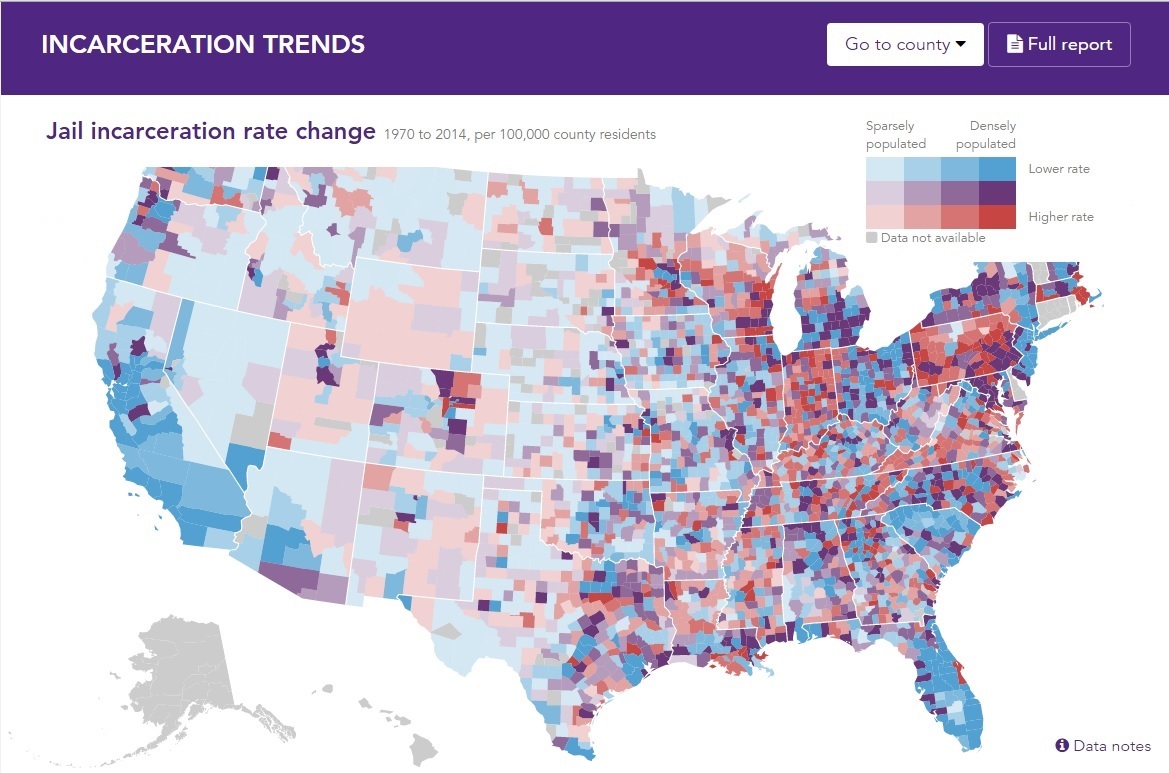 Much of justice reform focuses on the prison system in America. Statistics and studies usually include extensive amounts of information pertaining to prison demographics, numbers, solutions, etc. However, detailed information regarding the state of the American jail system and the rate of incarceration in local jails has been lacking.

While efforts behind prison reform are valid and a very worthy cause in the overall fight to combat the state of our current inefficient and ineffective justice system, misuse of the local jail system is similarly vital. Incarcerating a person presumed innocent in jail is still depriving the individual of certain liberties, which requires an appropriate and adequate application of power.

The use of prison and jail are distinct. Prisons are intended to hold individuals convicted of “serious crimes and sentenced to prison terms longer than a year,” while jails are intended to hold those awaiting trial or “those serving custodial sentences of less than a year.” Each year, however, jails reach approximately 20 times more admissions than prisons.

Recently, the Incarceration Trends Project team at the Vera Institute of Justice released an analytical tool that allows one to analyze jail incarceration rates in his or her county over time. The most interesting discovery through this database is the fact that incarceration rates have grown the most outside of the more well-known and large counties. Since 1970, mid-sized and small counties have driven most of the population growth in jails across America with mid-sized counties experiencing growth by 4.1 times and small counties by 6.9 times. Remarkably, jail populations in large counties only grew by 2.8 times.

What should be concerning for residents and local policy makers is the threat to safe and healthy communities by encouraging recidivism and the disruption of citizens’ family and career lives by the misuse of the jail system. Three out of five people in jail are presumed innocent while awaiting trial or the conclusion of his or her case through negotiations but are too poor to post bail. Also, it seems much of the growth in jail populations is related to the rise of drug enforcement.

While many incarcerated in local jails fit within the pre-trial category, there is now a significant amount of individuals who fall into an unintended category that includes those with a history of substance abuse, mental illness, poverty, failure in school, and victimization. Of these groups within this new category of incarcerated individuals, those with mental illness make up the largest group, painting the jail system as a last-resort treatment facility.

Costs to maintain local jails are not precisely known since community revenue used to cover jails is also used to support schools and transportation. However, it is known that at least $22.2 billion of the more than $60 billion spent on correctional institutions annually is spent on the local jail system.

In addition to the costs, there is of course the cost to the local community by failing to enhance public safety. Furthering the destabilization of those with mental illness, for example, or disrupting individuals’ jobs and family creates a sort of revolving door scenario or, worse yet, feeds into the ever-growing prison system. It is precisely for these reasons that justice reform within our own communities deserves a closer look.