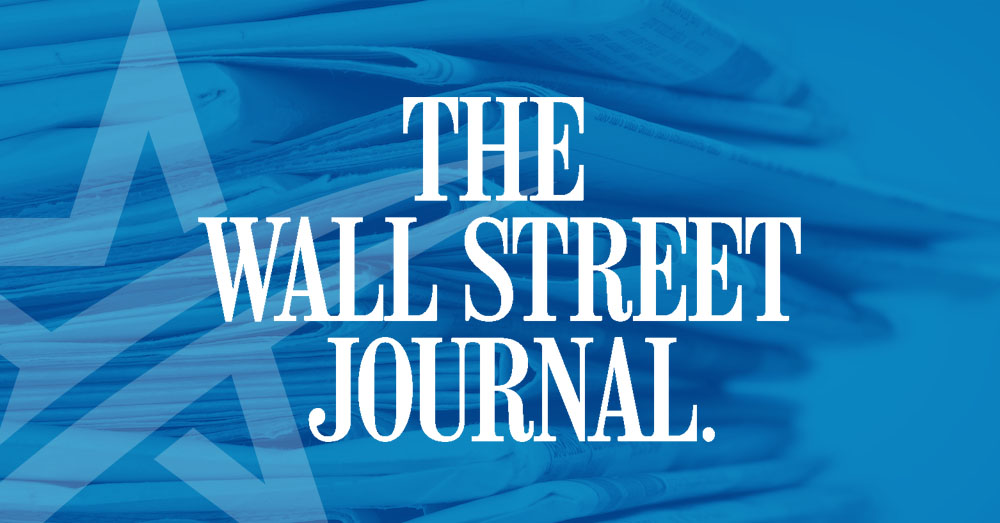 Democratic presidential candidates like Elizabeth Warren and Cory Booker have made inequality a central issue in the campaign. But their plans for minimum-wage hikes, wealth taxes and income-tax rates of 50% to 70% would restrain the economy and hurt all Americans. At least they have ideas. Republicans seem to have few of their own to boost the wealth of working- and middle-class people, ceding the debate to the Democrats and their ill designs.

Fortunately, a simple solution exists: Help workers become owners and grow their investment income. Mr. Booker was exactly right when he said recently: “A paycheck will help you get by, but wealth in America is what lets you get ahead.” Nothing creates wealth like ownership, and the best way to expand ownership is to broaden participation in the stock and bond markets.

With Americans’ budgets already tight, funds for new investment should be freed up from the vast sums they send to Washington each month. Congress should amend the Federal Insurance Contributions Act to give every worker the option to shift up to 10% of his paycheck away from Social Security and into a new, personal “Own America Account.” Each individually owned account would be invested in a low-fee index fund of roughly two-thirds stocks and one-third bonds, and would mature at the federal retirement age. This way, every working American—from the minimum-wage waiter to the truck driver to the store manager—would become a genuine owner, building real wealth for himself and his family with each paycheck.

Investment in the private market would deliver far better retirement savings than the current government-mandated structure. We estimate that over the past 40 years, Social Security’s real annual return for a typical middle-class worker has been about 1% a year. And given the program’s growing deficits, returns may be even lower or even negative for today’s young workers. In contrast, stocks returned more than 6% annually in the same 40-year period.

Over a career of saving, the difference amounts to a literal lifetime’s worth of additional income. A recent study commissioned by the Committee to Unleash Prosperity found that the average American who retired in 2016 after 40 to 45 years of work could have saved more than $1 million in balanced index accounts, and many middle-class families could have accumulated closer to $2 million.

To be sure, the stock market is risky and highly volatile in the short term, as tens of millions of Americans discovered painfully during the Great Recession. But over periods of 40 or 50 years the market offers remarkably stable and robust real returns of 6% or more—and that’s been true since the New York Stock Exchange first opened its doors. With Own America Accounts, even stock and bond returns half as large as the historical average would leave workers with bigger retirement incomes. This means the government could guarantee that payments wouldn’t fall below the minimum Social Security benefit.

Fiscal hawks should love this plan because it would reduce the national debt significantly. Every dollar paid to a retiree from his Own America Account would be matched by a dollar of reduced Social Security payments. Over decades, tens of trillions of dollars of liabilities could be eliminated. So it’s a win-win for workers and government.

Own America Accounts would make Americans wealthier—not through a government giveaway, but by simply allowing them to invest money taken from their own paychecks and collect the high returns brought by true ownership. The accounts would build significant wealth over a lifetime for American workers, regardless of their income. We will be listening to the Democratic presidential debates to hear of any other plan that could possibly share America’s wealth anywhere near as effectively.

I'm not sure I believe ... 1. You are assuming all American people are smart with money and know how to invest. I think a lot of people waste money and have no clue how to save .. they worry about "today" and not "tomorrow". 2. My understanding of Social Security: one generation's weekly/monthly contribution into the fund is paid to the generation that came before them. So if the younger generation do not contribute to the fund, what will become of the generation that came before them? I am 52, Generation X, been paying into the fund for 37 years, will I be receiving Social Security checks when I retire?

Unless I missed something, it just sounds like a win for Uncle if SSI Benefits are reduced $ for $ withdrawn from this account. What then is the benefit to the individual???

Go back and read the article. If I understand it correctly, they're not taking away $ for $ . For every dollar you invest they are reducing your contribution to SSI by $1. Therefore, leaving you more money to invest into the new system.

The Congressional Budget Office issued another dire warning last week on the ominous state of the Social Security, the social retirement and disability programs created by Congress in 1935 as part of President Franklin D. Roosevelt's "New Deal."

Government Pensions and the Enormous Burden on our Children and Grandchildren

A recent report out of Mesa, Arizona demonstrates the inevitable negative consequences of supposed problem-solving government programs. Audrey Glemba, a 49-year-old triathlon runner, became a medically-retired police officer collecting worker's compensation for an injury she claimed prevented her from working. Taxpayers in her city are now paying her $508 a month, in addition to medical retirement benefits.

Democracy and Power 103: Government MoneyIn general, the art of government consists in taking as much money as possible from one party of the citizens to give to the other. —Voltaire (1764)Politicians transfer money from productive people to favored special interest groups.

Personal Freedom and Prosperity 102: Acquiring and Possessing PropertyThat all Men are born equally free and independent, and have certain inherent natural Right…; among which are the Enjoyment of Life and Liberty, with the Means of acquiring and possessing Property, and pursuing and obtaining Happiness and Safety. —Virginia Declaration of Rights (1776)

The Lie of Obama's Fairness Doctrine

Yesterday, President Obama made a speech in which he essentially declared that the rest of his presidency would be spent chasing a dream of societal equality, in the name of fairness. The concept of fairness in America has been horribly and tragically distorted by this administration.

Personal Freedom and Prosperity 110: The Rule of LawA government with moral and legal authority promulgates written rules and universally, impartially and uniformly enforces the rules, which provides a predictable and stable legal order on which to base economic and personal decisions. The law prevails, not the proclamation or arbitrary decision of a ruler, government bureaucrat, the enforcer (e.g., policeman) or judge.