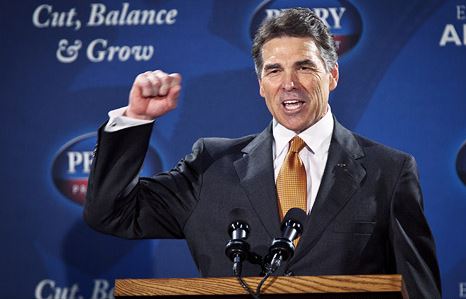 But it doesn't take sparring in the media, or national debates to tell the story. Actions define Texas as the clear cut leader in economic policies, making them the true Empire State for business.

During the back and forth between two possible presidential candidates in 2016, Cuomo has seemingly only one strong counterpoint in the business economic debate - a $100 million program called Start-Up NY, an initiative designed to allow businesses that locate in close proximity to state college campuses to be rewarded with 10 years of tax free operations.

New York Assemblyman Steve McLaughlin claims that the initiative was originally named the "tax free zone" act, but was renamed because "people saw it for what it is - a scam that will do virtually nothing to help NY."

McLaughlin also claims that Cuomo has been shelling out $140 million in taxpayer money promoting the Start-Up NY program, along with advertisements trying to convince job creators that New York is "Open for Business" to no avail. "Zero companies have signed on for this so far," he posted.

During a previous debate McLaughlin added, "Picking winners and losers through centralized planning has never, and will never work."

Yet this is the big economic idea that Governor Cuomo has used in trying to lure businesses to his state. A state which ranks dead last for economic freedoms, last for business and business friendliness, and is one of the top 5 states people are fleeing.

It isn't simply New York's failures that make this debate so one-sided. It's Texas' accomplishments as well.

According to the Washington Post, "Texas experienced stronger job growth than the rest of the nation from 2000 to 2013" while simultaneously "lead(ing) the nation in creation of jobs at all pay levels."

An in-depth report by Crain's also shows disparity in the tale of the tape:

Even more recently, and perhaps more effective than analyzing numbers over years past, Texas has delivered a knockout blow with the latest business related announcement - Toyota, the world's largest automaker, has announced they will be moving their headquarters from California to Texas.

The Associated Press described the move as watching Toyota move from "the nation's leading blue state for its No. 1 red one."

"It's a walk-off home run for Perry," said Republican political strategist Mark McKinnon, a top adviser in the presidential campaigns of John McCain and George W. Bush. "His jobs and economy narrative is now complete and real."

Whether it is a walk-off home run, a TKO, or a straight-up knockout, Governor Perry and the state of Texas have facts, economic policies, and tangible business moves to lay claim to being the true Empire State in this debate. Perhaps one day Governor Cuomo will Start-Up an initiative that will imitate such success.

There are two sides to every story. For starters, its not like all Texas had to do was "convince" companies to relocate to their state. They did so by paying those companies a LOT of money to do so.

Secondly, as someone who actually looked into moving to TX, anyone who wants to buy a house there should consider the property taxes you have to pay: Its HIGH. Really high. So its not like TX is some taxless paradise by any means ( That and be prepared to shell out tons of money for your AC bills)

Thirdly, since this article draws comparisons between NY and TX, might as well continue on in that vein. There are comparisons between the two actually: At one point NY and most of the east coast were the manufacturing powerhouses of the world. Smokestacks and assemblylines as far as the eye could see. Likewise there were few regulations both in terms of environmental and safety issues. Companies freely dumped PCBs into the Hudson river. At the time PCBs were deemed harmless. As of now the Hudson is one of the largest superfund sites in the country due to those PCBs, which incidentally are very persistent in the environment- aka- they take a LONG time to dissipate.
Why am I bringing this up? Because I am a Southern native and yes- when I was a kid the area was economically depressed. My state also benefits from the enormous amount of incoming manufacturing jobs. I have no doubt that most of those companies do so in an appropriate manner. But when I see states like TX that eagerly and happily encourage fracking and looser environmental regulations, one should consider what happened to NY with their embrace of the very same attitude. Fracking, just like PCBs, is a new industrial process of which the long term effects of it are not fully known. So while the eagerness of TX to take the money and open the floodgates to this practice might seem like economic ingenuity, come 20,30, or 40 years from now that same stance might come back to haunt the state just like the same did so with NY.
There is a delicate balance that needs to be met here. Its undeniable that fracking is here to stay and has its benefits. It means energy independence and security. But caution needs to be taken with this as well. While strict regulations against it are not very practical, its the same with having laxer regulations too.

A SWAT team broke through the gates of a small Arlington, Texas farm and led a massive 10-hour search of the property. The residents were handcuffed and held at gunpoint while they watched more than 10 tons of their property hauled off in trucks.What dangerous contraband required this massive governmental response? It wasn’t illegal explosives, stolen vehicles or drugs, but rather organic blackberry bushes, okra plants, and sunflowers.

Personal Freedom and Prosperity 102: Acquiring and Possessing PropertyThat all Men are born equally free and independent, and have certain inherent natural Right…; among which are the Enjoyment of Life and Liberty, with the Means of acquiring and possessing Property, and pursuing and obtaining Happiness and Safety. —Virginia Declaration of Rights (1776)

New data shows Houston pulling ahead of New York City as the largest goods exporting region in the country. The cause? Texas' thriving economic climate, regulatory friendly environment, and energy boom. The state of Texas has been the nation's leading exporter for eleven consecutive years, so the shift in goods exports dominance isn't exactly surprising, but is certainly noteworthy.