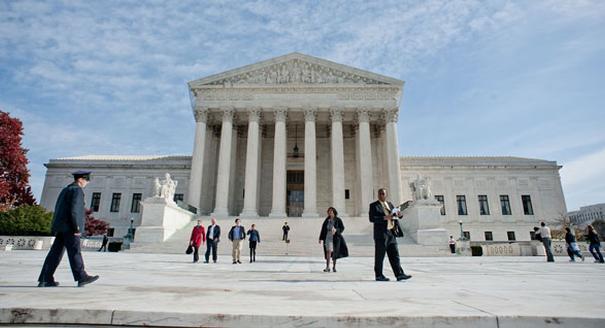 This case is the origination of judicial review: the principle that the Supreme Court has the authority to strike down or uphold the constitutionality of laws. This power does not appear in the Constitution—but the consequences affect the entire history of the United States. Read more here.

The American Sugar Refining Company had acquired a 98% market share of the sugar refining industry—raising concerns about monopoly and violating the Sherman Antitrust Act. The Court found that, since manufacturing was not interstate commerce, the Sherman Act did not apply—limiting federal power. Read more here.

The State of New York tried to limit the number of hours bakers could work in a week. The Court struck down this law as an unconstitutional breach between freely contracting employers and employees. This is a rare example of a correct ruling that would later be decimated. Read more here.

A Louisville, Kentucky ordinance prohibited the sale of a house in a white majority neighborhood to Warley, a black man. The Court found the ordinance unconstitutional, and that the freedom of contract guaranteed by the Fourteenth Amendment could not be violated. Read more here.

This case built off the E.C. Knight Co. decision, with the Court ruling that “interstate commerce” only applies to the actual act of commerce, or transactions. Congress only has the authority to regulate commerce, not other business activity. Read more here.

The New Deal Agricultural Adjustment Act (AAA) imposed taxes on certain farmers, while the revenue was paid to other farmers who promised to decrease their production—driving up prices. The Court found these taxes unconstitutional under the Tenth Amendment. Read more here.

A South Carolina law prohibited Lucas from building homes on his own property, making them essentially valueless. The Court ruled that this action required Lucas receive just compensation under the Eminent Domain clause of the Constitution. Read more here.

Michigan and New York passed protectionist laws that allowed direct shipping of wine for in-state firms but not out-of-state firms. The Court ruled that this violated the Commerce Clause, which guarantees free trade among the states. Read more here.