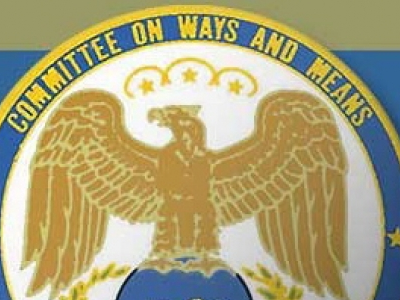 The Ways and Means Committee is working to repeal ObamaCare

The House Ways and Means Committee has advanced legislation that would repeal most of ObamaCare, including the individual and employer mandates, as well as multiple taxes imposed by the Affordable Care Act.

The language would employ the budget reconciliation process, which is able to bypass a Senate filibuster and pass with a simple majority in both houses of Congress. Republicans have been promising to do this for some time, and FreedomWorks has consistently supported these efforts.

The reconciliation process works by passing a bill that brings spending numbers in line with the two reconciliation bills passed earlier this year. It’s the same procedural move that allowed Democrats to pass ObamaCare without a single Republican vote back in 2010.

The question on everyone’s lips will, of course be this: so what if Congress passes ObamaCare repeal? The president will just veto it. This is certainly true. There’s no way Obama will allow his signature achievement to be repealed while he is in office. Still, placing a repeal bill on the president’s desk sends an important signal to voters.

The big knock on this Republican Congress is that they got voted in to do a job, and then promptly sat on their hands. Harry Reid might as well still be running the Senate and John Boehner has been such a disappointment that his own party forced him to resign. Sending an ObamaCare repeal bill to the president’s desk would be an important step to demonstrate to voters that Republicans – at least some of them – are capable of governing and keeping their promises to the electorate.

This is especially important given the upcoming presidential elections. If the perception is that electing Republicans yields no change and none of the promised reforms, people will have no reason to show up at the polls. On the other hand, if the only obstacle to getting rid of the most damaging, big-government entitlement program in decades is a Democrat in the White House with a veto pen, people will be more motivated to seek a real change.

The bill passed out of Ways and Means still has to go to the budget committee, where it will be combined with other reforms to be included in the reconciliation process before it finally comes to a floor vote. If Republicans are at all serious about real, patient-centered health care reform, they will advance and pass this bill as quickly as possible. It’s time to start proving to the American people that we can do better than Democrats.